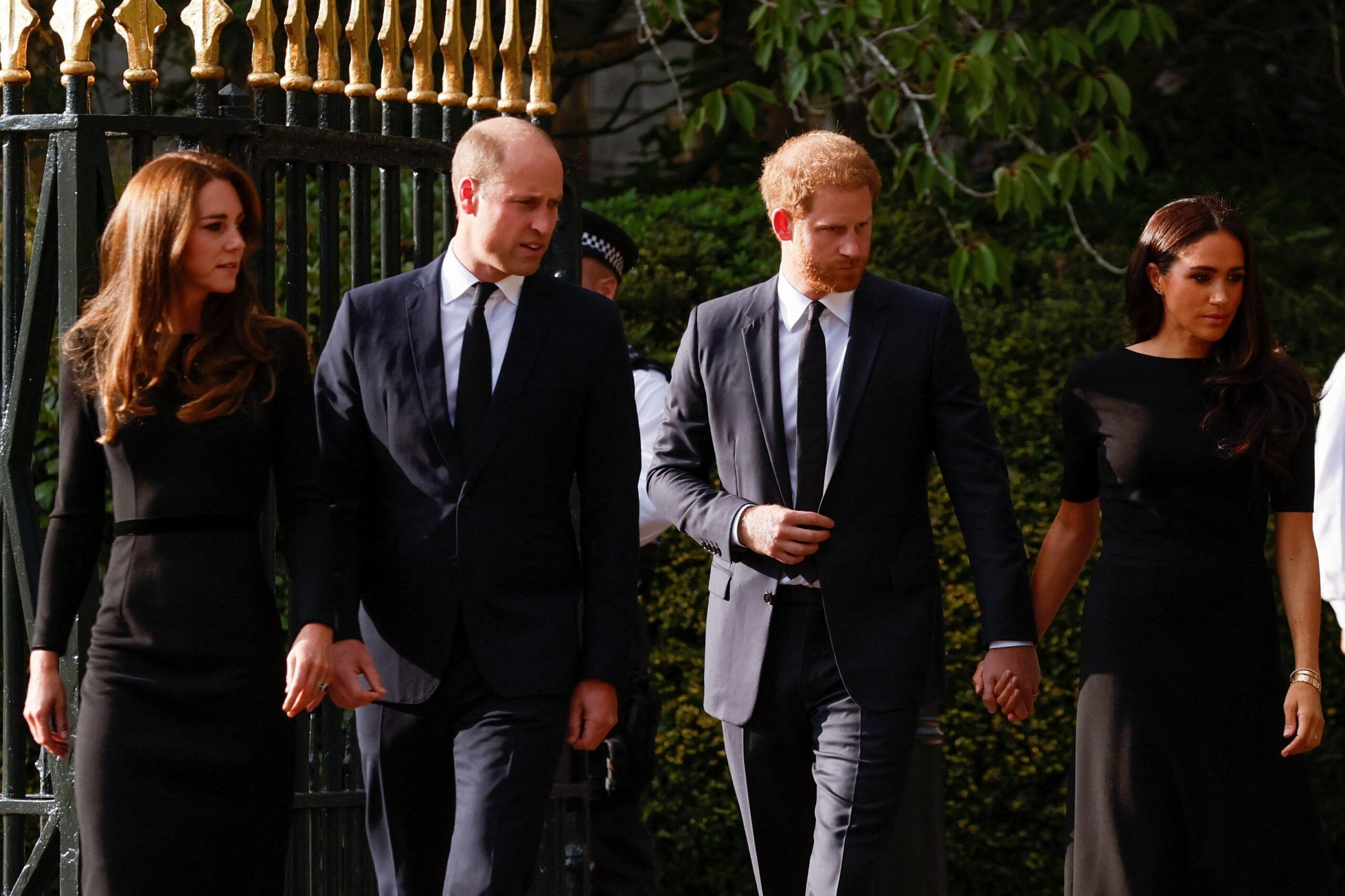 Princes William and Harry appeared this Saturday with their wives Kate and Meghan at Windsor Castlewhere they contemplated together the floral offerings to the Queen isabel IIwho died on Thursday, according to television images.

The two couples, who are considered estranged for years, they walked low to the cheers of the crowdwith whom they stopped for a long time to talk.

This happened after it was confirmed that the state funeral for the late queen will be on September 19 at 11:00 local time (10:00 GMT) at Westminster Abbey in London, Buckingham Palace announced. That date, Monday, will be a public holiday throughout the United Kingdom.as authorized today in one of his first orders by the new monarch, Carlos III.

The presence of important world leaders is expected, including the president of the United States, Joe Bidenand representatives of royal houses at the funeral for Elizabeth II, who died Thursday at Balmoral Castle, Scotland, at the age of 96.

Before the funeral there will be a four-day funeral shrine in Westminster Hallthe oldest building in the Parliament complex, where citizens can come to pay their respects.

According to the statement with the program scheduled for the coming days, Elizabeth II’s body rests right now in the ballroom of Balmoral Castlefrom where he will be transferred tomorrow, Sunday, by road to the Palace of Holyroodhouse, in Edinburgh.

There it will rest in the Throne Room until Monday afternoon, when it will be taken in procession to Saint Giles Cathedral in the Scottish capital.

King Carlos III and members of the Royal Family will participate in the procession and in a religious service in the cathedral to receive the coffin, which will remain there in the burning chapel so that the Scots can say goodbye to the sovereign.

One day later, on Tuesday 13, the coffin will travel from Edinburgh airport in an Army Air Force (RAF) plane to Northolt airfieldwest of London, accompanied by the Princess Anne, daughter of Elizabeth IIand from there to Buckingham Palace by car.

On Wednesday afternoon, the mortal remains will be carried in procession on a Royal Artillery carriage to Westminster, where the funeral chapel will begin until the state funeral on the 19th.

Once in Westminster Hall, the Archbishop of Canterbury, Primate of the Anglican Church, will officiate a religious service in which the King and his family will be present.

On the morning of September 19, the coffin will be carried in procession the few yards between Westminster Hall and the abbey for the funeral, at the end of which it will be carried to Wellington’s Arch and from there to St George’s Chapel in the castle. from Windsor, on the outskirts of London, along the path known as the Long Walk.

In that place a last religious service will take place before Elizabeth II is buried.

The death of Elizabeth II: is “Operation London Bridge” being carried out?