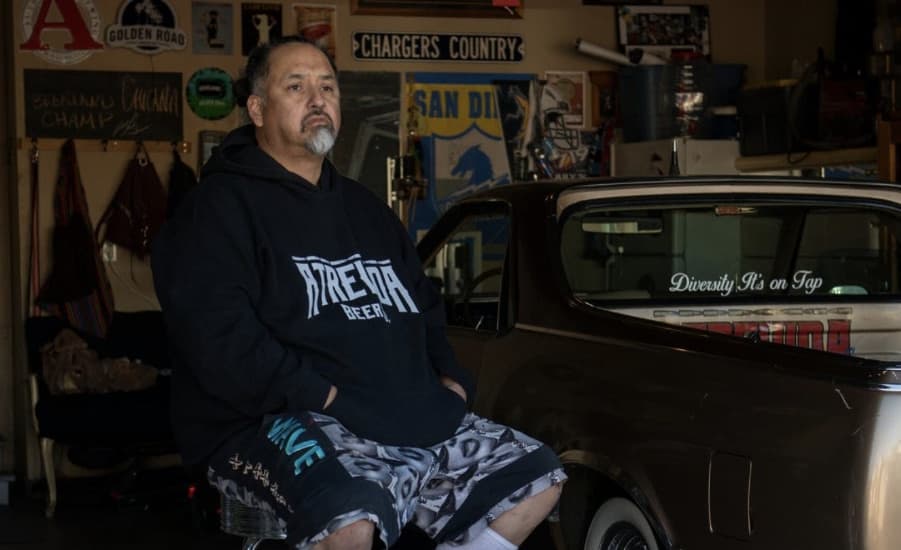 The man that last Saturday night shot dead five people in a LGBT club of the USA, was reduced by Richard Fierroa ex military who was in the local watching with his family and some friends a drag queens show and that he shot down and disarmed the attacker.

“I don’t know exactly what I did, I just went into combat mode,” Fierro said in an interview with the newspaper. The New York Timesbefore adding that at the time he thought only that he had to “kill that guy” before the attacker killed him and his family.

The suspect, a young man 22 years identified as Anderson-Lee Aldrichwho is currently in the hospital, was charged this Monday with five charges for first degree murder and another five for hate crime.

The event occurred last Saturday at midnight in a local for adults in the state of Colorado called Club Qwhich hosts among other activities cross-dressing shows.

According to Fierro’s story, which according to the newspaper was 15 years in the ArmyWhen he heard the shots, he got up from the table and went to where the gunman was, who was running towards the patio, where dozens of customers had fled.

When she got to him, she grabbed a strap on the vest he was wearing, yanked it loose, and lunged at him.

He said that the man was wearing a military style rifle and that he tried to take it off. But then she saw that too carried a gun.

“I took the gun out of his hand and started hitting him on the head, over and over again,” Fierro said, explaining to the New York Timesthat after asking for help, a client took the rifle the assailant and a drag dancer stomped on him with her heels.

Fierro confessed to the newspaper that when the police arrived he was covered in blood and thought there was killed the attackerwho was revived by the health care services, while the agents handcuffed and held Fierro for an hour.

According to the newspaper The New York Times, When the police arrived at the premises, Fierro began to shout as if he were again in combat with the army: “There are victims. We have casualties. I need a doctor now. It’s all clear.”

When she realized what was happening, she frantically circled in the dark looking for her family and friends. One of them was shot several times in the chest and arm, the other received a bullet wound in the leg.

“saved many livess”, said the mayor of Mayor of Colorado Springs, John Suthers. “I was surprised by his humility. I have never come across a person who would do such heroic deeds and be so humble about it.”

The Police explained on Sunday that they received an alert call at around 11:56 p.m. local time and that a few minutes later several patrols went to the place, where they arrested the attacker and put him in custody.

A total of 25 people were injured and at least 13 were still admitted this Monday morning.

This Monday, Mayor John Suthers along with other local and state authorities highlighted the actions of the war veteran Richard Fierro to prevent an even bigger massacre at Club Q.

Fierro, 45, was a member of the US Army until 2013, retiring with the rank of major and with decorations, the New York Times reported.

In an interview with local media, Jessica FierroFierro, the veteran’s wife, claimed that her husband was the one who “knocked the shooter down” and “made him drop his weapons,” including a pistol that Fierro used to hit Aldrich. In the midst of “absolute chaos,” Jessica said, her husband took charge, asking for someone to call the police as the former soldier wrestled with Aldrich.

As a result of your actions, Fierro received injuries to his hands, knees and ankles.. Jessica and her daughter escaped into the yard, but the woman still received minor injuries and the young woman fractured one of her knees. For his part, the veteran is being treated for the possibility that the incident triggers an episode of post-traumatic stress, his wife reported.

According to the police report, another client of the club, whose name was not disclosed, would have helped Fierro.

In 2021 Aldrich’s mother had reported him to the local police precisely for violent behavior and possession of weapons.

(With information from EFE and The New York Times)

Shooting at a Colorado nightclub: at least 5 dead and 18 injured

Massacre at a Colorado LGBT nightclub: the attacker was stopped by a heroic assistant

Being a woman in Qatar