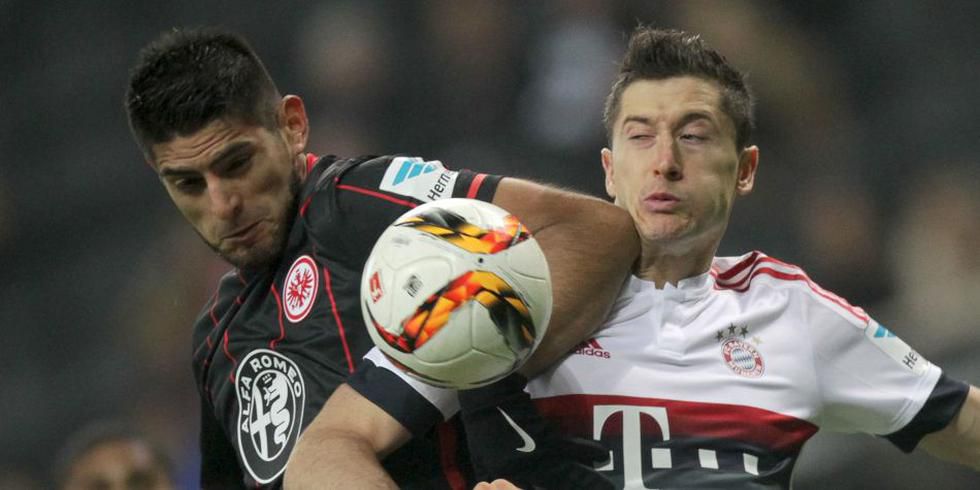 Perseverance and obstinacy led to Robert Lewandowski to become one of the most important centre-forwards in the world. The Pole made history at Bayern Munich and today he dreams big with Barcelona, ​​on the eve of his participation in the 2022 Qatar World Cup with his national team. But there was a defender who had him to mistreat: It is the Peruvian Carlos Zambrano.

It was in times when they faced each other for the Bundesliga in which the South American made the Pole feel the rigor. This is how he told it in an interview given to the media Kwartalnik Sportowy: “There was a player named Zambrano, from Eintracht Frankfurt. All he wanted to do was break my leg, his focus was not on the ball.”

The defender trained in Alianza Lima did not make his debut in his country and did so as a professional in German football. After serving at Schalke 04, he went through FC St. Pauli and ended up in 2012 at Eintracht Frankfurt, where he stayed four seasons with great continuity. There the individual duels took place with Lewandowski, who faced him first with the 9 of Borussia Dortmund and later with that of Bayern.

“I got irritated when the referee wasn’t looking at it. Defenders can do more than forwards many times. It’s not a fair fight.”, was the other reflection that the 34-year-old attacker made when asked which rival had made him angrier in a game. The concrete thing is that the possibility of them crossing paths in the next World Cup vanished when Peru lost the international playoff against Australia on June 13, in Doha.

In general, Lewa is characterized by his cold character and serenity to define in the areas. Zambrano also noticed this, linking the theme: “There were times when I got irritated, but I think that most of the time that (being hit) helps me wake up, be more focused, try to be more cunning than my opponents. Sometimes it bothers me that they don’t hit me in a match, because they are things that give me energy. Irritation is a positive thing for me, it gives me extra fuel”.

He added: “I’ve played against all kinds of defenders, so I don’t care who you put me with, it won’t affect me negatively.”