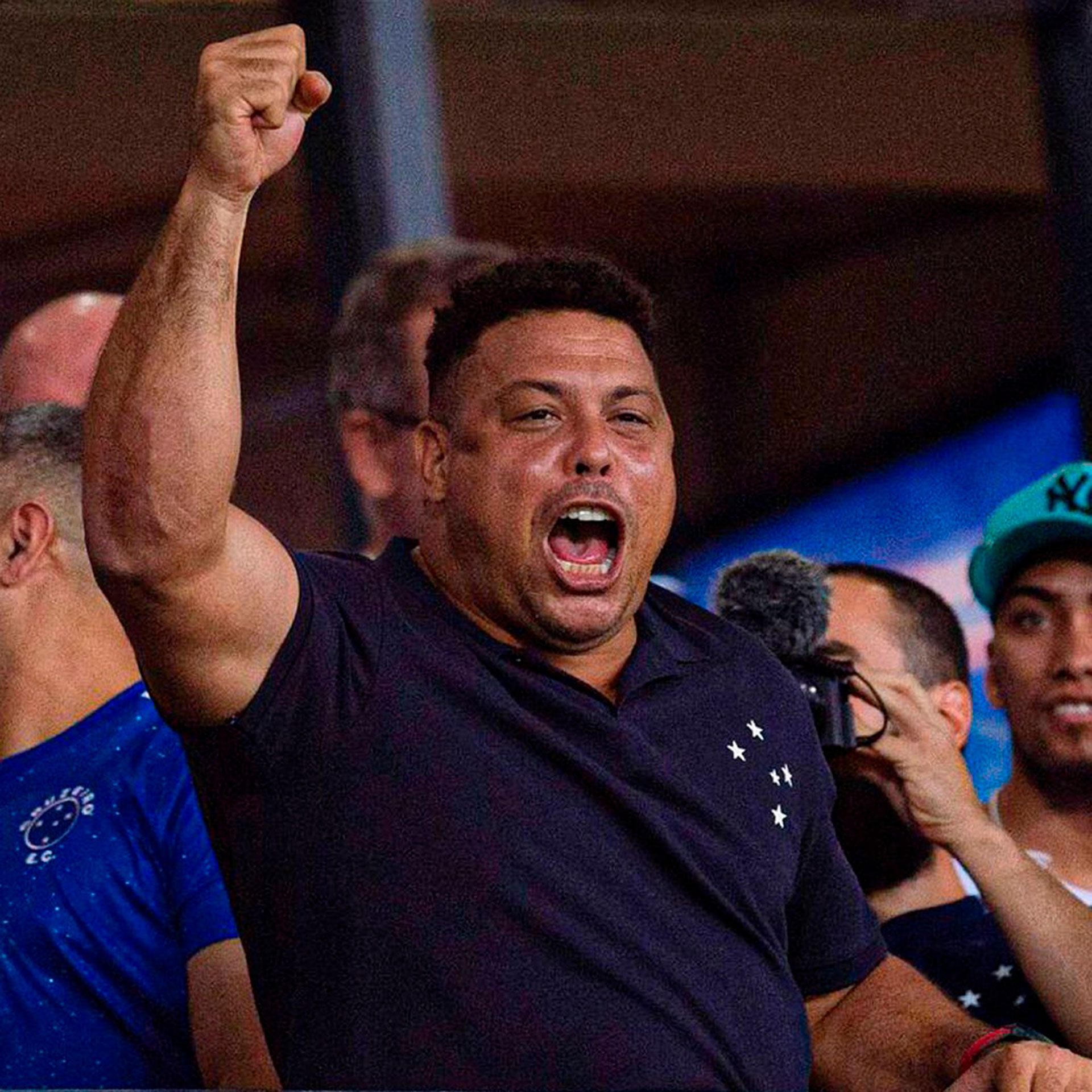 The Cruzeiro, owned by the Brazilian star Ronaldowas finally able to party after guaranteeing his return in 2023 to the first division of Brazilian footballafter playing for three seasons in Serie B.

The celestial, directed by the Uruguayan Paulo Pezzolano, sealed their ticket back to A seven dates in advance after beating Vasco da Gama of Rio de Janeiro 3-0. Midfielder Machado (25), Edu (60) and attacker Henrique Luvannor (86) gave the hosts the win at the packed Mineirão stadium in Belo Horizonte.

Leader of Brasileirao B, with 68 points in 31 gamesCruzeiro was left with one of the four passes to the first division. Gremio, Bahia, Vasco, Londrina and Sport Recife, among others, they fight for the remaining three seats.

The return to A is Ronaldo’s first big win in command of the celestialafter definitely buying in April 90% of the shares with a promise of investment that can reach about 77 million dollars at the current exchange rate in the next five years.

World champion with Brazil in 2002 and twice Ballon d’Or (1997 and 2002), the former Real Madrid attacker made his professional debut in 1993 at Cruzeiroone of the traditional Brazilian teams that It has fallen apart in recent years.

the ascent “It is the icing on the cake, we did a lot to achieve this”assured the former striker excitedly at the end of the match, although he warned of the financial difficulties of the institution.

Last year owed almost 140 million dollarsaccording to a report by the consultancy summonedspecializing in investments in football.

“We deserve it, we work hard. Despite the immense difficulty we are going through financially, we have a talented team and We have compensated for the lack of money with sacrifice, football and a lot of talent”Ronaldo stated.

The convulsive situation in the desks moved to the field: in 2019 it descended for the first time in its history centennial and in 2020 and 2021 flirted with the third division.

His non-payments to other clubs led him at some point FIFA sanctionssuch as a ban on hiring soccer players and loss of points.

Nevertheless, the arrival of Ronaldo oxygenated the club. In his first season in command, the also owner of Real Valladolid, of the Spanish first division, He opted for players who pay little cartel and the technical abilities of Pezzolano, a young 39-year-old coach. The move paid off and the Celestes will return to the Brazilian elite in 2023.

“We worked hard to deserve this and tonight was special. All the players deserve it and especially the fans. After three years, today is a day of glory. It’s very nice, thanks for the trust and Now we are going to start thinking about what is coming.” sentenced The phenomenon from the playing field in the middle of the festivities.

Ronaldo, intimate: the origin of his name, his meeting with Jordan and why he apologizes to all mothers