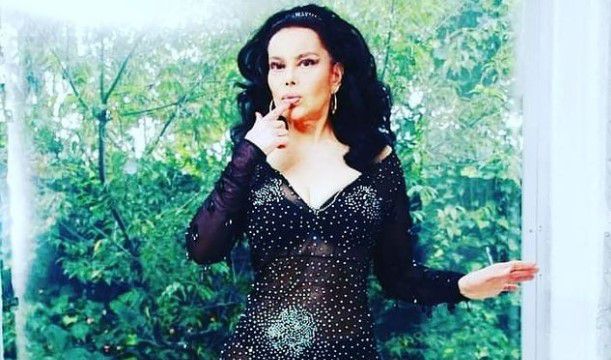 Rossy Mendoza was hospitalized in StarMédica by a pulmonary thrombosis. The famous Mexican star has been receiving medical attention for approximately six days in the same hospital where she is currently hospitalized. Carmelita Salinas, who since last November 10 remains in a coma due to a stroke.

Silvanna Duran, daughter of Rossy Mendoza, announced the unfortunate news on the program First hand. According to her statements, it was the same day that Carmen Salinas fainted at home that the 71-year-old star also felt bad while resting in a room in her home.

“Last Wednesday I was going to work and she calls me at 6:30 from the room upstairs, she says: ‘Silvanna, take me to the hospital, I don’t feel well.” I already knew, I said no way. I brought her to the emergency room, they were doing studies, her family doctor came and it turns out that around 7, 8 she manifested that she had a clot in one of the legs and in one of the lungs ”, Silvanna said.

The daughter of the actress commented that her mother has Lupus, a disease characterized by attacking cells and tissues. Silvanna confessed that the star has been surviving with this condition for approximately 40 years, since it was detected when she was only 31 years old.

“Thank God, with the extreme care, have a survival, because you know that with that disease you live a maximum of twenty years”, Said the also actress to the journalist Gustavo Adolfo Infante.

However, he also mentioned that Rossy Mendoza’s health has faltered in recent weeks, because barely a month ago she was admitted to the hospital because she felt bad, but she still decided to go home.

“He had a pulmonary thrombosis. We did not know what it had. She was here in the hospital for a month and because of her pants she was discharged, and then I had to return her to the house. I saw that she did not show improvement, that on the contrary, every day she was getting worse, “he added.

Maria del Rosario Mendoza, better known in show business as Rossy Mendoza, was born on June 6, 1950 in Nayarit. When she was a child, the actress’s family moved to Sonora, a space where years later she had her first approach to entertainment as a presenter.

Rossy Mendoza quickly caught the attention of the Mexican public for his spectacular figure and soon the first offers were presented to him to join the shows of the moment. Thus, the actress began to work at the Lyric Theater located in Mexico City where she delighted more than one.

In 1971, the vedette jumped to the big screen with important productions of the moment together with great artists. The first movie he made was Capulina against vampires, where he shared credits with the famous comedy actor Gaspar Henaine, Juan Gallardo, Armando Acosta and Sara Benítez.

Within his career, the tape also stands out Santo against kidnappers. On that occasion, Rossy Mendoza starred in the production alongside the legendary Mexican wrestler El Santo, Fernando Osés and Ernesto Albán. He also collaborated on The greengrocers, one of the films of the Cinema of Ficheras most remembered today. There, the actress worked hand in hand with the representatives of the genre: Alfonso Zayas, Luis de Alba and José René Ruiz.

This project was not the only one that Mendoza carried out, as it also appeared in The day of the masons, Sex felt, Three hot Mexicans, How good my goddaughter is and The rooftop cats, among many more.

Gustavo Adolfo Infante against Lyn May for trying to see Carmen Salinas in the hospital: “He watered her down”