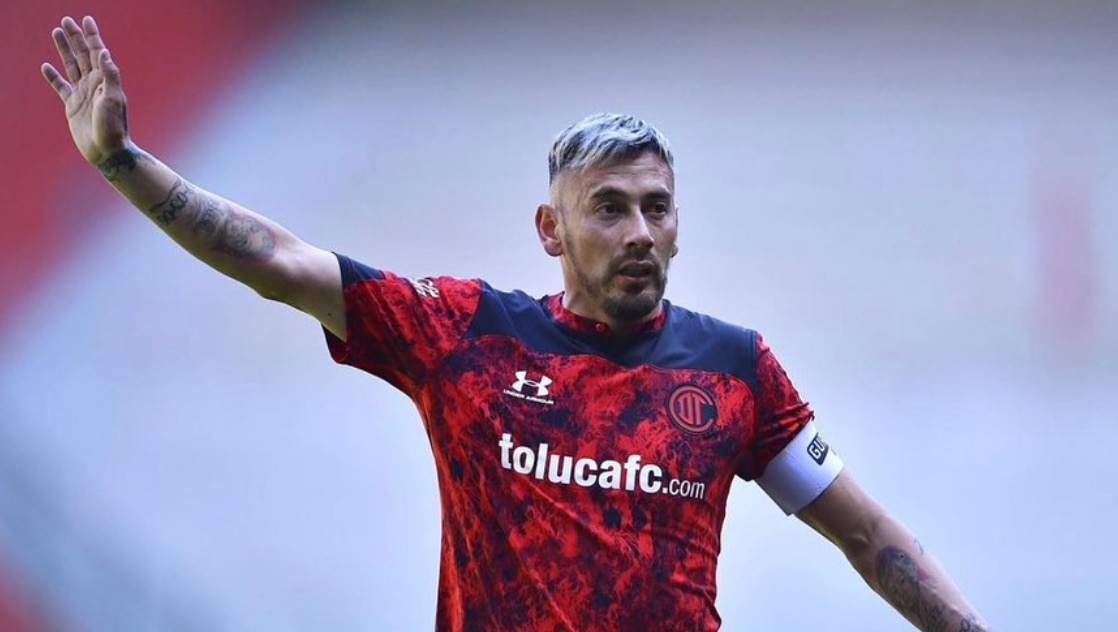 Vacation Rubens Sambueza began after the fall of the Red Devils of Toluca before the Pumas of the UNAM in the repechage phase of the Grita México Apertura 2021 tournament. The midfielder from the Mexican team had the opportunity to visit his brother Fabian Sambueza, who plays for the Junior de Barranquilla de Colombia.

After a few days of stay, the footballers were victims of an armed robbery by two subjects whose whereabouts are still unknown. Thus, the Colombian police offered a large amount of money to find those responsible for the vandalism.

Through a statement, the authority asked for help from the population to find the alleged criminals: “Thanks to security cameras in the sector se have compiled characteristics of those responsible and part of the route that they took in their flight has been established, “said the Police before announcing a reward of 10 million Colombian pesos to anyone who provides information.”

The robbery occurred a few hours ago, but the information has recently taken a stir, as the images of the exact moment in which the Ambueza brothers were stripped his belongings. The event occurred when the youngest of the players received his relative at his home, located in the Alto Prado neighborhood. They were on top of a white vehicle and then they lowered the glass to attend to what appears to be the caretaker of Fabian’s housing unit. At that moment, two men approached. One of them threatened the driver of the car with a pistol while the second remained on top of a motorcycle. After carrying out the assault, they fled with the stolen material.

According to the authorities and the statement of both players, the assailants took a gold ring from Fabian, while at 10 of the Choriceros from Toluca they took a watch from the brand Rolex, firm that is known for designing high-end, quality accessories with a high price.

Junior’s militant declared that he was saddened by the way he received his brother, but emphasized that the most important thing was health and that no major harm had happened to them.

“Was a Rolex, they were going for that. They were probably following us. Around there I found out that there is a band that is dedicated to that and they mark you from the airport. Sad for the welcome they give to our family. Thank God we are well and it did not happen to adults. While we lost some valuables, the most important thing is that we are fine”Fabian commented.

In this way, it is hoped that the police of the South American country can recover the jewels that were taken. Rubens and Fabian will stay and go on with their vacation.

On the one hand, the ward of Hernán Cristante will have to report for him Closing 2022 in the coming days. Although it is not yet known which day the tournament will start, it is known that there will be modifications given the circumstances that lie ahead for the World Cup. Qatar 2022.

Toluca closed its participation in the Opening 2021 with Rubens being the base of the South American strategist’s lineup. After 17 days they managed to carry out the amount of 24 points and stay in the sixth position of the general table. The extension of the contract for the midfielder occurred in June for one more season. That way, there will be at least one more tournament with Toluca.