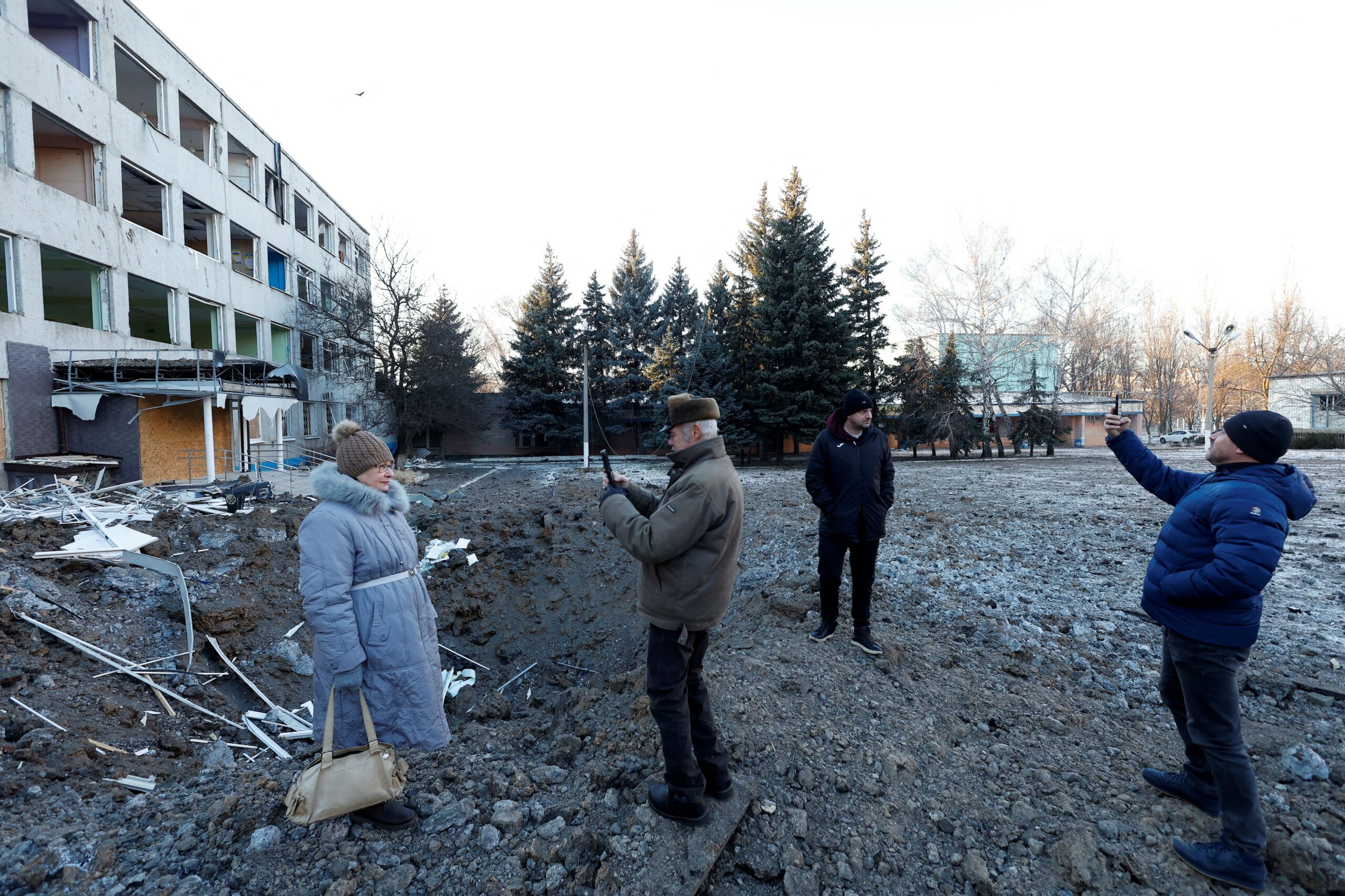 A Russian rocket attack against the Ukrainian city of Kramatorsk caused damage but it did not destroy buildings and there are no obvious signs of casualtiessaid a witness Reuters on Sunday, after Russia said the bombing had killed 600 Ukrainian soldiers.

reporters from Reuters They visited the two university dormitories that, according to the Russian Defense Ministry, temporarily housed Ukrainian servicemen near the front line at the time of the night attack.

Neither appeared to have been directly hit by the missiles or seriously damaged.. There were no obvious signs that the soldiers had been staying there and there was no sign of corpses or blood.

In shelter 47, just a few broken windows were visible, next to a patio with a large crater.

The other building mentioned by the Russian Defense Ministry, the shelter 28, was intact. At about 50 meters, near some garages, there was another crater.

kyiv authorities had no immediate comment on the attack or the Russian claim of hundreds of casualties. The mayor of Kramatorsk had earlier stated that there had been no casualties.

The Russian Defense Ministry said on Sunday that the rocket attack was a retaliation for a Ukrainian one earlier this year against a Russian barracks in Makiivkain the part of the Donetsk region controlled by Moscow forces, in which at least 89 soldiers died, according to the official Russian balance, while the unofficial numbers are much higher.

The Russian ministry said in a statement that it had used what it called reliable information to attack Ukrainian troops. More than 700 Ukrainian soldiers had been housed in one shelter and more than 600 in another, he said.

“As a result of a massive missile attack against these temporary deployment points of units of the Ukrainian Army, more than 600 Ukrainian soldiers were destroyed,” the Defense Ministry said. He did not provide further evidence.

If true, it would be the biggest loss of Ukrainian military since the Russian invasion began on February 24 last year.

Neither side of the bloody war, which has entered its eleventh month, usually reveals its losses.

Pavlo Kyrylenko, the Ukrainian governor of Donetsk, had earlier stated that Russia had launched seven missile attacks on Kramatorsk.

Oleksandr Honcharenko, the mayor of Kramatorsk, said early Sunday that the attack had damaged two educational centers and eight apartment buildings and garages, but there were no casualties.

Ukraine is believed to have stopped housing troops together following a Russian missile attack on a base in western Ukraine in March, which killed dozens of people.

The practice of housing soldiers together was also exposed after the Ukrainian attack on Makiivka earlier this month. Russian military commanders came under heavy criticism in Russia for failing to disperse their forces.