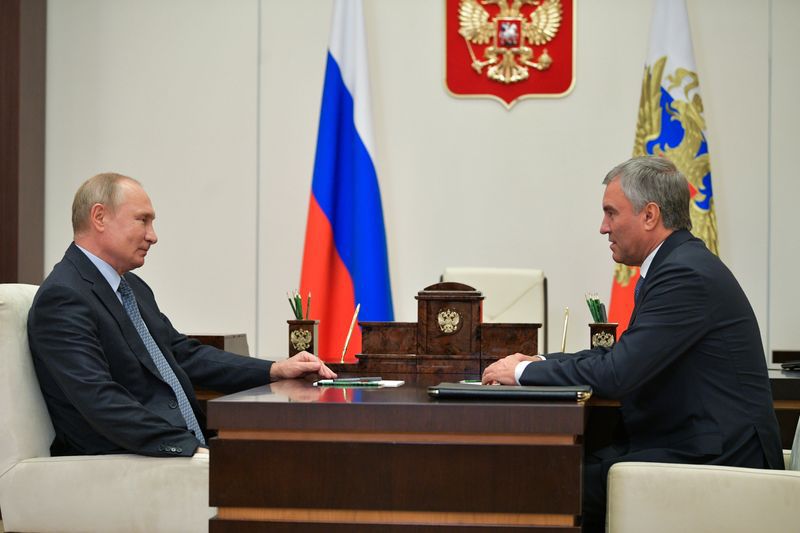 The Chairman of the State Duma, or Russian Chamber of Deputies, Vyacheslav Volodin, warned on Sunday that supplies of attack weapons to Ukraine would cause a “global catastrophe,” in a fresh warning from Moscow to Western support for kyiv.

“Offensive weapons supplies to the kyiv regime will lead to a global catastrophe”, wrote Volodin, on his Telegram channel.

He stressed that if the United States and its NATO allies send weapons to Ukraine that are used to attack cities and try to capture Russian territories, there will be “response measures with the use of more powerful weapons.”

The leader of the Duma urged parliamentarians from the US, Germany and other European countries to “become aware of their responsibility before humanity.”

With your decisions Washington and Brussels lead the world into a terrible war”, he stressed.

Volodin indicated that Western politicians must understand that, “given the technological superiority of Russian weapons,” offensive weapons supplies to Ukraine may end in a “world-wide tragedy that will destroy your countries.”

“The arguments that the nuclear powers have never used weapons of mass destruction in local conflicts are not sustained,” said the legislator, who explained that these states “have not seen the security of their citizens or their territorial integrity threatened.”

According to Moscow’s military doctrine, Russia reserves the right to use nuclear weapons not only to respond to a nuclear attack or other weapons of mass destruction against itself and its allies, but also in the event of being subjected to armed aggression. conventions that threaten the existence of the State.

This week the Kremlin had issued strong warning statements regarding support from the West.

Putin’s government threatened an escalation in Ukraine on Thursday if the West provided the pro-Western country with more weapons capable of hitting Russia. “Potentially, this is extremely dangerous, it will mean take conflict to a whole new levelwhich, of course, does not bode well from the point of view of global and pan-European security,” government spokesman Dmitry Peskov told reporters.

On the other hand, the former president Dmitry Medvedev warned that continued Western support for Ukraine could lead to a nuclear war.

“A nuclear power that loses in a conventional war can provoke the outbreak of a nuclear war,” he wrote. “The nuclear powers have not lost major conflicts on which their fate depends.”

The German chancellor met Macron in Paris and promised: “We will continue to give all our support to Ukraine for as long as it takes”

The US revealed that Russia suffered 188,000 casualties and lost more than 2,000 tanks since Putin launched the invasion of Ukraine