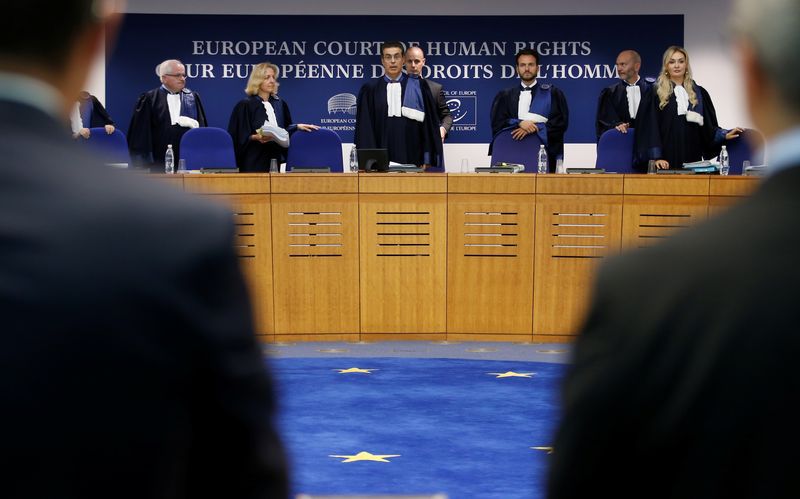 The Strasbourg Court condemned Russia on Tuesday for not having given a form of legal recognition to homosexual couples, something that has become an obligation for all countries that are part of the European Convention on Human Rights.

In its opinion, the European Court of Human Rights (ECtHR) indicates that this obligation to give “a specific legal framework” to homosexual couples that guarantees them “adequate recognition and protection of their relationships” derives from its own jurisprudence on the interpretation of article 8 of the agreement, referring to respect for private and family life.

In this case, the plaintiffs were six people of Russian nationality who make up three homosexual couples and who went to the ECHR between July 2010 and May 2014, after having failed in their attempt to obtain that recognition before the Russian Justice, after the demands before the Civil Registry to register them as married couples.

The European judges point out that Russian law did not provide for any legal status for same-sex couples when those six plaintiffs claimed it and that the situation has not changed at all since then.

They point out that the countries of the Council of Europe have a margin of appreciation on what legal formula they grant to these couples, which means that it does not necessarily have to be marriage.

But they have no doubts about the fact that Russia has not expressed any intention to change its legislation to give them some form of recognition.

ECtHR deniesfurther, the argument of the Russian authorities that this is justified to protect traditional family values, to protect minors against the promotion of homosexuality and because the majority of public opinion is against such changes.

On the one hand, it insists that the legal protection of homosexual couples does not imply any harm to traditionally constituted families nor does it compromise their future or integrity.

On the other, it points out that a majority opinion cannot deprive minority individuals of a fair treatment that prevents them from any abuse derived from a dominant position.

In other words, it would be “incompatible with the underlying values ​​of the agreement for a minority group to be able to exercise its rights only on the condition that the majority accept it.”

This condemnatory sentence, whose legal effects are more than doubtful given the political and international situation in Russia, comes after that country was excluded from the Council of Europe last March as a result of the invasion of Ukraine.

Despite everything, the treaties provided that a country that left the organization would continue to be bound by the European Convention on Human Rights for cases that reach the ECtHR up to six months later, which in the case of Russia means until September 16, 2022.

Russia further tightens its anti-gay policy and will ban all broadcasting of LGBTQ films, books and series