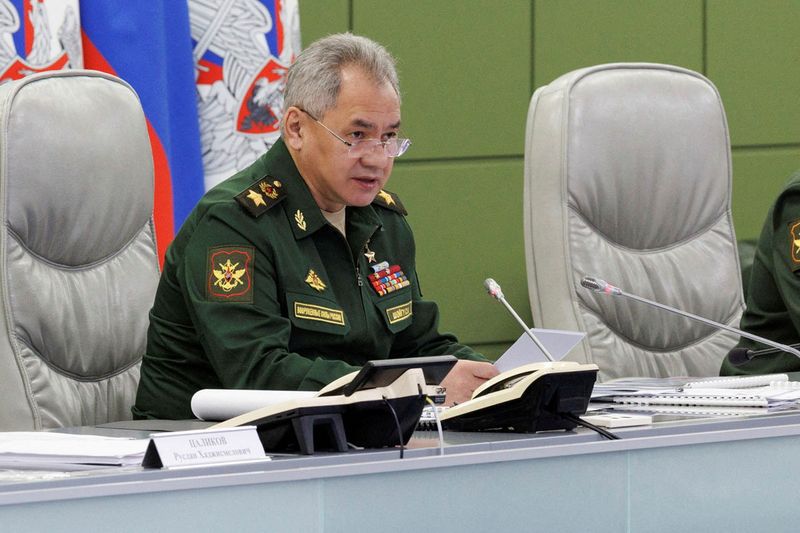 The Russian Defense Minister, Sergei Shoigudetailed that nearly 300,000 reservists will be called up within the framework of the “partial mobilization” decreed this Wednesday by the Russian president, Vladimir Putin.

“300,000 reservists will be called up,” he said in statements to the television network Rossiya 24, before specifying that this “partial mobilization” will affect 1.1 percent of the country’s mobilization resources. “This is work that will be carried out in line with a plan,” she said.

“We have enormous mobilization resources among those who have already served (in the Army), who have combat experience and military specialty. We have almost 25 million of them. It can be understood that this mobilization is partial”, as reported by the Russian news agency TASS.

For his part, Andrei Gurulev, a member of the Defense Committee of the State Duma –the Lower House of the Russian Parliament–, pointed out that “usually, the mobilization affects reservists under 50 years of age for health reasons”, as reported by the agency interface. “All the criteria have been set in advance,” he added.

Putin explained that the activities related to this mobilization will start this Wednesday and stressed that only reservists, mainly those with experience, will be called up. Before being sent to their units, they will receive additional training.

This Wednesday, the Minister of Defense Sergei Shoigu indicated that about 6,000 Russians have died in the context of the war in Ukraine, a figure that contrasts with that provided by kyiv, which today warned of more than 55,000 Russian soldiers killed in combat.

Shoigu detailed that to date they have died 5,937 Russians during hostilitiesunleashed on February 24 by the invasion order signed by the president, Vladimir Putin, days before it had recognized the independence of the self-proclaimed republics of Donetsk and Lugansk (east), the scene of a war since 2014.

“I can’t help but say that we haven’t talked about this for a long time: our casualties. Our casualties in the special operation amount to 5,937 people“, he highlighted, while highlighting the work of the doctors by ensuring that “more than 90 percent of the injured have returned to their posts.”

Likewise, He stressed that more than 61,200 Ukrainian soldiers have died, while about 49,400 have been injured. “At the initial stage, the Ukrainian Armed Forces had between 201,000 and 202,000 people, but they have suffered more than 100,000 casualties,” the Russian news agency reported. interface.

On the other hand, he stressed that the announcement of Putin over one “partial mobilization” of the population will not affect students and stressed that it will mean “close to one percent of the mobilization resources” of the country, as reported by the news agency TASS.

For its part, the General Staff of the Ukrainian Army said on its Facebook account that to date “about 55,110” Russian soldiers have died, including 300 during the last day, adding that 2,227 battle tanks have also been destroyed, 1,340 artillery systems, 168 anti-aircraft defense systems and 318 self-propelled and armored multiple rocket launchers.

With an agenda marked by the invasion of Ukraine and its consequences, the UN General Assembly 2022 begins today