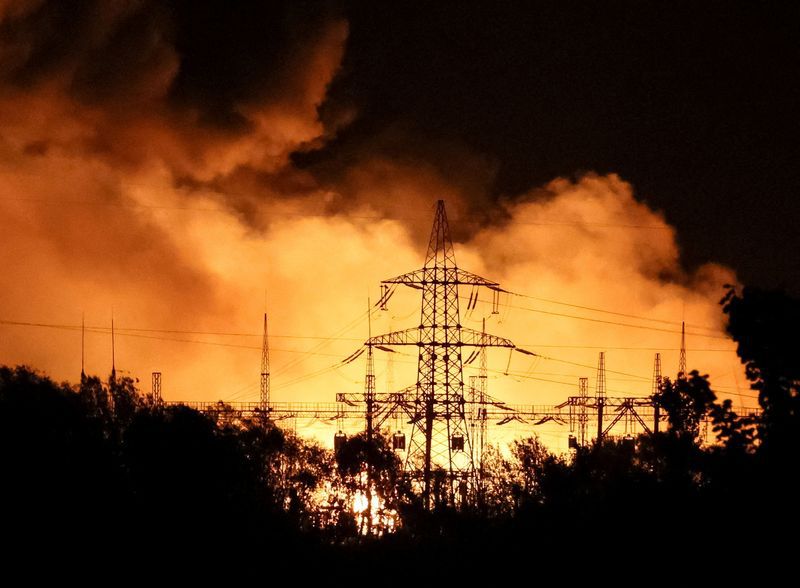 The Ukrainian counteroffensive that began last Tuesday went far beyond what Kyiv’s own generals and Western military analysts anticipated. The Ukrainians managed to liberate the strategic city of Izium -a new essential railway passes through there for the resupply of the troops- and continue their advance consolidating their position west of the Oskil River, a few kilometers from the Russian border. This launched a strong barrage of domestic criticism in Russia with hard-line nationalists calling for totally decapitate the military leadership for being incompetent and comparing the situation to the Russian defeat at the Battle of Mukden in the Russo-Japanese War of 1905.

The crisis was staged yesterday in the city of Bolgorod, just 40 kilometers from the border with Ukraine and less than 80 in a direct line from the Ukrainian city of Kharkiv. Over there Tens of thousands of pro-Russians arrived fleeing after having occupied that area of ​​the neighboring country in the last six months. Kremlin-imposed officials, school principals who gladly instructed Moscow’s views, and mayors who took office thinking they had achieved glory, tried to find a haven. They all counted the same. No one told them anything. Suddenly they saw the occupying Russian soldiers get on their trucks and tanks and flee south towards the Luhansk region. They understood that they too had to get into their vehicles and reach the border. A pro-Russian teacher recounted that her car was hit by stones thrown by some neighbors when she was running away from her house. There are also reports that large groups of Russian soldiers, disengaged from their commands, crossed the border into their country.

Ukrainian forces had begun an offensive two weeks ago to recapture the southern city of Kherson, which is the key to supplying Russian troops from the occupied Crimean peninsula. Even from there the flow of drinking water in Crimea and even electricity lines are managed. Was when the Russians neglected the eastern flank and thanks to the intelligence information provided by the United States, the Ukrainian army launched the counteroffensive in Kharkiv. The Russians were suffering from the short blanket crisis. They had withdrawn units from that oblast (province) they considered safe to reinforce Kherson’s defences. The result was that they lost Kharkiv province and advance on Luhansk which has been in the hands of pro-Russian separatists since 2014.

“Do they still think that they can intimidate us, bend us, force us to make concessions?” President Volodymyr Zelenskiy wondered in his traditional evening message. “Cold, hunger, darkness and thirst for us are not as fearful and deadly as your “friendship” and brotherhood. We will be with gas, electricity, water and food and without you”.

Military analysts in Washington and London welcome the Ukrainian advance, but call for caution. Russia still has a very large destructive firepower. In retaliation, Kremlin forces launched 18 missile strikes and 39 air strikes overnight Sunday, including one at a thermoelectric power plant that plunged parts of the city of Kharkiv into darkness, also cutting off its water supply. For now, Ukraine can only secure the region west of the Oskil Riverthat is to say that it is about 50 km from the Russian border, beyond the fact that in some areas it has reached the customs posts.

Igor Vsevolodovich Girkin, also known as Igor Strelkov, an obscure character, a former Russian intelligence agent and now Defense Minister of the pro-Russian enclave of Donetsk, was one of the first to criticize the Russian commanders for the situation. “Retiring is a strategically correct decision, despite all the losses that come with it. Units and formations saved after reorganization and reconstitution will be able to rejoin the battle. But the question is how could this happen. There is obviously a profound strategic error here. We have to rethink if these commanders are the ones who can lead us to a victory or a defeat”, he wrote in his Telegram account. And he compared the situation to the battle of Mukden, in the Russo-Japanese War of 1905, in which there was a tactical retreat on both sides, although Russia ended up bowed. The conflict profoundly transformed the balance of power in East Asia and cemented Japan as a major country on the world stage. The unexpected defeats generated discomfort among the Russians, due to their corrupt and inefficient tsarist government, and were one of the main causes that caused the 1905 revolution. that paved the political ground for the Bolshevik revolution of 1917.

For his part, the butcher of Chechnya, Ramzan Khadirov, a staunch supporter of Putin and the Kremlin, came out to express his anger at what is happening in Ukraine. He defined the Russian debacle on the eastern front as “astonishing”. “Those who had to resist to the death withdrew at the drop of a hat and handed over various towns, villages, and military technology and logistics to the enemy.. They made mistakes and I think they should draw conclusions. And he threatened to go directly to tell Putin who is responsible. “Either changes are made in the strategy, or I will be forced to talk to the leadership of the defense ministry and the leadership of the country (Putin) to explain the real situation on the ground”Khadirov said in a video he posted on Telegram. The Chechen leader maintains several units in Ukraine that he himself directs at the front.

But what really baffles Russian ultranationalists is Putin’s own attitude, which seems to be unconcerned and even resigned. On Saturday, when the Russian lines in eastern Ukraine were crumbling and Russian soldiers were running desperately towards its borders, it caused dismay in nationalist propaganda to see an unplugged Vladimir Putin participating in Moscow Day celebrations and opening a new martial arts gym in the Russian capital.

In his first public response to the Ukrainian advances, Kremlin spokesman Dmitry Peskov said that “the military operation continues” and that “it will continue until the initially set objectives are achieved.” He did not respond directly when asked if Vladimir Putin trusted how his military command was handling the situation. In the center of power in Moscow, a bittersweet weekend was experienced, while the invasion of Ukraine faltered, the fourteen Russian governors who stood for re-election supported by the official United Russia party, won the regional elections held during the last three days. The Putinists also retained control of most of the regional parliaments.

The British Ministry of Defense confirmed that Russia had ordered its troops withdraw “from the entire occupied Kharkiv Oblast west of the Oskil River.” In a video published on Sunday by the Russian Ministry of Defense, maps with the location of the troops could be seen. “It is a (Ukrainian) success that is likely to have significant implications for Russia’s overall operational design,” the official London report says.

“Ukrainian forces have inflicted a major operational defeat on Russia, recapturing almost the entire Kharkiv oblast in a swift counteroffensive,” said the Institute for the Study of War (ISW), the US thinktank that best explains this war from a military perspective. “The success was due, in part, to kyiv talking about its plans to attack Kherson in the south, which alienated the troops that had been defending the area to the east of the city of Kharkiv, which until then it was considered a quiet part of the front”, he added.

Ukrainian forces on the Russian border – the town of Hoptivka.
The battle of Kharkiv Oblast is an absolute Ukrainian victory. pic.twitter.com/SpidoQoHFW

Russian military bloggers who accompany the troops and send permanent information (propaganda) from the front said that the Kremlin’s goal was establish a new line of defense along the Oskil River, although it was unclear whether this could be achieved or whether Ukraine would be able to advance into Luhansk province, which the Russians have almost completely controlled since July. Ukrainian Luhansk Governor Serhiy Haidai said Russian troops had fled from Svatovo, some 50 kilometers east of the Oskil River, and only Ukrainians from Luhansk separatist troops remained in the region.

Military analysts warn that Ukrainian forces cannot get carried away with enthusiasm and advance without being sure to keep a safe rear. Former Ukrainian Colonel Serhiy Grabskyi warned that “going too far could leave the Ukrainian military stretched thin and vulnerable.” “Now – and it’s painful for me to say this as a Ukrainian – we have to decide where to stop,” he said. However, in the south of the country there are confirmed reports that Russian troops are also in disarray and that the Ukrainians took thousands of prisoners who were trapped in the western Dnipro River. This is a crucial area to push the Russians back to the pre-invasion borders of February 24. That is, to defeat.

Experts say that Kharkiv can mark a before and after in the Russian invasion: “Ukraine changed the course of the war”

The Chechen leader demanded urgent changes from Russia due to the losses in Ukraine: “They made mistakes”