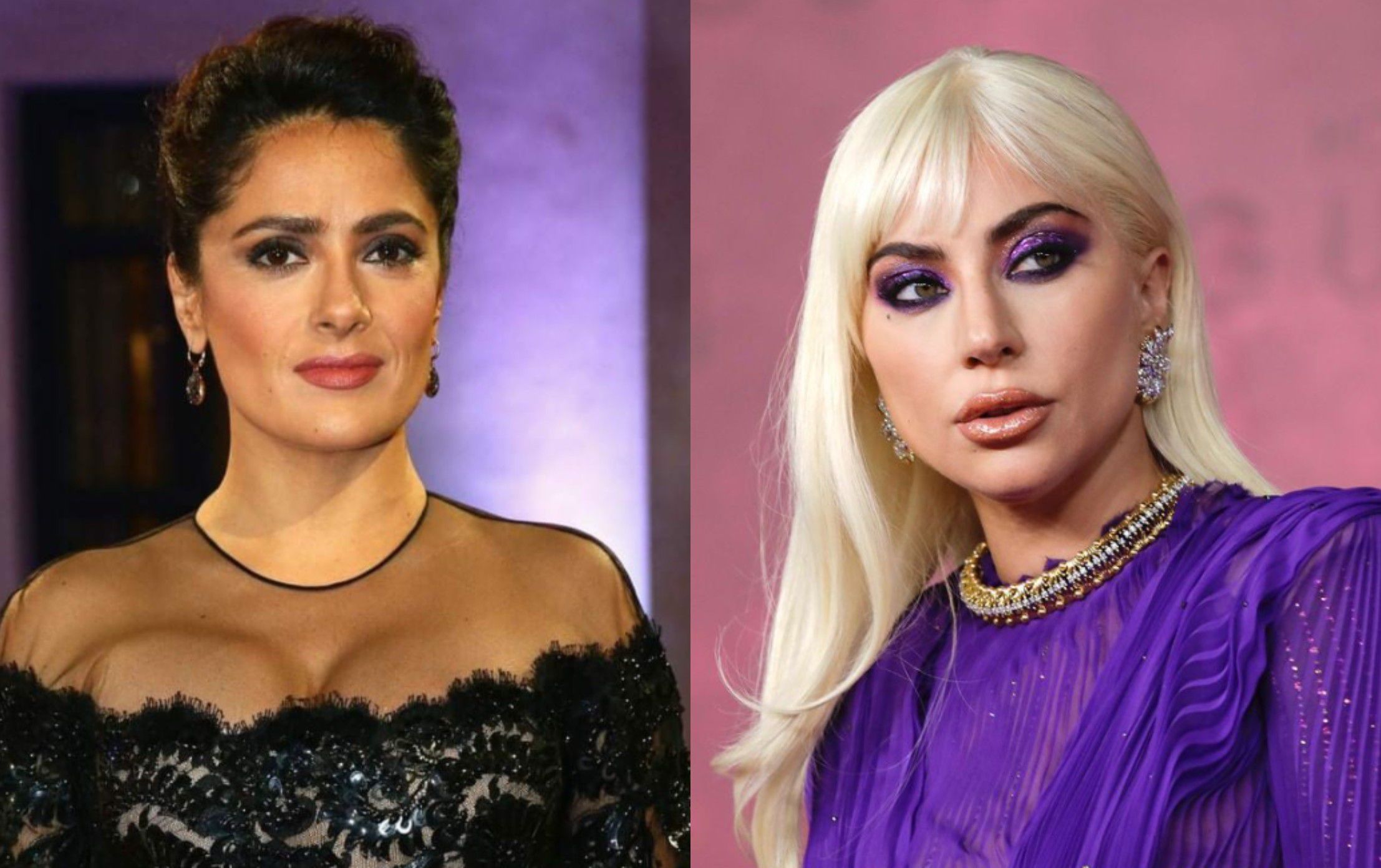 Mexican actress Salma Hayek, who is recently known for her role “Ajak” in Eternals, attended the premiere last Tuesday of his latest film House of gucci, which stars alongside big stars like Jared Leto, Adam Driver, Al Pacino and the famous performer, Lady Gaga.

In social networks a TikTok circulated where the Veracruz woman interacted with the singer of A Star is Born (A star is born) in front of the media that were in place. In the audiovisual I can see the relationship between the two. In the images you can see the moment when the singer hugged the Mexican actress and assured that it is her “Good sister”.

For its part, the new member of the Marvel Universe He replied in Spanish: “My precious little one”, but moments later he took advantage to pimp out Lady Gaga’s mom, because he assured that she is a very “Sensual” and “fiery”.

Given this, the interpreter of Shallow, confirmed what the Veracruz woman said, but recommended that she not tell her mother. Despite this, Hayek said that even if he didn’t mention it to her, “she already knew it.”. In addition, the actress of Eternals added that also Lady Gaga’s father was extremely “handsome.”

The famous film that brings together several Hollywood talents who have been on various international tours and special presentations to show the film directed by Ridley Scott and which will arrive in Mexico on November 25 of this year.

House of gucci It is inspired by the book by Sara Gay Forden in which the story of the murder of Maurizio gucci under the alleged orders of his ex-wife Patrizia Reggiani and all the mystery that this unleashed.

For Ridley Scott this is a major career turn by focusing on a true crime story. The 85-year-old filmmaker is remembered for titles such as Blade Runner, Prometheus and Gladiator.

It should be noted that Lady Gaga returned to acting after his masterful role in A star Is Born, a film that won several awards at the Oscars ceremony.

It is important to emphasize that in a special presentation they had in London, England; the native of Coatzacoalcos, Veracruz spoke about the excitement of being able to collaborate with Lady Gaga for the first time: “It was amazing working with Lady Gaga. I really wanted to be like this with her”, He asserted before the cameras of the morning Today of Televisa.

“You never knew what I was going to do and I love working with someone like that. I love its spontaneity and freshness “, concluded the actress who gives life to “Pina Auriemma” in the story of the famous fashion designer.

Currently, Salma Hayek is living a prime time as an actress in Hollywood. The Mexican actress starred in two of the most anticipated films of the year, On one side House of gucci and on the other Eternals, the most recent bet in the Marvel Cinematic Universe.

Regarding Eternals, Salma Hayek said she was happy to be a Latin superhero. At the moment of trying on the wardrobe, she felt enormous happiness and honor. In interview for Infobae the Hollywood celebrity expressed: “I saw my dark face in the superhero costume and it made me want to cry.”

Finally, in the same interview he was proud to see how the Latino community is gaining spaces in the cinema of international stature: “At last we could be seen as participants in the important moments of the world “, rescued.