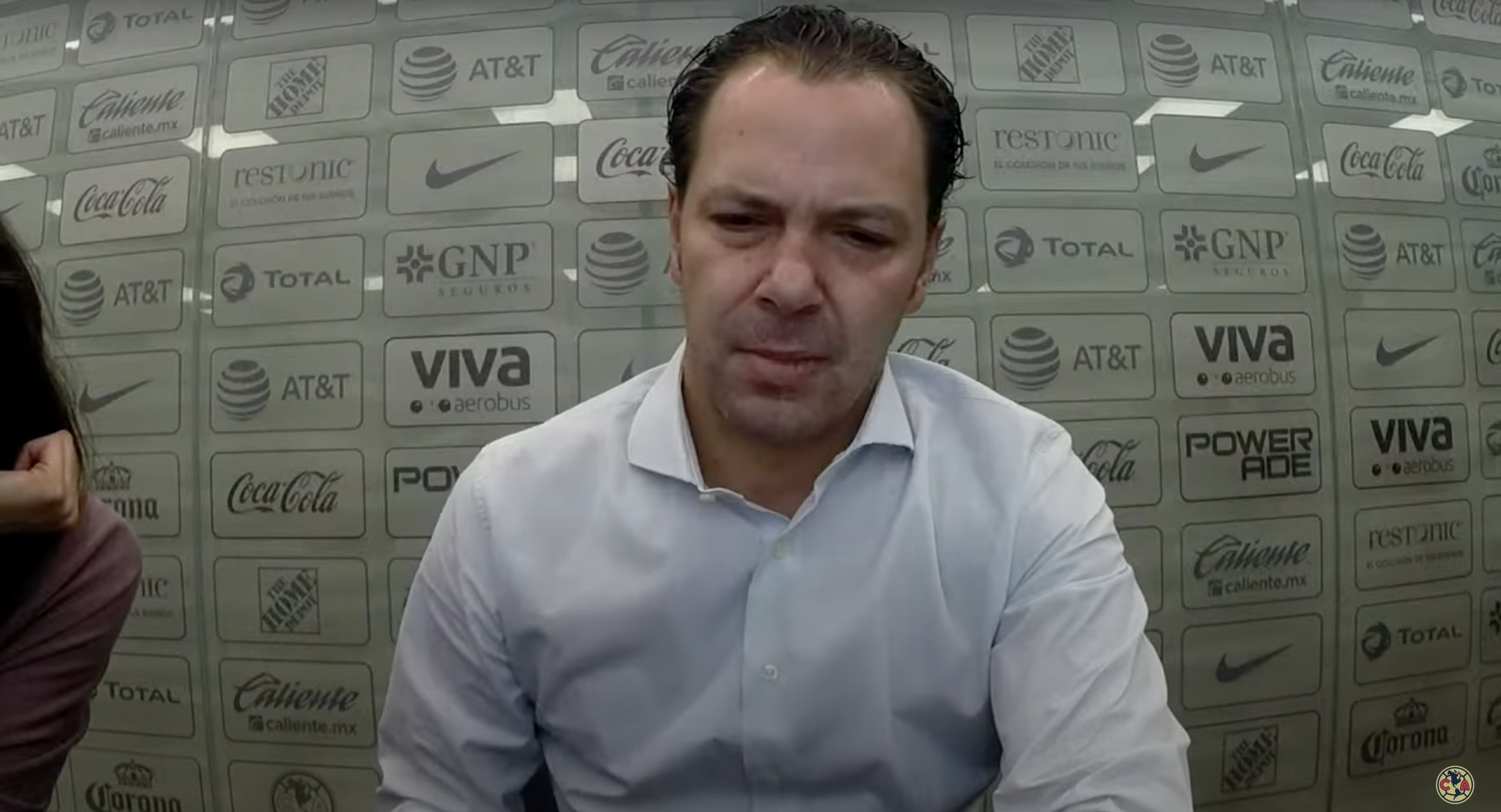 The Classic Capitalino it will live one more chapter in its history. On this occasion, the meeting is more special than other times, as it will be in the Quarterfinals of the Liguilla del Grita México Apertura 2021. The first match of this tie between America and Cougars will take place at the University Olympic Stadium, prior to the meeting, Santiago Banos, president of the eagle club, assured that Ciudad Universitaria does not intimidate his team.

This meeting awakens passion in everyone involved. Opinions have been decided before both teams, however, everything will be decided on the field. For now, Baños declared the following: “Personally, the CU Stadium as there is a lot of distance between the court and the grandstand, I feel it is not as heavy as other stadiums in the republic”. In the same way, he made it clear that America would benefit from a match in Mexico City itself.

“It is better for us not to go out, you avoid the whole issue of going out and catching a flight leaving the game, arriving at dawn, due to logistics it is much easier to play in CU and you go, you play, you come back and obviously on Saturday we will play in the stadium, in our house, and I think it’s easier“Stressed the sporting boss azulcrema.

Before the meeting, the university team arrives with a better rhythm, That’s how Baños considers it. The leader thinks that America did benefit from the rest they had for the FIFA date and by qualify directly to the LiguillaHowever, he stressed that the activity of the Pumas team can be a disadvantage, since competing at the highest level is different from the preparation friendlies.

In the same way, he highlighted the state of mind with which the feline team arrives, since eliminating the Toluca as a visitor it is a fact that can lift the mentality of the squad. On the other hand, the inactivity of Las Águilas helped him to recover players such as Mauro Lainez, who was inactive with a moderate injury.

Finally, Baños stressed the need for América to achieve the best results in Liga MX. “It is a very media team and always at the America do you hate it or love it, you always have to put pressure on him and yes, yes we are obliged at least to compete and be protagonists, to be fighting for the title every semester. “

The last final played by the team of Santiago Solari. Just last month, before Monterrey on the Concacaf Champions League. In this encounter, the eagles fell 1-0 before Rayados in the BBVA Stadium, which deprived them of going to Club World Cup. Although Santiago Baños assured that accessing the final met the objectives, not lifting the title was not entirely to the liking.

“Fortunately this semester we already played a final that we could not win and, I repeat, now we have around the corner the possibility of fighting for another title that would be fantastic to win it “, assured the president azulcrema. This reinforces that America has the obligation to fight for the title in this final stretch of the tournament.

For now, America has to face a classic tie against Pumas. The first match will take place tonight at the University Olympic Stadium. Although Santiago Baños assures that the property does not intimidate his team, the intensity of the university cheer is well known and in a Liguilla anything can happen.

Manuel Pellegrini confessed why Diego Lainez has not played with Betis

Julio César Chávez Jr. already has a rival to return to the box