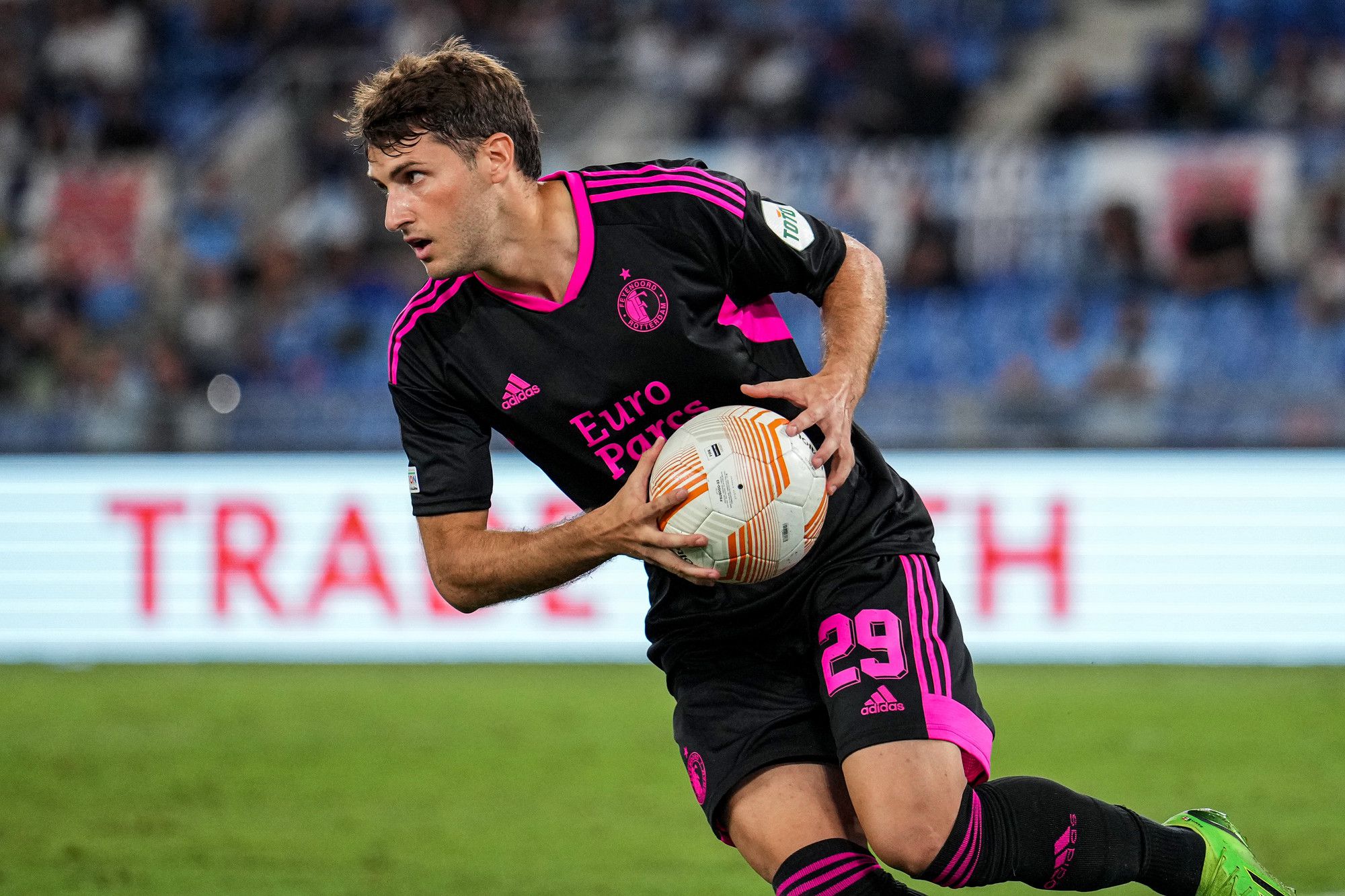 The statements by the captain and leader of the Turkish National Team reached Mexico, a fact that caused a wave of comments against the midfielder who plays for the eredivisienevertheless, the mexican attacker tried to react with measure to the situation and recognized his mistake during the match against Lazio of the A series.

It was in a brief interview with Fox Sports where the former Cruz Azul recognized his mistake and He confessed that in Mexico they have always instilled in him that the striker has to have the courage to ask for the ball in a moment of high tensionas was Feyenoord’s debut in the Europa League.

“I should have respected the captain. In Mexico I learned that as a striker you have to take penalties; catch the ball and not let go. This is a different culture, I still have a lot to learn, “said the 21-year-old Mexican for the cameras of Fox Sports.

Statements against ‘Bebote’ by the Feyenoord captain

It was in an interview for ESPN Netherlands where the Dutch midfielder, nationalized Turkish confessed at the end of the match against Lazio, that the Mexican National Team he disobeyed his hierarchy by kicking the penalty that would open the scoring for Rotterdam during his debut in the Europa League.

“We had a little discussion with the first penalty because there is a sheet in the dressing room that says that I am number one (to take penalties)”Kökcü exclusively told ESPN Holland.

The 22-year-old locker room leader said that Santiago Giménez did not respect the codes inside the locker room, hinting that each of the Feyenoord players knows them from ‘head to toe’.

“Our striker (Santiago Gimenez) chose to make his own decision. I am disappointed because he disobeyed me when I am the captain. He bothered me. We know that he can score the penalty, that’s not the problem”, highlighted the 21-year-old midfielder.

To finish, the also selected Turkish highlighted that the problem was not the collection of Gimenezbut his contempt for the order that exists in the team belonging to the Eredivisie: “But for me, it was more about our rules and respect between partners”, he finished Orkun Kökcu,

How was Santiago Giménez’s penalty that caused problems inside Feyenoord

Giménez entered the field at minute 64 of the second half in place of Brazilian Danilo when coach Arne Slot gave the former Cruz Azul player his first minutes on the field.

From his first 5 minutes of play, Chaco Giménez’s son was latent with the goal until he caused a penalty that changed the team’s outlook.

In an offensive play by Feyenoord, the ball was inside the small area and the Mexican was hit by a Lazio element who caused an infraction on Giménezaction that the referee marked as a penalty in favor of Feyenoord.

The whistle signaled the maximum penalty, so the baby took possession of the ball –reason that caused great annoyance to Orkun Kökcü, captain of Feyenoord– to collect the shot. Later and after a series of claims by the Serie A squad, Santiago Gimenez would head towards the goal defended by Ivan Provedel and he would score his first goal in the UEFA Europa League in the 69th minute of the game.

Feyenoord captain exploded against Santiago Giménez after his first goal in the Europa League: “He disobeyed me”

Faitelson lashed out at the Feyenoord captain for scolding Santiago Giménez

Santiago Giménez, despite his arrival in Europe, does not see a place for Qatar 2022 for sure