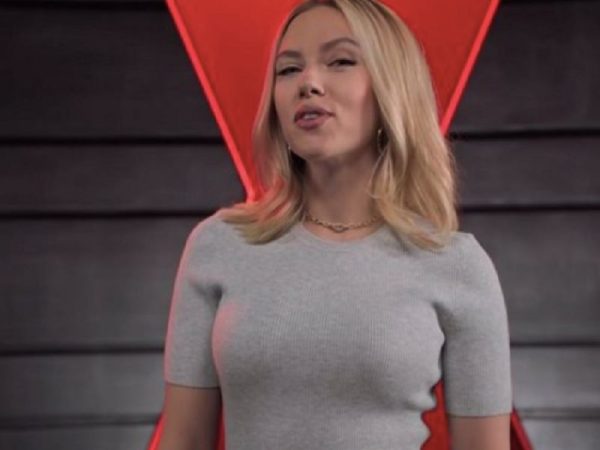 Despite the conflict between Scarlett Johansson and Disney over the premiere of ‘Black Widow’ in streaming, the actress will once again collaborate with Marvel.

It seems that the waters have returned to their course. Scarlett Johansson returns to Marvel.

Despite the fact that the actress ended her stage as a superhero with ‘Black Widow’ and finished closing the wounds with the company after solving the economic conflict that arose from the hybrid premiere of the film, it seems that the interpreter will once again collaborate with Marvel in a “super secret” project not related to Natasha Romanoff.

This has been stated by the Marvel Studios president himself, Kevin Feige. The actress won the American Cinematheque Award and the company’s head honcho was one of the people who paid tribute to the Oscar-nominated actress for ‘Marriage Story’ and ‘Jojo Rabbit’, along with Sam Rockwell, Samuel L. Jakson, Chris Evans, Jeremy Renner and Robert Downey Jr.

It was at this event where Feige revealed that Johansson has returned to Marvel.

“Scarlett has offered his talent and fame to Marvel Cinematic Universe for more than a decade. I am very grateful that she has been chosen to play a key role in the saga for so many years. Work with [ella] it has been, honestly, one of the most memorable and rewarding collaborations of my career “, he declared, according to Deadline.

It seems that the legal battle is a thing of the past (in October it was resolved after reaching an agreement of more than 40 million dollars). However, The question remains as to what type of project it will be.

Since it will not be related to Natasha Romanoff, it would not be strange that the return of the actress is in quality of producer or executive producer, supporting other Marvel productions.