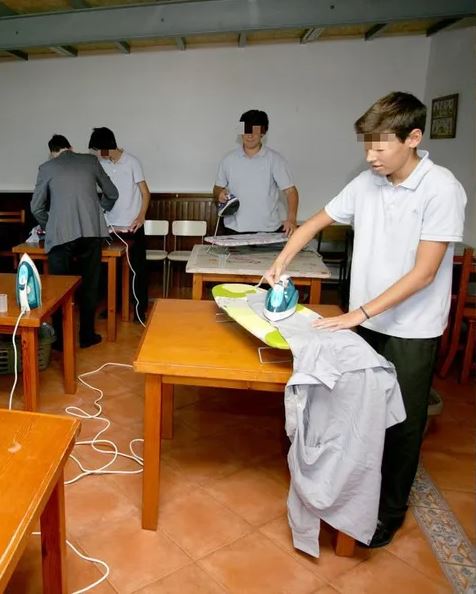 Some say that “education comes from home” and that is where the habits of helping the house by cleaning or learning to cook are acquired. However, there are currently schools that try to go a little further and carry out an ‘extra’ in the search for a more comprehensive education.

Such is the case of the Montecastelo School in Vigo, Spain, which became a trend in social networks between 2018 and 2019 after boasting that they incorporate something known as ‘Home Skills’ into their curriculum, which are applied mainly to young people who attend the secondary level in the institution.

Home maintenance tasks, as well as ironing, cooking and washing tasks are some of the skills that, by then, the peninsular institution announced that it was implementing with photographs of young men doing them.

In this way, parents and teachers teach young people, who “have to deal with an iron and its different settings depending on the type of clothing, between stoves with an apron tied around their waist, or soaking clothing to wash by hand, among many others”, according to the school on social networks.