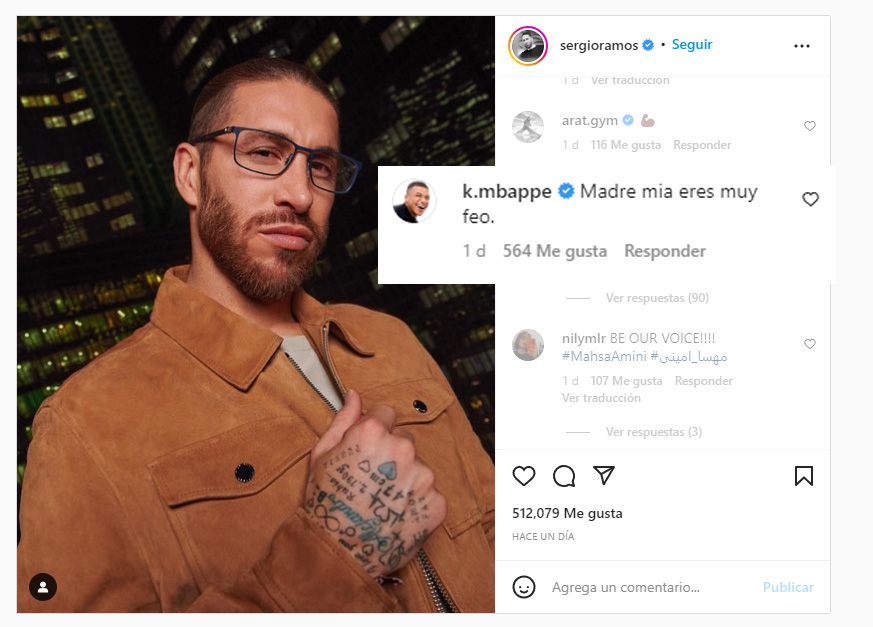 Despite being part of the starting eleven at PSG again, Sergio Ramos failed to seduce Luis Enrique to be part of the list of the double FIFA date that the Spanish team will face in the run-up to the World Cup in Qatar against Switzerland and Portugal for the Nations League.

The footballer, who dreamed of joining the payroll thinking that this could be his last World Cup, took advantage of the break in the French league and decided to make a change of look to face the last stretch of the year with some aesthetic touches.

In the last post on his Instagram account, the former captain of Real Madrid It was recorded while a woman cut off her long hair. This haircut came after his teammate, Kylian Mbappe, joke about her style with a comment on one of her photos.

“My goodness. You are very ugly”, wrote the French striker under an image in which the Spaniard could be seen posing in a brown jacket and glasses. The next day, Ramos posted the video in question: “Brand change”, detailed.

To the beat of It’s My Life of Bon Jovi, the 36-year-old defender recorded himself in the first person while a woman untangled his hair and the razor began to pass.

After publishing the video, in which despite being smiling he could be seen somewhat worried when they showed him the hair that had been removed, he was Neymar himself who reacted: “Much better”, The Brazilian wrote, while his former merengue partner Lucas Vásquez added: “Finally”, alluding to the time he had long hair. After a year marked by injuries and absences in which only he had played 13 games throughout the season, in this new 2022-23 campaign the Spanish center-back has already accumulated 11 games and one goal, being a key piece in Christophe Galtier’s team.

After overcoming his physical complications, the player was hopeful of being able to make up the final list that Luis Enrique will present for the 2022 World Cup in Qatar. However, despite not being called up for the last international duels before the World Cup, Sergio Ramos remains firm in his goal and does not rule out being included in the final list which will be presented by the coaching staff next November.

“Rotella breakage”: they revealed the dark search and the violent chats of the PSG soccer player arrested for the attack on a partner

The details of the shirt that Lionel Messi wore to join the Argentine team and made a furore on social networks: how much does it cost