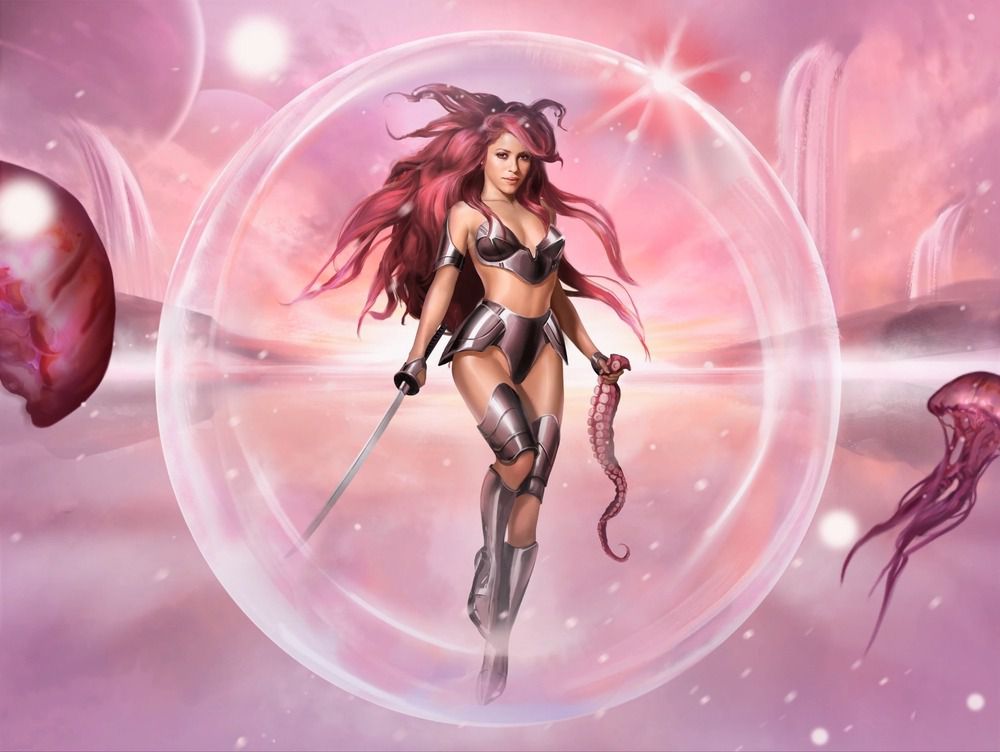 During the last quarter of 2021, Shakira announced on social networks that she would be part of a collaboration with a digital artist for the creation of a collection of NFTs, The funds raised will be used to its foundation “Barefootdedicated to the construction of colleges for the children of Colombia.

The four non-fungible tokens that made up the collectionwith static versions open to the public, as well as other animated editions in video format with music composed by the artist, were put up for sale in September of that year and today they have lost more than fifty% of its value due to the fall in the price of ethereum, cryptocurrency with which you could buy this digital item.

The series called “La Caldera” is described on the site makers placewhere it is sold as a representation of the fictional world of calories“a place ruled by women in an intergalactic landscape while they deal with the arrival of friendly and hostile visitors” and whose main figure is the singerwho is in the center of the images wearing armor and a spacesuit from futuristic style.

because this collaboration was made during the times when the singer Colombian woman had a marriage with the ex-soccer player Gerard Piquéthe athlete also appears as part of the collection in the form of an angel and love interest of the warrior protagonist of the series.

Furthermore, the series artist It represents her as a woman who has arrived in a violent world and in which she must face aliens along with other women who wear space helmets.

One of the benefits that was advertised by the website of makers place and that it was aimed at the buyers of the tokens consisted of the fact that the people who came to acquire the complete series would receive physical copies of each one of the works signed by Shakira by way of reward. These images would be 18 x 24 inches in size.

The pieces were thrown by Limited time or until all existing editions are exhausted and although the regular editions without movement were sold in their entirety, it is still possible to buy the “premium” versions of the virtual portraits.

The prices of each of the works with the image of Shakira are varied and currently it can be purchased for a price of around 0.6 Ethereum (935 dollars) and 20 Ethereum (31,198 dollars), although for the price that the virtual currency had the year it was launched, the maximum price it could reach was $60,000so it has lost approximately half of its value due to the fall in the price of ethereum.

The platform also indicates that the latest offers that arrived from potential buyers reach prices even lower than those indicated as 35 dollars either 69 dollars in premium editions that had a real value of up to 7,400 dollars, although this was registered more than a year ago.

Even the virtual image in which they appear Shakira Y Pique significantly lost its market value since the last offer made for this item in its premium version was 175 dollars, with a great difference to its initial price, which exceeded the $61,000 and that it is still available to be acquired.