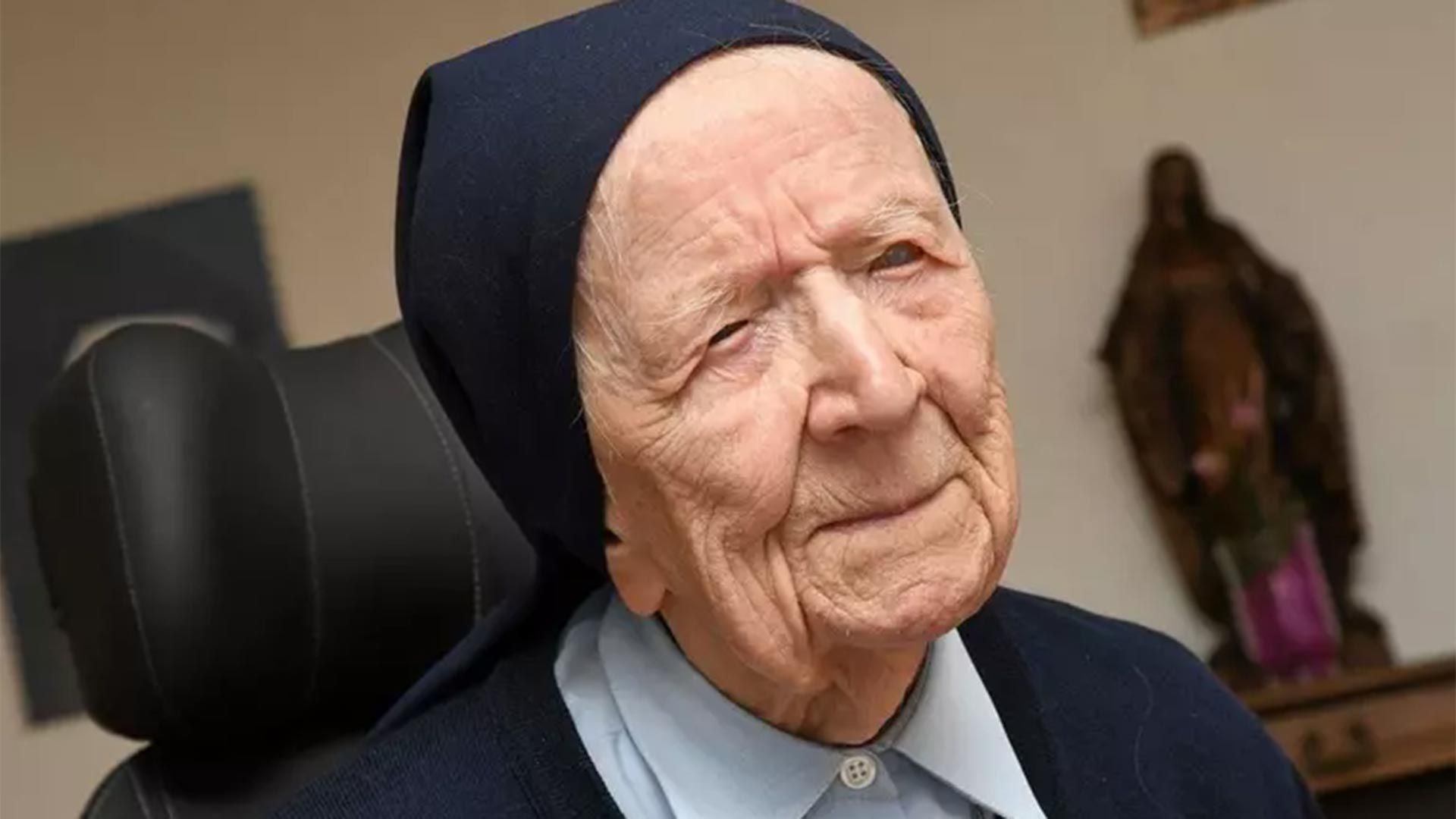 The French Sister André, recognized since April as the oldest person in the worlddied early Tuesday at the age of 118 in his nursing home in Toulon (south), he announced to the news agency AFP the establishment spokesperson.

“He passed away at 2 in the morning” while sleepingthe official specified when reporting the death of Lucile Randon, known as Sister André, born on February 11, 1904 in the southern French city of Alès.

The title of oldest person in the world is not attributed by any official body, but specialists agreed that the nun was the oldest person whose marital status could be verified.

The Guinness Book of Records conferred that rank on April 25, 2022, after the death, at the age of 119, of the Japanese Kane Tanaka.

Sister André, in the last stretch of her life blind and in a wheelchair had not hidden a certain tiredness for some years and confessed that his wish was “to die soon.”

But “God doesn’t listen to me, he must be deaf,” said the woman in a long interview with the AFP in February of last year.

Born in Alès (south-east) into a non-practicing Protestant family, Sister André worked as a governess in various families, in Paris and in the provinces. One of the best memories of her was the return of two of his brothers at the end of World War I. “It was rare, in families it was more common for there to be two dead and not two alive. They both came back”said to the AFP.

She was baptized at the age of 26, took the habits late -at the age of 41- in the congregation of the Daughters of Charity and worked until the late 1970s. But then she continued taking care of other retirees, younger than her.

“It is said that work kills, but it is work that makes me live, well I worked until I was 108 years old”, said the nun on that occasion.

Elon Musk bragged about turning down an invitation to Davos: the organizers’ response

The extreme challenge of a world champion with Germany: “The last minutes I didn’t feel anything”