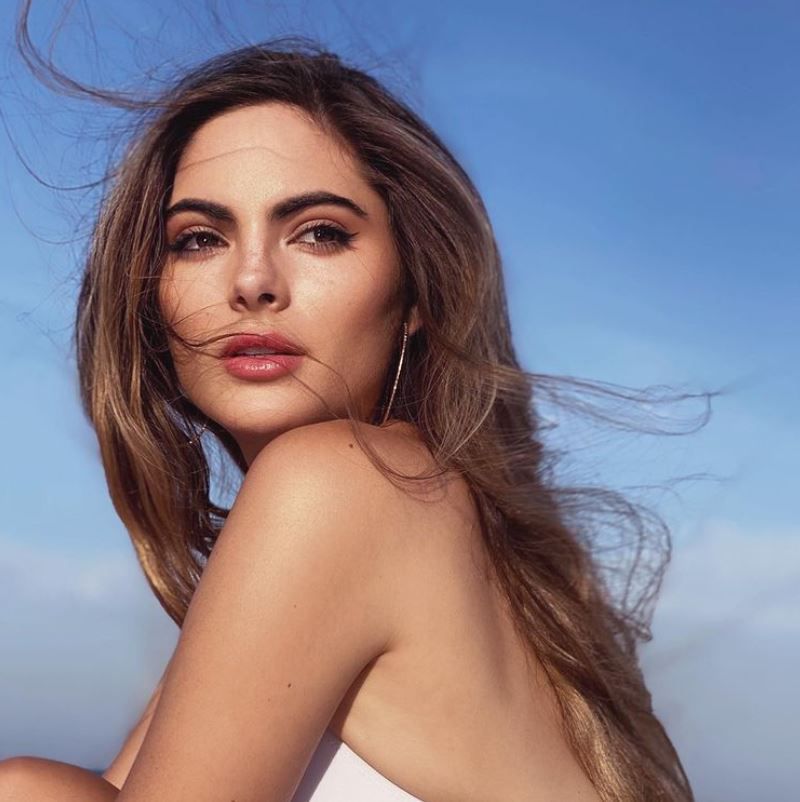 The model and host of TV Azteca, Sofía Aragón, reappeared on its social networks, after announcing that it was hispitalized by pneumonia earlier this week. The also former Miss Universe participant, assured that she presented an improvement and could be discharged shortly.

Through her social networks, Sofía published a photograph of herself along with a message she addressed to her followers. The model first thanked those who wrote to ask about her health for the expressions of affection.

She also admitted that last Tuesday was a particularly difficult day for her, however, she announced that she could be discharged throughout this Thursday: “Thank you to all who They have been aware of me, for their messages and details”The message reads.

“Yesterday was a difficult day, but today I feel much better! My lungs are responding very well to the treatment. God willing, tomorrow we are out of the hospital “, he concluded in the short message.

In addition to this photograph, Sofía used her profile on the digital platform to share a small clip of the famous movie Amancer, from the Twilight saga. Using a filter, the model shared the scene in which the protagonist, Bella, admits that she has “faced death, loss and pain.”

On the audiovisual brief, Aragón ehe wrote “Mood”, in reference to what his state of mind was at that time.

The television host entered the hospital in the early hours of Monday. With a photograph that he shared through his stories of Instagram, Sofía set off the alarms of her followers.

“Three days ago I started with a temperature and a discomfort in my throat. After two COVID tests that came out negative, I trusted myself and continued with my normal life, completely ignoring the symptoms that I had in my body: sore throat, chest, lungs and head, temperature and cough, “he began in the letter.

“I took them as a little seasonal flu and completely ignored it. Today I am in the hospital, I have pneumonia ”, he continued. In addition, he asked his followers not to neglect respiratory diseases, although it is not necessarily COVID-19.

In the publication he appeared receiving nebulizations. Notably The TV Azteca host attended the morning’s broadcast last weekend without eventualities. Although, according to her social networks, she had symptoms and felt ill since then. Rafael Serdan even shared a photograph of Sofía in the recording forum, assuring that he “felt bad”.

A few days before being hospitalized, Sophia too celebrated his birthday in Mexico City, at a party attended by some celebrities from the Ajusco television station, such as Aristeo Cázares and Alana Literas, with whom he shared the driving of Come the Joy weekend.

On the other hand, a few weeks ago, the model finally broke the silence and revealed the reasons why she canceled her wedding with Francisco Bernot. And it is that, as he said, he realized that he was not the love of the businessman’s life.

Last August, the former beauty queen announced that her commitment and relationship with whom she thought would spend the rest of her life, ended by her own decision when she realized that she could not marry without first rethinking well what was happening between them, although did not elaborate.

“I was the one who broke the engagement. The infatuation and affection existed, but to get married you cannot just let yourself be carried away by emotions, you also have to use your head ”, he told the magazine Hello!

Sofía Aragón was hospitalized in an emergency for pneumonia

Sofía Aragón revealed the reasons why she canceled her wedding: “I couldn’t be the love of her life”