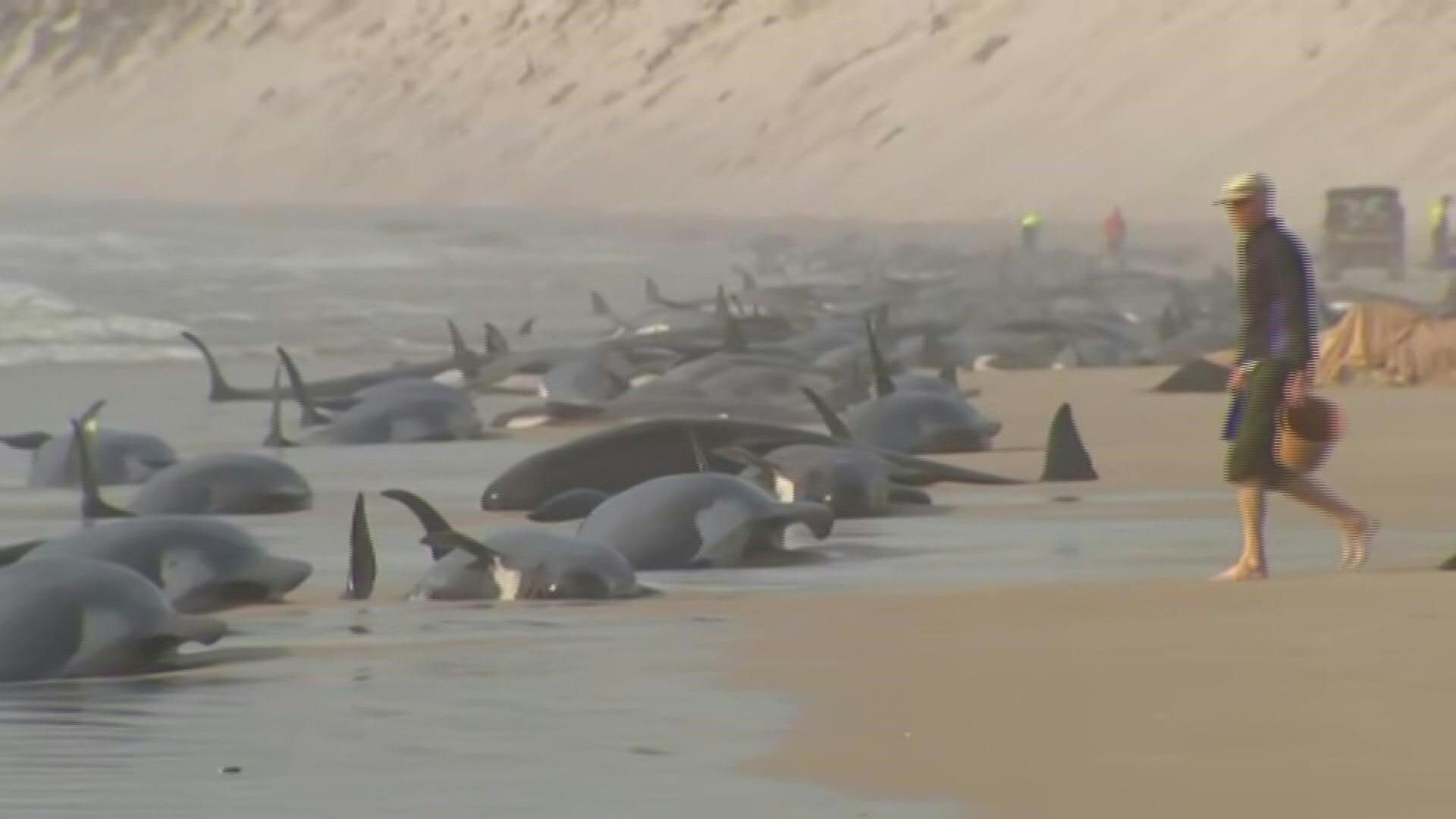 Around 200 pilot whales died on a beach in Macquarie Bay, in the west of the Australian island of Tasmania, and 35 were rescued alive after the mass stranding. happened the day before in this remote place, the authorities of the oceanic country reported this Thursday.

Rescue teams focused today on moving the specimens “with the best chance of survival” to deeper waters by using cranes and boats.

To keep the whales alive, while the care and slow operations proceeded, the rescuers placed wet towels and dumped buckets of water about the animals trapped in the sandbanks.

The authorities confirmed, according to the public channel ABCthat managed to save 35 whalesalthough two of the survivors were again stranded on Macquarie Bay’s Ocean Beach, also known by locals as the “Gates of Hell.”

This massive stranding occurred exactly two years after About 470 pilot whales, also known as pilot whales, will be stranded in this same placeof which only a hundred could be rescued and taken to the high seas.

“Unlike the stranding we had two years ago, in which many of those animals were in the port estuary and therefore were stranded in much more protected waters, (in this case) the environmental conditions and the waves in the exposed west coast, Ocean Beach, it’s certainly taking its toll on the animals,” Incident Controller Brendon Clark told ABC.

The Macquarie Bay incident occurred a day after the death on Tuesday of 14 sperm whales after being stranded on a beach on the southern King Islandalso in the Tasmania region.

These and other marine mammals are frequently stranded on the coasts of southern Australia and New Zealandwithout the experts having been able to clarify the reasons, although they usually attribute them to diseases, navigational errors, sudden changes in tides, the pursuit of predators or extreme weather conditions.

A white whale in Paris: firefighters track down a lost Arctic cetacean in the Seine River

Video: a humpback whale jumped and hit a boat in Massachusetts