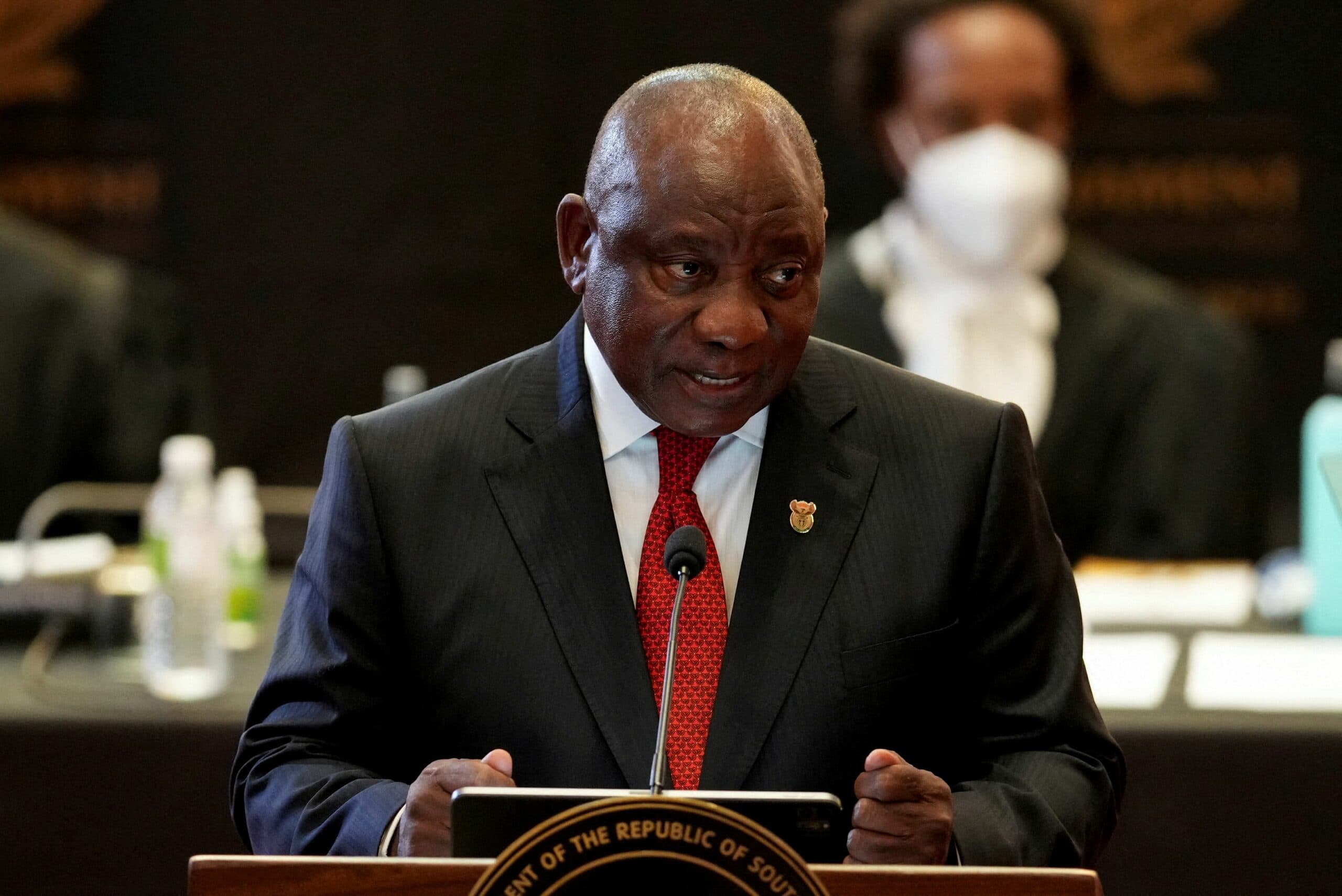 As the National Executive Committee of the African National Congress (ANC), South Africa’s ruling party, meets today to decide the future of its leader and president of the country, Cyril Ramaphosathe president challenged this Monday before the national Constitutional Court the report that ensures that he may have violated various anti-corruption laws in the scandal of the millionaire robbery at his farm in Phala Phala (north).

In the lawsuit, Ramaphosa asked the court, South Africa‘s highest court, to dismiss the report, which it calls “illegal”.

The head of state also urged the court to declare that “all measures taken by the National Assembly (lower house of South African Parliament) in accordance with the report are equally illegal and invalid.”

The report seriously threatens the political future of the president, leader of the African National Congress, which has ruled the country since 1994, and who is being pressured by the opposition to force his resignation.

That meeting took place before the National Assembly debates the report tomorrow and decides whether to proceed with a process that could result in a vote on the dismissal of the president, although it is not clear if the session will finally take place after Ramaphosa’s decision to challenge the report.

Following the ruling party executive committee meeting in Johannesburg, ANC General Treasurer, paul mashatilerevealed that if the National Assembly meets to discuss the matter, its deputies will vote against it.

“That means the president continues as president”Mashatile stressed in statements collected by local media, insisting that the CNA will not support a process that leads to the “removal of the president.”

The dismissal of the head of state requires the vote in favor of two thirds of the lower house, made up of 400 deputies and in which the ruling party controls 230 seats (57.5%).

Rumors about a possible and imminent resignation of Ramaphosa circulated last Thursday after an independent panel appointed by Parliament found in a report evidence that the president may have violated anti-corruption laws.

In fact, two ministers came to demand the resignation of the president, which demonstrates the division that the scandal has caused within the ANC.

The three-member panel, led by the former president of the Constitutional Court Sandile Ngcobowas due to analyze the motion filed against the president by the opposition African Transformation Movement (ATM) party in June this year.

The party accused Ramaphosa, among other charges, of breaching the Constitution, which prohibits members of the Government from performing other paid professional work, after the president admitted that he is engaged in the sale of prey animalsby assuring that the amount stolen came from that business (where cash payments are common) and not from a money laundering operation.

The panel noted that “at first sight” the president may have committed a “serious violation” of several anti-corruption laws, as well as having engaged in “serious misconduct” by exposing himself to a “conflict between his official responsibilities and his private affairs.” ”, accusations that Ramaphosa flatly denied.

Article 89 of the Constitution, which gives the panel its name, allows for the removal of a sitting president for reasons of a serious violation of the Magna Carta, misconduct, or inability to perform the duties of the office.

The main opposition party, the Democratic Alliance (DA), today presented a motion for the dissolution of the National Assembly, which would lead to early elections.

“We call on President Ramaphosa to promulgate and set dates for early elections to be held in 2023,” instead of 2024, when they are scheduled, the DA leader said in a statement. John Steenhuisen.

The scandal broke out last June, when the former head of the country’s intelligence agency Arthur Fraser filed a lawsuit against the head of state, accusing him of hiding from the South African Police and Treasury a theft of almost 4 million euros hidden. at his Phala Phala farm on February 9, 2020.

The South African Presidency already denied Fraser’s accusations in June and confirmed that a robbery took place that day, when Ramaphosa was attending an African Union summit in Addis Ababa.

The president alleged in his response to the panel’s questions that the amount stolen was less, 580,000 dollars (around 550,000 euros).

Uncertainty in South Africa over the future of President Ramaphosa after a scandal over USD 580,000 hidden in a sofa