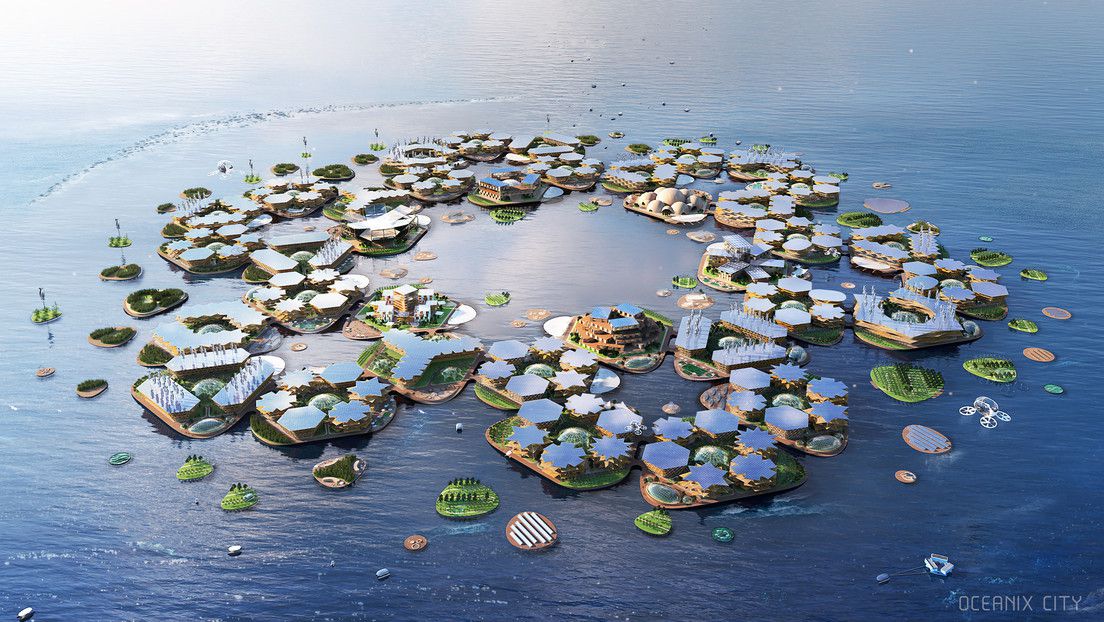 The Busan Metropolitan City of the Republic of Korea, UN-Habitat and OCEANIX signed a landmark agreement to build the world’s first prototype sustainable floating city. A milestone created immediately after COP26, as a way to innovate revolutionary solutions for coastal cities threatened by rising sea levels.

Coastal cities are at the forefront of climate-related risks. The floods are destroying billions of dollars in infrastructure and forcing millions of climate refugees from their homes. The challenge is enormous: two out of every five people in the world live less than 100 kilometers from the coast, and 90 percent of megacities around the world are vulnerable to rising sea levels. The floating city is conceived as a flood-proof infrastructure that rises with the sea and produces its own food, energy and fresh water with fully integrated zero-waste closed-loop systems.

“Sustainable floating cities are part of the arsenal of climate adaptation strategies that we have at our disposal. Instead of struggling with water, let’s learn to live in harmony with it. We look forward to developing climate adaptation and nature-based solutions through the floating city concept, and Busan is the ideal choice to implement the prototype. “said UN-Habitat Executive Director Maimunah Mohd Sharif, emphasizing that the battle to achieve the Sustainable Development Goals would be won or lost in cities.

“With the complex changes facing coastal cities, we need a new vision where it is possible for people, nature and technology to coexist. There is no better place than Busan to take the first step towards sustainable human settlements in the ocean, built proudly by Korea for the world. “said Busan Mayor Park Heong-joon. Busan is also bidding for the 2030 World Expo.

“Sea level rise is a formidable threat, but sustainable floating infrastructure can help solve this looming catastrophe. We are excited to make history with Busan and UN-Habitat by ushering in humanity’s next frontier. “ OCEANIX co-founders Itai Madamombe and Marc Collins Chen said, adding that the prototype would be approached at a hyperlocal level, taking into account Korea’s rich social, economic, political and cultural uniqueness as a host country.

The idea of ​​building such a city is not new and was revealed at a UN round table in April 2019 together with the aforementioned entities, the Massachusetts Institute of Technology (MIT, for its acronym in English) and The Explorers. Club.

This new city will be made up of a series of floating platforms of two hectares each and a capacity for 300 people. They will be of mixed use as they will serve both to live and to work. According to the project, all structures built will not be able to rise above seven stories, thus maintaining a low center of gravity capable of withstanding the wind. The roofs, meanwhile, will have solar panels to meet energy needs.

They will also grow their own products, seeking to be as self-sustainable as possible, something that will allow them to adhere to zero waste systems and accelerate the regeneration of their ecosystem thanks to the marine life under the platforms.

Each platform will be able to connect to each other to form clusters around a protected central dock. Thus, lhe projections of 12 hectares joined in the shape of a hexagon gives a capacity of 1,650 residents, by joining six of these villages, a whole city capable of housing up to 10,000 inhabitants will be formed.

Satoshi’s nightmare: how the dream of a libertarian community at sea sank after hitting a bureaucratic iceberg

Green, friendly and smart: what the cities of the future will be like