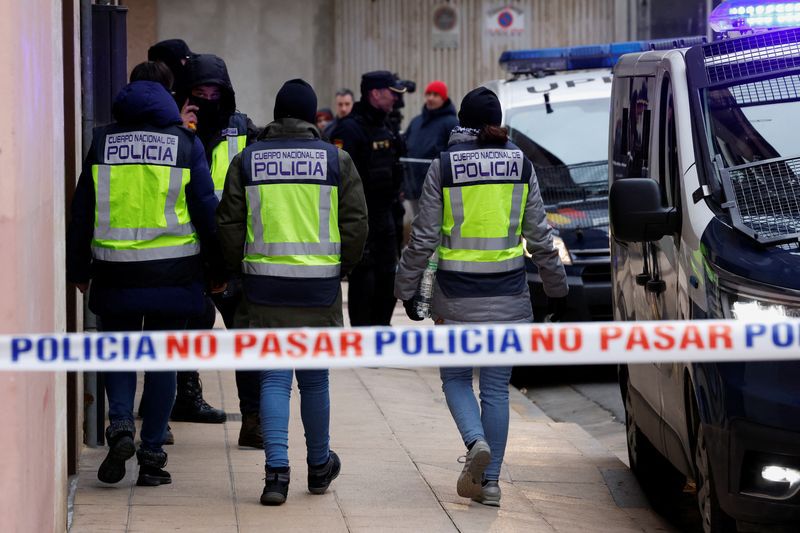 Spanish police detained a man suspected of sending six bomb letters with incendiary material to the president of the government and the embassies of the United States and Ukraine in the country, the Ministry of the Interior of Spain said on Wednesday.

The 74-year-old Spanish citizen was arrested in the northern town of Miranda de Ebro. “He answers to the initials PGP and that he is retired. He is a very active person on social networks and, according to National Police investigators, he has technical and computer knowledge.”, reported the police.

The statement added that “although it is presumed that the detainee made and sent the explosive devices alone, the National Police does not rule out the participation or influence of other people in the events.”

An employee of the Ukrainian embassy in Madrid suffered minor injuries when handling one of the letters in November. A team of explosives experts that month destroyed another device containing flagrant material sent to the Prime Minister, Pedro Sánchez.

Envelopes with similar characteristics were also sent to the Spanish Ministry of Defense, to a European Union satellite center located at the Torrejón de Ardoz air base, outside Madrid, and to an arms factory in north-eastern Spain that produces grenades that have been shipped to Ukraine

In December, the authorities detonated an intercepted envelope at the security control of the US embassy, ​​after the police cordoned off a large area around the diplomatic headquarters, located in the center of the Spanish capital.

On the subject, US and European officials believe that a Russia-based white supremacist group received orders from that country’s intelligence to send the bomb letters, reported the newspaper The New York Times.

In recent weeks researchers have focused on the Russian Imperial Movementa radical group that has members and associates across Europe and military-style training centers in St. Petersburg, US officials told the newspaper on condition of anonymity.

They added that the group, which has been designated a global terrorist organization by the US State Departmenthas ties to Russian intelligence agencies.

Important members of the group have been in Spain, and the Police have traced their links to far-right Spanish organizationsthe sources also pointed out to the New York newspaper.

According to New York Timesone of the letter bombs was sent to an arms company in Zaragoza that manufactures grenade launchers that Spain sends to Ukraine, and another to the Torrejón de Ardoz Air Base, on the outskirts of Madrid.