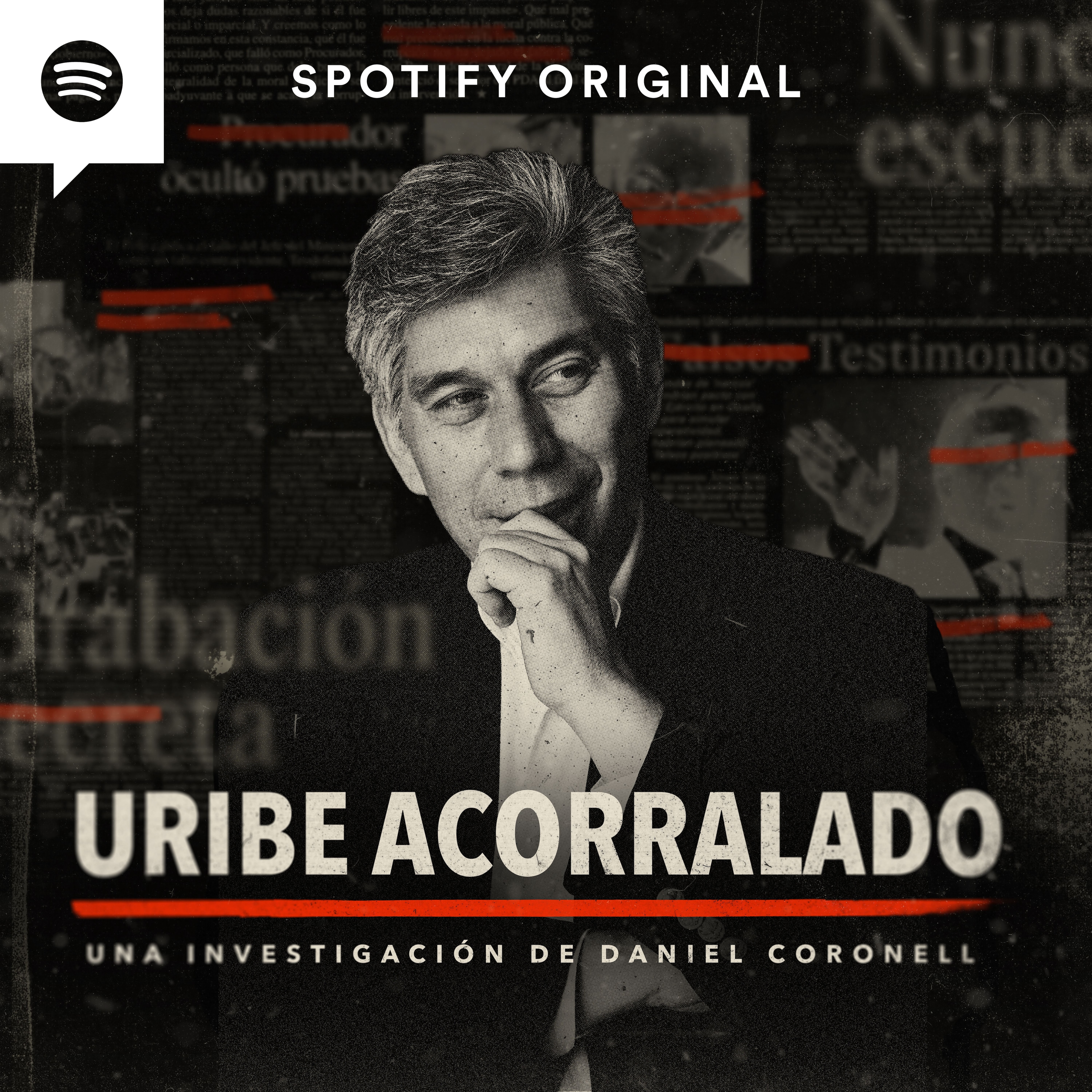 ‘Uribe Acorralado, an investigation by Daniel Coronell‘is the name of the new podcast through which, people will be able to know details about how the renowned Colombian journalist found the evidence that would point to the former president, Álvaro Uribe Vélez, as participating in a conspiracy to silence through bribery and witness manipulation.

The podcast seeks to recreate the story of the most widely read columnist in Colombia who confronted one of the most powerful and influential men in the country through this investigation.

People will be able to listen to the first chapter of this podcast starting this November 22 and there will be new chapters from Monday to Thursday for three weeks.

Beyond a narration of the facts and the investigation, the story centers on how Coronell found the evidence and as one of the most recognized journalists in Latin America, he developed the investigation step by step and how it felt to publish the most controversial reports against one of the most powerful politicians in the country. ‘Uribe Acorralado’ more than a journalistic work, it is a look at an investigation that has already been published and which generated a series of events that gave people something to talk about throughout the region.

¨ A year ago I started together with Spotify to build this podcast that reveals the secret history of the most powerful man in Colombia. Without a doubt, in this content, Colombians will be able to find out the origin and what is behind the investigation of former President Álvaro Uribe for manipulation and bribery of witnesses. I’m excited to be able to show the true side of the coin and how this is a timeless case, ”said Daniel Coronell.

See tell the stories of how the journalist found key recordings from a secret microphone hidden in a watch and how he exposed the facts, not only about the initial crimes, but also about bribery and witness tampering in a major scandal.

Daniel Coronell is one of the most recognized journalists in Colombia and Latin America, with almost four decades of career, Coronell has published some of the most important investigations in recent history, such as links between the Colombian army and drug trafficking, corruption of the public administration and investigations of alleged crimes involving the former president, Álvaro Uribe.

This podcast has been produced by Adonde Media and Spotify Studios.

After the journalist’s announcement about the creation and publication of this story, sectors of the Colombian extreme right invited through social networks to block and eliminate Spotify subscriptions for promoting what they called “support” for the “communist left”.

Macabre game to which it was lent @SpotifyColombiayou scoundrels.@Spotify intervening in politics with the communist left. https://t.co/i8UMGCy3Fi

The former president’s tweeters and followers created different campaigns to promote the elimination of the application in Colombia, without success.

@Spotify_LATAM I have an account with you but I dislike that they lend themselves to publish lying political propaganda like Daniel Coronel’s column, I notice that I am going to suspend my subscription.

This is the electric plane that promises to be the fastest in the world, for what reason