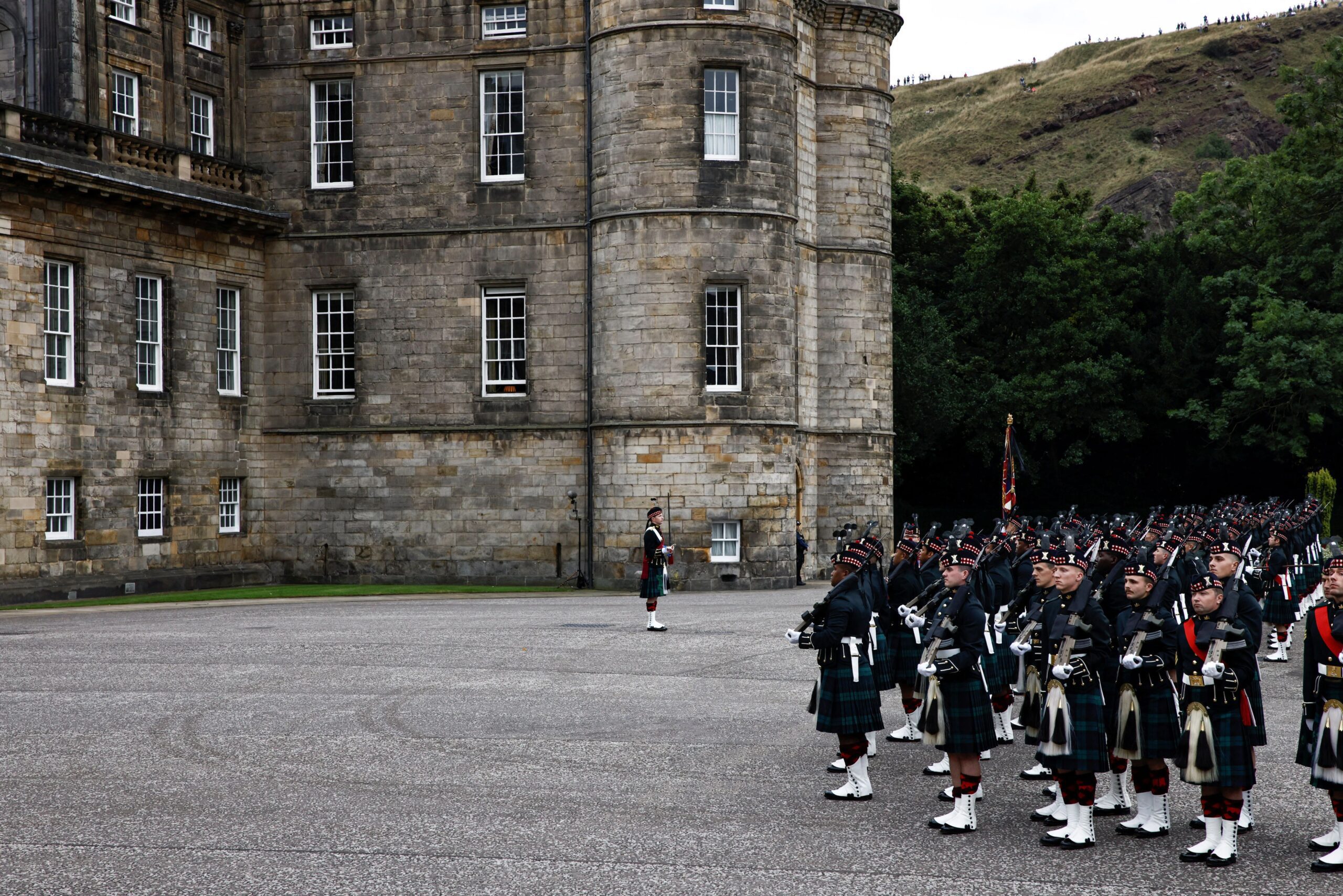 The coffin of Queen Elizabeth II toured the Scottish countryside on Sunday in a last trip from his beloved summer residence at Balmoral Castle and on to London. Silent mourners lined the hearse and some threw flowers in memory of the monarch, who died after 70 years on the throne.

The coffin of the monarch, who died on Thursday at the age of 96, will several stops on your way back to the British capital. This Sunday, he cycled through the countryside of north-east and eastern Scotland, through Aberdeenshire, Aberdeen and Dundee on his way to Edinburgh.

On Monday, the coffin will be moved from holyroodhouse to the nearby cathedral St Gileswhere it will remain until Tuesday, and after He will travel by plane to London accompanied by his daughter, Princess Anne.

It will then be taken from Buckingham Palace to Parliament, where there will be a funeral chapel until the state funeral, which will take place at Westminster Abbey on Monday, September 19 at 11 a.m.

The last day of national mourning, the King’s bodyguards will begin their final vigil in Westminster Hall, the British parliament. The last vigil will be from 6 to 8:30 in the morning, when preparations for the procession will begin.

At 9, Big Ben will ring clearly. Subsequently, the hammer of the bell will be covered with a thick leather pad to cushion the blows during the rest of the day, out of respect and deference to the monarch.

It is expected that Huge crowds line the streets of Westminster while King Charles and senior members of the royal family will follow the coffin as they did at the funeral of Princess Diana and Prince Philip. The military will also join the procession.

At 11, the coffin will be transferred to the main altar of Westminster

About 2,000 guests, including members of the royal family, Prime Minister Liz Trussformer British prime ministers, foreign dignitaries such as the American president Joe Biden and possibly the Japanese emperor Narutothey will fill the Abbey and watch the queen’s coffin move down the nave to the High Altar, before the nation falls silent.

Between 11 and 12 the state funeral will take place in Westminster Abbey.

The function will be chaired by Dean of Westminster and the Archbishop of Canterbury. The funeral will be televised and is expected to be one of the most watched live events in human history.

The Abbey was the scene of many of the most important events in the Queen’s life, from her Coronation to her wedding to Prince Philip. The Princess Royal and the Duke of York, and the Queen’s sister, Princess Margaret, were also married there.

Other royal funerals have been held at the Abbeyincluding Princess Diana’s in 1997 and the Queen Mother’s in 2002. The funeral of Earl Mountbatten, Philip’s uncle, was also held there in 1979.

Scotland Yard will be tasked with organizing the largest security arrangement in British history for the funeral.

At the end of the funeral, it will play the Last Post and the Diana.

Later, the Queen’s coffin will be placed back in the state carriagebefore the royal funeral procession moves solemnly through Parliament Square, Whitehall, Constitution Hill and The Mall, past Buckingham Palace, to arrive at Wellington Arch at 1 p.m.

From there, the coffin will be transported to Windsorwhere the Queen spent much of the last years of her life, to her final resting place in the Chapel of Saint George.

At 4:00 p.m. the queen will be buried in the chapel of San Jorge by her husband, Prince Philip.

The burial service conducted by the Dean of Windsor will then begin, and will also be televised around the world.

Before the last hymn, the crown jeweler will remove the Imperial State Crown, scepter and orb from the Queen’s coffin.

Then, at the end of the service, a piper will play a lament as the coffin is lowered into the Royal Vault, where she will be buried alongside her husband, the Duke of Edinburgh, her parents and her sister Margaret.

Finally, at 7 p.m. King Charles and his closest family will return to the chapel for a private family funeral. Like Elizabeth II did with her father, Carlos III will spread earth on the coffin.

Long negotiation and a 45-minute wait: how the appearance of William, Kate, Harry and Meghan united by the death of Elizabeth II was conceived