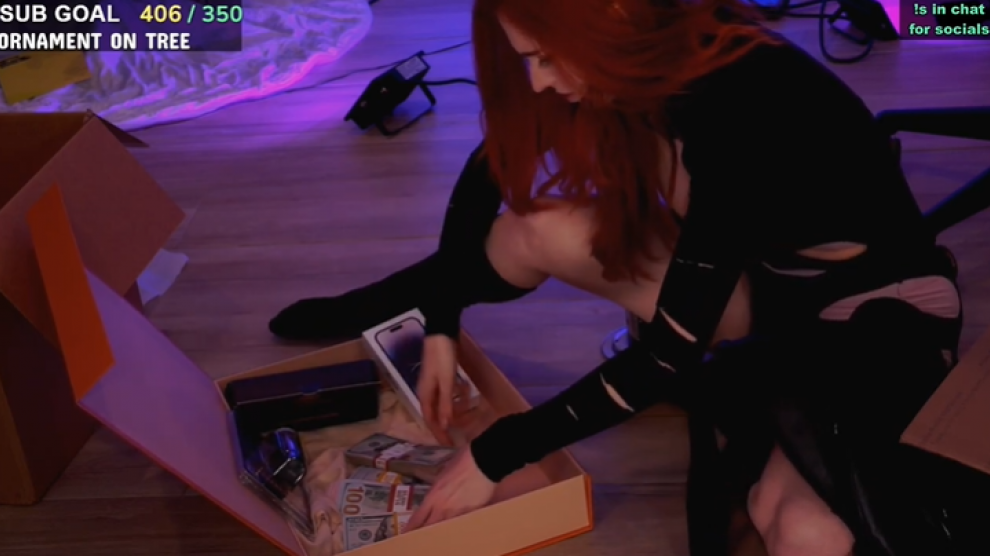 Amouranth, a popular Twitch streamer, received a box in the middle of the broadcast containing a large sum of money, the latest Apple mobile and a taser.

One of the most popular female streamers on Twitch, made news again through social networks after a curious event that occurred in her most recent live broadcast.

The internet celebrity was surprised with a present live: a mysterious box sent by a fan containing $70,000 in cash, an iPhone and personal defense equipment.

As can be seen in the multiple clips that come from the streamer’s December 4 broadcast, the surreal situation occurred in the middle of what appeared to be a completely normal broadcast.

In addition to the aforementioned gifts, the box also contained two telephone numbers: one that supposedly belongs to the author of the present and another that corresponds to a bodyguard service that the aforementioned contracted.

After being baffled by what happened, the streamer thought it was all a prank by some other famous content creator trying to play a prank on her to get material for a new video.

“There’s no creepy ‘escape with me or marry me’ like there usually is,” Amoranth said after reiterating that she believes some internet celebrity is behind the box.