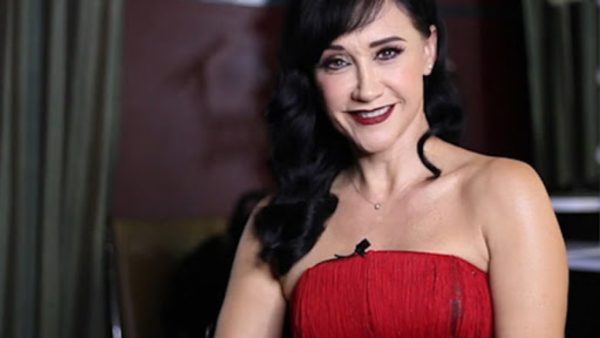 The Mexican actress, Susana Zabaleta, attacked Yuri, after the Veracruz woman made some comments that were considered homophobic by the LGBTQ + community a few days ago during her participation with the Golden Scorpion.

During an interview with the media, which was later taken up on the YouTube channel of the digital journalist Eden Dorantes, Susana revealed the sadness caused by the sayings of the interpreter of La maldita primavera and believed that they were “stupid”.

“I don’t like what Yuri says. It makes me very sad that they still comment on these stupid things when there are people who have suffered a lot. There are people who have killed, simply because of being homosexual, it is very sad that people are so stupid to say stupid things, “said Susana. However, the actress’s reaction is far from the only one against Yuri, who during the Scorpion dynamic at the wheel confessed that she had ever had sexual relations with a non-heterosexual person, although she did not know it. Later, when he found out, he showed concern and went for tests.

After mentioning that he has had many boyfriends and sexual partners during his life, the youtuber asked him if throughout “the boyfriend catalog” he had never had one “that was from the other side” or “gay” to which he replied that Yes.

Then the Golden Scorpion asked him if that situation had hurt his ego to which Yuri replied that he had been more concerned that they had not infected her with HIV / AIDS; which is why Yuri was once again accused of being homophobic.

“The boy comes out the other side and everything and I said ‘how is it going to be like this'”, said Yuri, to which the Golden Scorpion interrupted asking if any of his boyfriends turned out to be ‘gay’ – in a derogatory way – and she replied ” Yes, horrible, horrible ”.

The youtuber was not left with the doubt and added a new question: “No mamyes this will gon, but did it burn you or did it offend you? ”, to which the singer replied“ No, it didn’t burn me, I was worried ha ha ha. Do not leave that, I went to do an analysis ha ha ha ”, he mentioned.