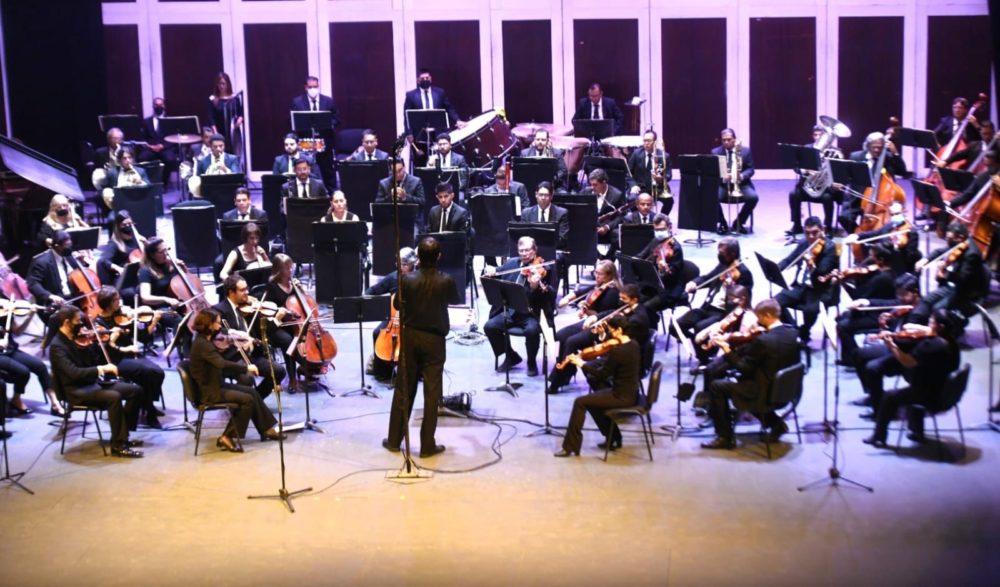 The public went this Friday to the Teatro de la Paz, to listen to the fabulous repertoire of the OSSLP that on this occasion was directed by the invited guest, Eduardo García Barrios

The Ministry of Culture, through the San Luis Potosí Symphony Orchestra (OSSLP) presented this Friday a spectacular concert on the literary work of Hamlet and Ibsen by the invited guest director, Eduardo García Barrios and the literary and vocal guide of the soprano Vanessa A. Asenjo.

In response to the policy of the Governor of San Luis Potosí, Ricardo Gallardo Cardona, to bring together and promote quality artistic events for the people of Potosí, the agency held the event at the Teatro de la Paz. The invited guest, Eduardo García Barrios, directed the opening theme of Shostakovich’s work, “Something is rotten in Denmark”, “To be or not to be”; famous phrases of this work that summarizes the unique state of the characters involved in this drama and that, unfortunately, are still valid today.

In the majestic concert, the public was able to listen to Shostakovich’s work that masterfully shows the violence in the poisoning, the murder of the father and is complemented by the fourth movement, which is the arrival of the actors and that brutally between fanfares they are going to represent this murder.

During the concert, the duel between Hamlet and Laertes was presented, in which the sound of the swords is described, ending with the death of Hamlet. The soprano Vanesa Asenjo performed some pieces “The dawn”, “The death of the mother”, “Exotic dances”, “The fantastic world of the King of the Mountain and his demons”, “The storm”, among others.