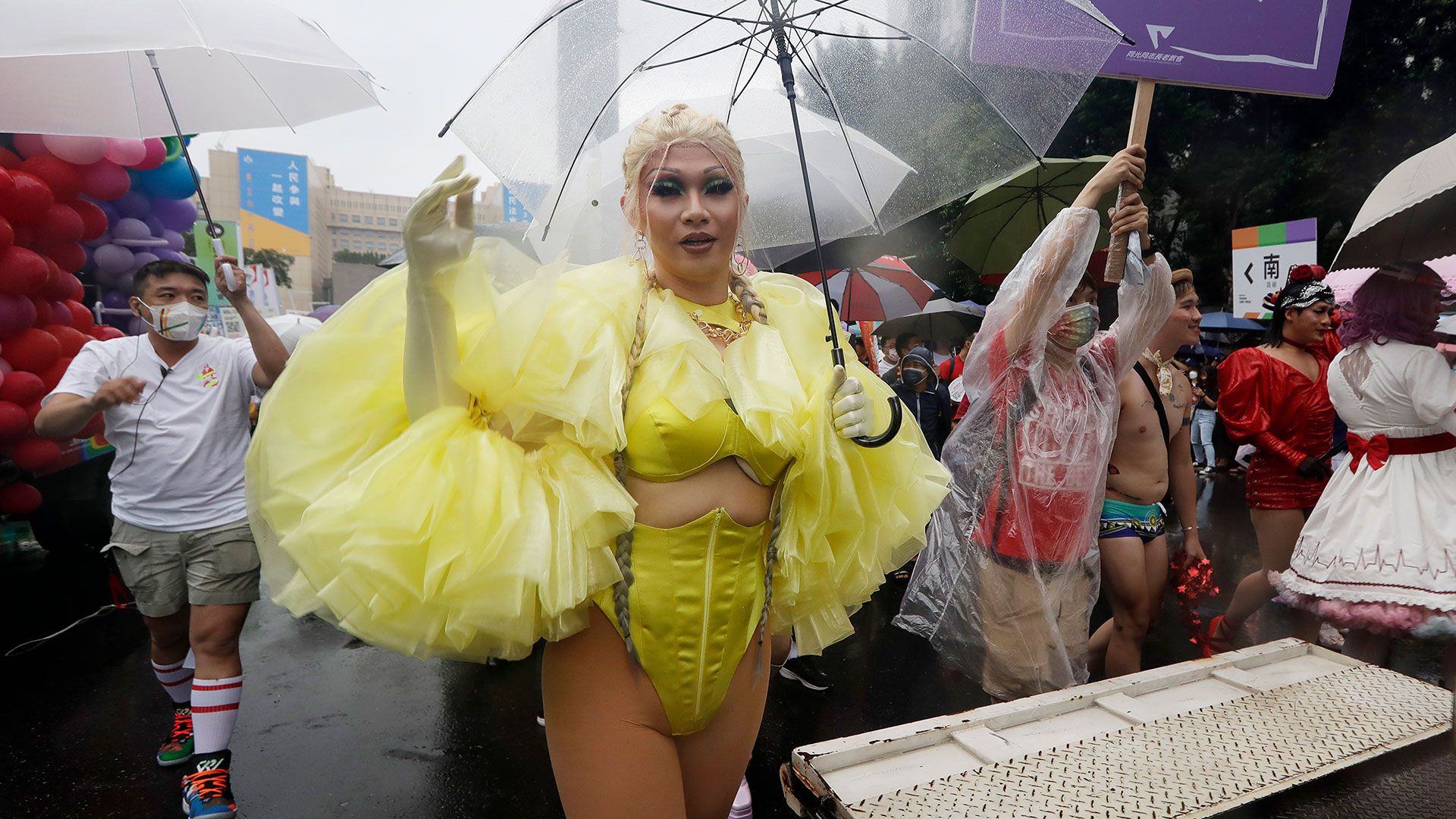 Tens of thousands of people braved the downpours in Taiwan this Saturday to celebrate on the island, the first manifestation of the LGBTQ pride since it fully reopened its border.

Taiwan is at the forefront of the burgeoning human rights movement LGBTQ in Asia and became the first place in the region to legalize equality marriage in 2019.

its capital, Taipeiannually hosts one of the marches of the Pride largest in Asia, with the exception of last year, when an increase in cases of covid-19 forced to hold the event online.

The festivities returned to full swing on Saturday when protesters dressed in garish costumes and covered themselves with rainbow flags on the 20th Taiwan Pride paradeand the organizers estimated that the turnout was 120,000 people.

“I am very excited to be part of the first physical parade in two years,” he said. Wolf Yanga 40-year-old service industry worker, who sported a gold suit with a sequined headpiece and matching nose ring.

It may interest you: Who is Anne Jakkaphong, the businesswoman and transgender woman who bought Miss UniverseThis is what you should know about the neutral role

Max, a 35-year-old French citizen, joined the march for the first time since moving to Taiwan last year, along with several friends who came from Japan and South Korea.“I think Taiwan should be proud of that. It’s a great thing to recognize gay marriage. Asia and the world should be proud of it.”

A record crowd of 200,000 people joined the pride parade 2019 to celebrate after Taiwan legalized same-sex marriages that year.

At least 7,000 same-sex couples have since married, though the law still contains restrictions that heterosexual couples do not face.

Under current rules, Taiwanese citizens can only marry people from about 30 countries and territories where same-sex marriage is also legal.

College student Virginia Li, 22, said she joined the parade with about 20 friends from the eastern city of Hualien to support gay rights.

“Taiwan is much friendlier to the gay community that many countries… I am proud of the progress that has been made.”

Photos from AFP and Reuters

Who is Anne Jakkaphong, the businesswoman and transgender woman who bought Miss UniverseThis is what you should know about the neutral role

LGBT + community, from Italy, with “very real fears” after the triumph of Giorgia Meloni