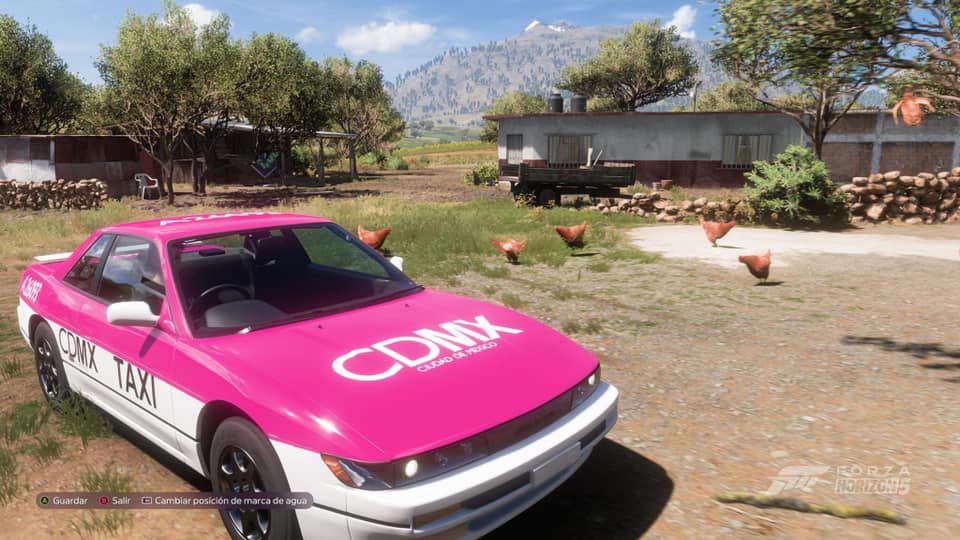 Forza Horizon 5 not only brought beautiful landscapes from all over Mexico, as it has also put the creativity of its players to the test, who have taken advantage of the customization tools to replicate the emblematic Mexico City taxis, delivery vehicles, beer trucks and even the 4×4 used by drug cartels.

Although this option was already enabled in past editions, on this occasion, being in Mexico the scenarios coincide perfectly with the typical vehicles that can be seen ordinarily in the country.

In that order, the capital’s taxis with pink and white colors, also known as “Hello Kitty”, have attracted attention, as users even managed to place their pictures the same as those in real life.

But not only the current taxis were brought up to Forza Horizon 5, since there were also those who personalized “bochitos” with the ones they previously had (gold and wine colors) and were known by the residents of the capital as “Iron Man”.

Others have had fun replicated National Guard vehicles and the Jalisco Nueva Generación Cartel (CJNG) to place them on the same track, simulating the operations and persecutions of the authorities against criminals dedicated to drug trafficking. One of them even placed the legend: “Mencho special forces”.

There were also those who spent part of their time customizing cars with the Sabritas and DHL brand badges and running them through the streets of Mexico.

There was also no lack of beer delivery trailers traveling down the highway, simulating another landscape that any Mexican has seen when going on a road trip.

Of course, those who made reference to memes such as “Vamos Tilín”, and others to the stickers that some drivers, mainly of public transport, place on their vehicles with the phrase “I don’t get fat.”

These images were uploaded by the players of Forza Horizon 5 after finishing their vehicle customizations, and subsequently collected in social media groups.

How to customize cars in Forza Horizon 5

In the tab Design and paintings you will be able to find several options; Likewise, you can access your own cars by downloading them previously.

You can also carry out this action from inside any of the houses or by going to the Horizon Festival headquarters.

The title is now available at Xbox One, Xbox Series X | S and PC, in its first weekend managed to gather more than a million players, buyers of the premium edition of the game.

Since Tuesday, November 9, the game also reached the subscription service Xbox Game Pass so that its users can fully enjoy the new driving experience with a huge range of possibilities and state-of-the-art graphics. Thanks to Game Pass, many can also enjoy the game on their mobile devices with cloud play.

Among the main characteristics of the version for these devices is the execution in 4K Ultra HD resolution, graphics matching 60 frames per second, and ray tracing without any precedent in this title.

Forza Horizon 5: speed in the best landscapes of Mexico