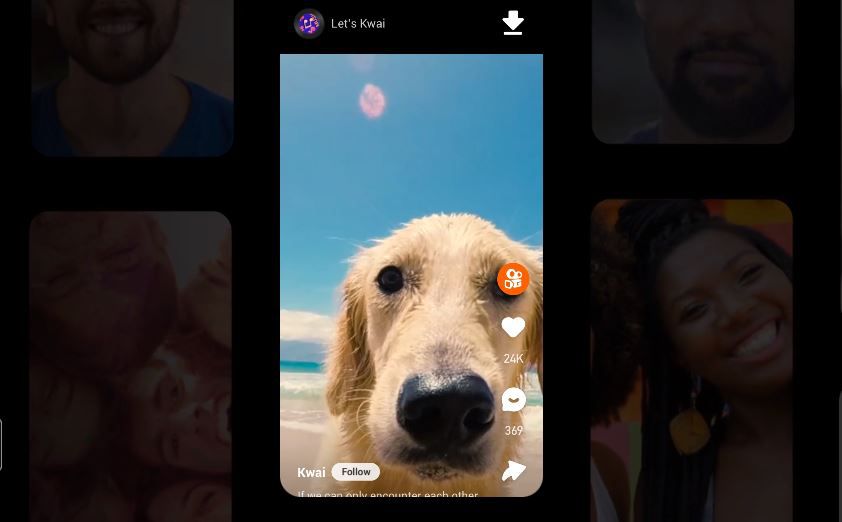 Kwai, the platform similar to TikTok, which has gained strength in the region in the last three years, has just launched a new modality, TeleKwai, focused on seeing local soap operas or mini series in a few seconds.

TeleKwai It can be attractive to people who watch content from Mexico, Colombia, Chile, Argentina, among other countries, on television and streaming platforms but want to relive some moments or short programs.

On the one hand, it allows upload and watch short videos of users and even members of recognized programs such as Master Chef and La Más Draga. On the other, local content can be viewed on television.

Gustavo Vargas, director of communications and public relations of Kwai Latin America, spoke to infobae and recalled that the future is social networks and the content that is developed in it, because “we are novels” and many people are generating producers.

In addition, he indicated that this proposal is a bet “to support the artistic sector that is most affected by the pandemic, and that is why many actors will be able to participate”

In this way, it is now encouraging content creators who seek to show their stories and productions – more elaborate than a TikTok – to join the platform, which has a window to several countries to become known internationally while monetizing.

In accordance with Kwai, there are some production companies in Mexico, Colombia and Argentina that are standing out with content from social issues, drama and comedy, with themes ranging from mini soap opera beats that count one full story and parodies of everyday life, until small series within the app.

“TeleKwai It is a program created 100% to support those content productions, actors, actresses and even those who manage talent to invite them to try a new platform that will help them internationalize their content, ”said Keith Hernández, general manager of Kwai for Latin America.

For example, there is the section La Real Academia Drag (Dragapedia), where participants of the Mexican show La Más Draga explain some terms that they occupy in the guild and that some people might not know, such as: “Me flew my wig”, which refers to an expression of surprise and shock.

The app is free to download, contains some ads, and offers direct purchases. So far it has almost 6 and a half million users who have installed it on their devices.

Although its base is also that of short videos that can be edited with effects or tracks, its entertainment approach is different, and seeks to bring local productions closer to viewers from different countries such as Mexico, Chile, Argentina and Colombia.

It also offers an interesting modality in which users can monetize through a system of payment for views and recommendations. The dynamic is to give points to others each time they watch videos, these points accumulate until they can be exchanged for money, which is deposited to the subscriber’s account.

Gustavo Vargas placeholder image He stated that “it is not that you have to have thousands of followers for your video to be seen by more people. Everything happens through the creativity and passion of your content ”.

On the other hand, from the Chaoyang District, Beijing (Peking), Kai Shao, leader of Kwai and Kuaishou in Latin America, points out that the people who use the app are “More mature users”, older than 30 years. “TikTok is very female-oriented, it’s very evident, we can all see it. We have a 1 to 1 ratio, a man for a woman. Participation is the same ”, he added.

Thanks to a historic initial offering on the Hong Kong Stock Exchange, it raised $ 5.4 billion, and thus made his brand new arrival on Latin American soil.

Kwai, the Chinese app that wants to compete with TikTok, but without celebrities

What features can be highlighted in a cell phone with a folding screen, is it worth it or not?

YouTube is updated: these are the fouls and penalties that could leave you without a channel forever