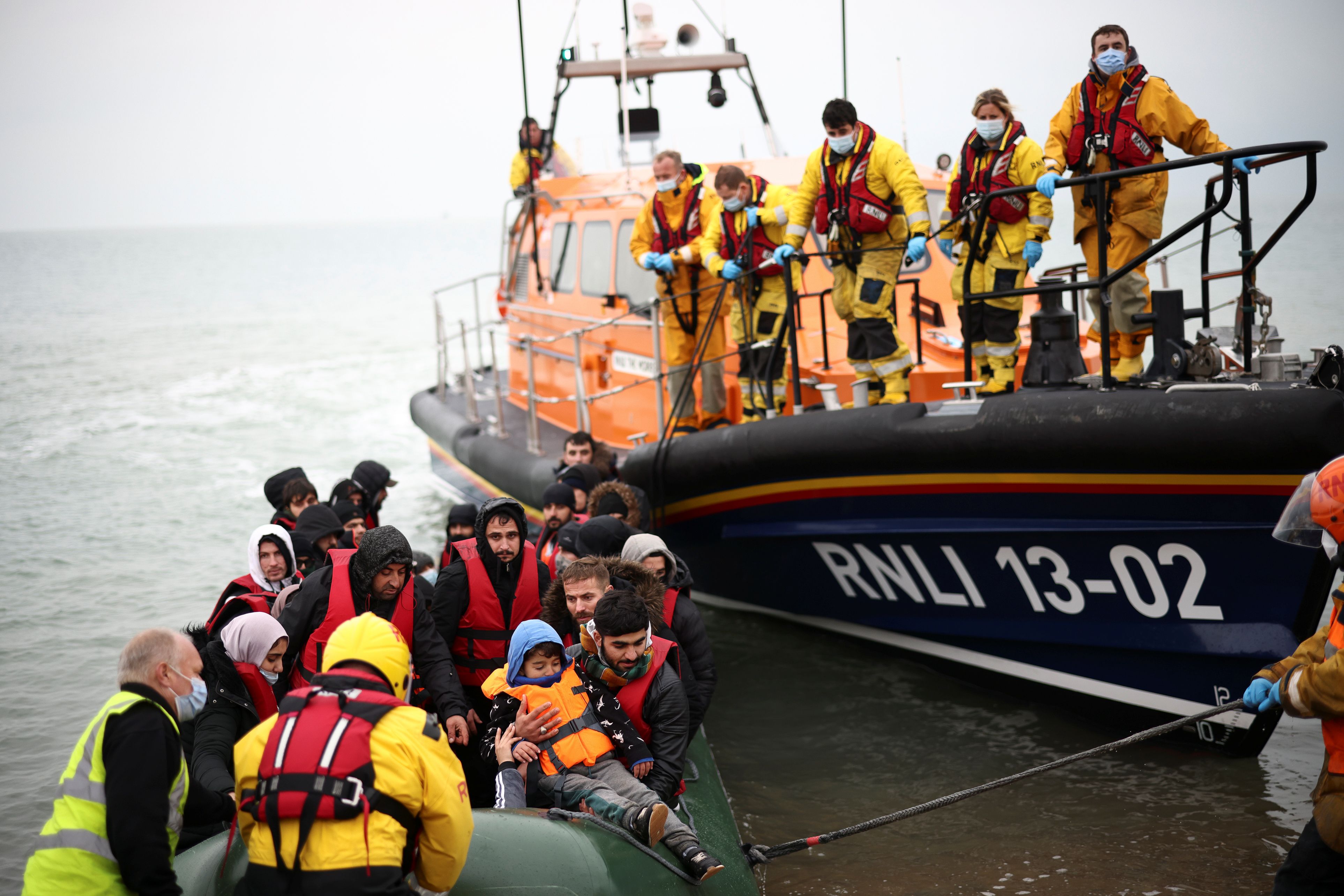 The British government reiterated on Thursday a proposal to carry out joint patrols on the French coast of the English Channel where 27 migrants died yesterday, previously rejected by Paris whose president asked not to “instrumentalize” the tragedy for political purposes.

In a telephone conversation on Wednesday night, British Prime Minister Boris Johnson and French President Emmanuel Macron agreed to “step up their efforts” and “Keep all options on the table” to tackle drug gangs organizing illegal crossings, a Downing Street spokesman reported.

Nevertheless, showing the tension between both countries, a statement from the Elysee stated that Macron hopes that the UK “cooperate fully and refrain from instrumentalizing such a dramatic situation for political purposes.”

Macron also insisted that France and the UK have “A shared responsibility” in this drama and asked that the cooperation between them is “effective”.

On Wednesday, 27 people died in the wreck of a motorboat in the English Channel, including 17 men, seven women and three young people whose age has not been detailed, according to the latest data provided by the Lille prosecutor, Carole Etienne, in the French press.

This tragedy is the deadliest since the migration of this channel increased in 2018, after the progressive closure of the port of Calais and the tunnel under the Channel.

Macron aimed against “Networks of traffickers who, by exploiting misery and anguish, endanger human lives”.

“France has been acting, in collaboration with the United Kingdom, to dismantle trafficking networks” and “since the beginning of the year (…) 1,552 traffickers have been arrested on the north coast and 44 networks were dismantled“Said the French president, adding that 7,800 migrants were saved.

According Tom Pursglove, British Secretary of State for Immigration, Johnson reiterated a proposal, previously rejected by Paris on sovereignty grounds, to organize Franco-British patrols on the French shores to prevent the departure of the vessels.

“I hope the French will reconsider this proposal”He told the BBC.

Following a crisis meeting held on Wednesday, Johnson accused the French authorities of not having done “enough” to prevent the crossings., despite having received more than 60 million euros (67 million dollars) of British contribution to reinforce the surveillance of its coasts.

“What we propose is to increase our support, but also to work with our partners on the affected beaches”, Pursglove specified.

This theme of the clandestine crossings, which regularly feeds the tensions between London and Paris, is delicate for the conservative government of Johnson, who made the fight against immigration his workhorse after the Brexit.

The increasing blockades and controls in the port of Calais and the tunnel that connects the European continent with the United Kingdom, and which until now were the roads most used by migrants, have caused them to now take the sea route in boats not adapted for make the journey.

So far this year they have registered 47,000 attempted clandestine sea crossings to the UK. Law enforcement agencies have rescued 7,800 migrants in that time.

After Wednesday’s tragedy, the deadliest to date in the English Channel, several British newspapers denounced the alleged neglect of the French.

The newspaper The Sun published a photo on the cover of the one he presented as a French police car that allowed a group of migrants in red vests to take an inflatable boat to the water. “They do not do anything”, he wrote.

“Is it really time to point the finger? (…) Is it the moment not to fight together against these traffickers? “, reacted French deputy Bruno Bonnell, from President Macron’s LREM party.

“Of 30,000 people trying to cross the Channel, 60% have been arrested “, he assured the British channel Sky News, admitting that it is insufficient. But “this happens at night on small beaches. The police cannot be everywhere, let’s face it, ”he stressed.