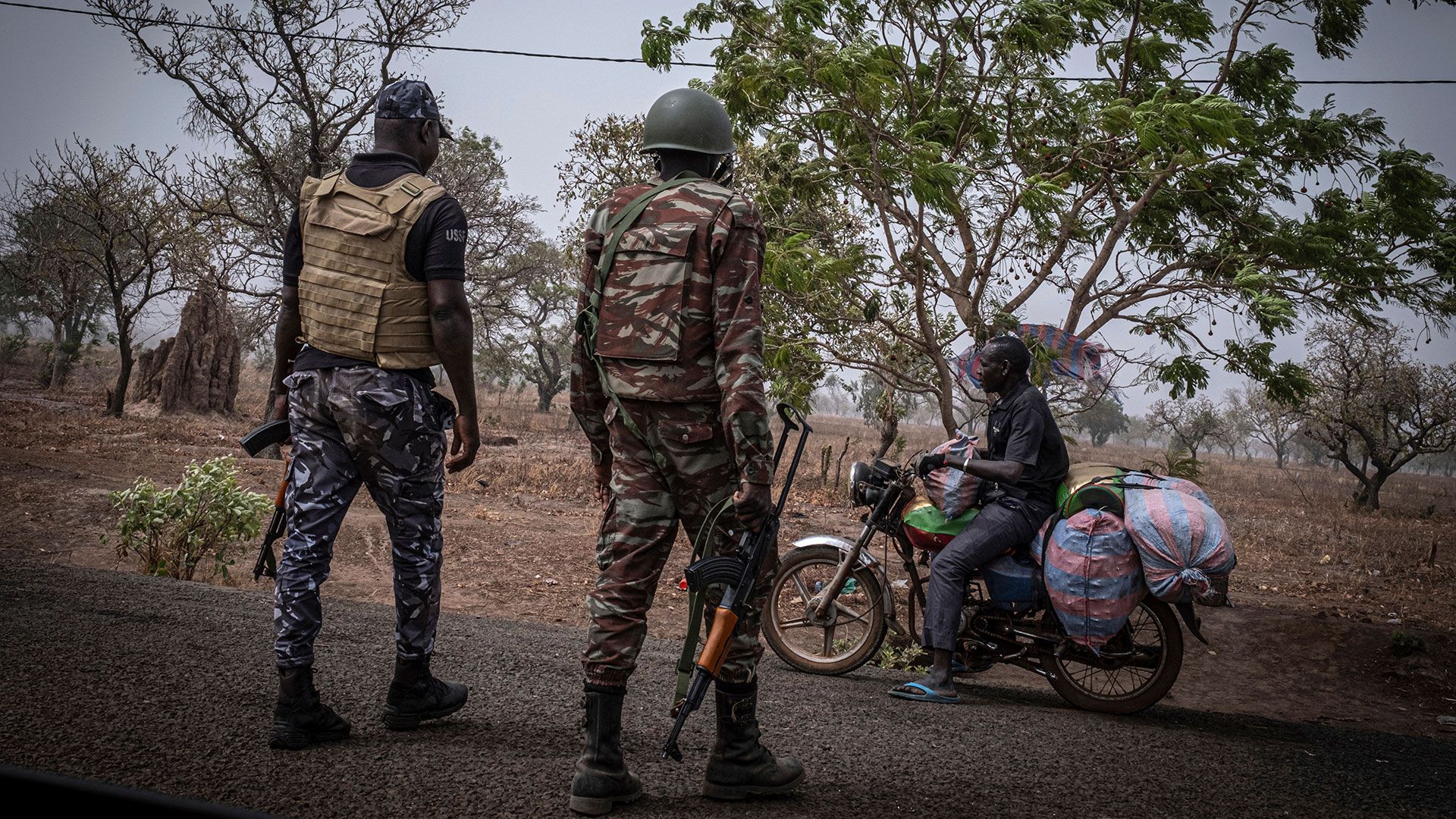 The attack took place towards evening on Wednesday in the town of goulgountouin Burkina’s Sahel region, when assailants arrived on motorcycles and herded worshipers inside the mosque, a witness said.

The ahmadi muslims of the town were quietly congregated in their Mahdi Abad Mosque – a village built by the Community in 2008 near the northern city of Dori – for evening prayers, when terrorists stormed the mosque and began harassing worshipers.

“They separated the women, children and the elderly and then gave sermons to try to convince the faithful to abandon” their form of faith, the source said.

“They even started a discussion with the imam and when he refused, they executed him,” the source said. “They tried to cut his throat, but he resisted, saying he wanted to die standing up, so the terrorists shot him in the head,” said a local resident, adding that he had attended the victims’ funeral on Thursday.

“Eight other faithful, mostly community leaders, were killed by the same shots.”

“Our Community around the world is a true family. We are devastated by this brutal murder of our brothers and we mourn with their loved ones. We pray that God wraps the martyrs in his mercy,” he declared. the spokesman for the Ahmadiyya Muslim Community.

He added: “We also pray for the security of Burkina Faso and that the government fulfills its duty to protect all the Burkinabe people – including Ahmadi Muslims – and that the perpetrators of this perverse crime are brought to justice.”

Goulgountou is located near the mining town of Falagountou, close to the border with Niger. The area has suffered several incursions by suspected jihadists since the beginning of the week, according to the sources.

Thousands of people have been killed and more than two million have fled their homes since jihadists began launching attacks on Burkina Faso from neighboring Mali in 2015.

More than a third of the country’s territory is outside government control.

The insurgency sparked two coups last year among army officers enraged by the rising number of casualties. The latest board is headed by Captain Ibrahim Traore, who at 34 is the youngest leader in the world.

Ahmadi Muslims are persecuted because of their faith, both by state and non-state actors, in many Muslim-majority countries, including Pakistan. In 2010, dozens of Ahmadi Muslims were killed by terrorists who simultaneously attacked two mosques in the city of Lahore.