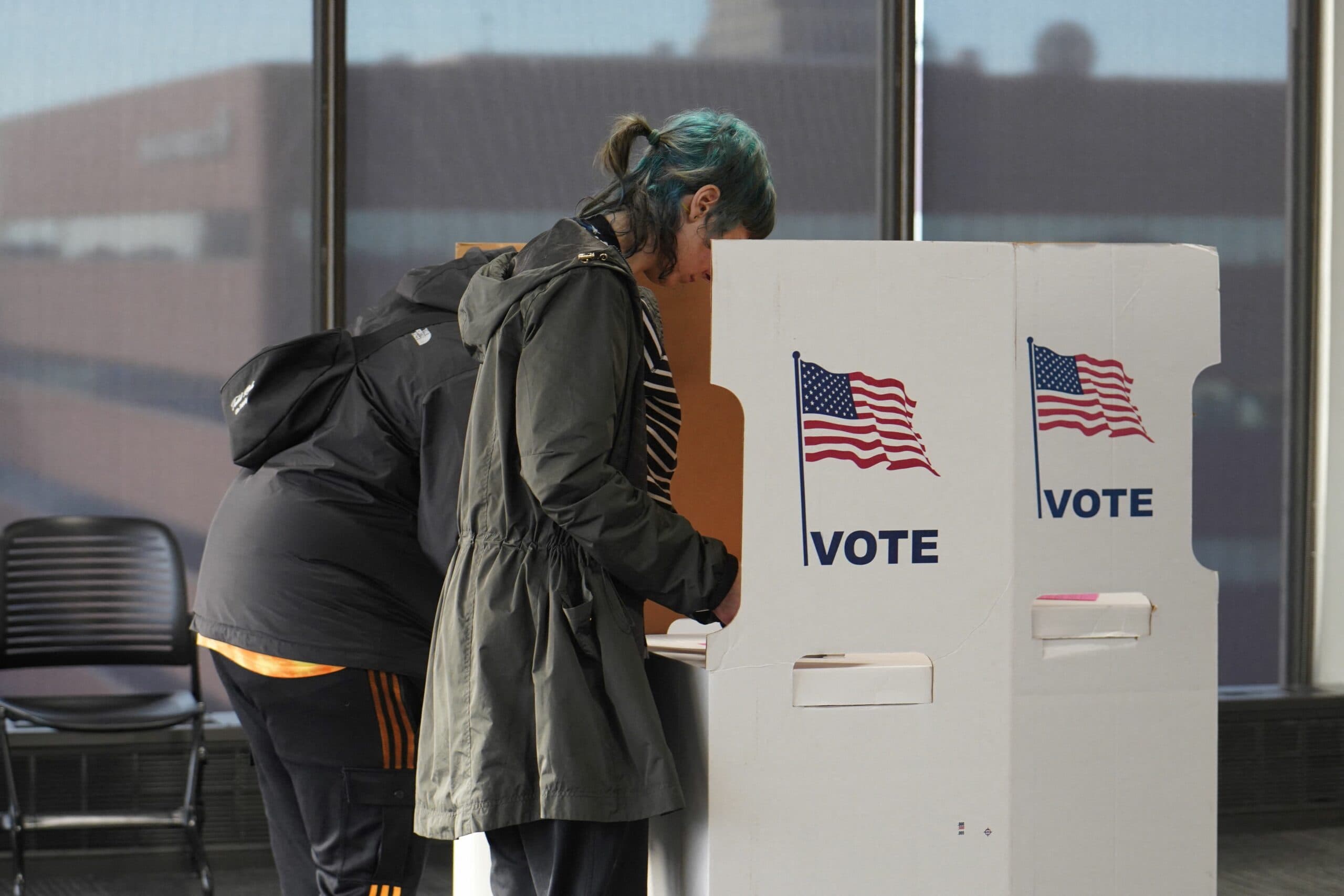 Since the Supreme Court of Justice reversed the ruling of Roe v. Wade (which laid the foundations for almost 50 years for abortion to be legal throughout the country), making the decision on this issue fall on the states, in a quarter of the country abortion became illegal and in eight states the issue is in a limbo

These are the first general elections since the controversial Supreme Court ruling, and the issue is on the minds of millions of voters, as well as on the agenda of many of the candidates. Depending on who is the state governor, who in turn has the authority to appoint state Supreme Court justices if given the opportunity, will shape the future of abortion access in much of the country.

Although according to the vast majority of surveys the economy and inflation are the issues that most concern Americans, in the last four months (since the Court’s ruling) abortion has been placed among the five most important issues, a fact that the Democratic Party (which controls the executive power) has done central to their campaigns.

Although there are 36 governorships in dispute, in four of them the issue of abortion is central, as well as in a series of state amendments that can change history.

The current Democratic Governor of Pennsylvania, Tom Wolf, has put the brakes on the Republican-majority state legislature for the past four months that intended to restrict access to abortion. But Wolf has already served his two terms, and his position is disputed. Doug Shapirofor his party, and Doug Mastriano, for the Republican party. In this considered pendulum state (with no clear preference for either party), either party can win.

Shapiro is currently the state’s attorney general and has made abortion the central issue of his campaign, even promising that if he were governor he would veto any law that would limit access to the procedure.

Mastriano, for his part, has expressed his full support for a new law that restricts access to abortion absolutely from the moment of conception, without any exceptions.

Two opposing views that could change the situation in Pennsylvania.

Wisconsin had a law of 1849 that prohibited access to abortion. Although not enforced, the law remained in force. Since the Supreme Court ruling, many Wisconsin politicians have begun calling for this law to be enforced. Democratic Governor, Tony Everswent to court arguing that other laws passed in the state (such as one in 1985 authorizing abortion up to the point of fetal viability) take precedence over a 173-year-old law.

Everything seems to indicate that Evers will win re-election against his Republican opponent Tim Michaelsbut there are doubts that the Republicans can win super-majority in the state legislature, which would leave Evers without a veto. There, the decision of the courts will be key.

Doug Doucey, the current governor of Arizona, is not eligible for re-election. That is why the governorship is in dispute between katie hobbsfor the Democratic Party, and Kari Lake, for the Republican party. Both women have conflicting views on abortion, with Hobbs believing there should be no limitations on access to abortion, while Lake (who was supported by donald trump) believes that there should be no access to abortion after 15 weeks of gestation.

Democratic Governor of Michigan Gretchen Whitmer, focused his campaign for re-election on the issue of abortion. His Republican opponent, Tudor Dixon, has spoken out in favor of restrictions on access to this procedure. According to the polls, anything can happen in this contest.

In five states there will be abortion-related questions on the ballot. In Michiganthe so-called Proposition 3 asks voters if they want the constitution changed to guarantee some access to abortion and birth control.

In MountainReferendum 131 consults if they want to maintain the current law that gives legal access to abortion until the fetus is viable.

Proposal 2, of Kentucky, wonders if they want to modify the constitution to guarantee that there is no right to abortion. A similar query lost at the polls months ago in an election in Kansas.

In California, Proposition 1, also seeks support from the electorate to add an amendment to the constitution guaranteeing access to abortion. This proposal is expected to win by a large majority in the most progressive state in the country.

Lastly, in Vermontcalled Proposition 5, seeks to have the current state law that has no limits on abortion become part of the state constitution.

Minute by minute: more than 40 million voters have already voted early in the midterm elections in the US

Infographics: What’s at stake in the US election and what the key battles will be