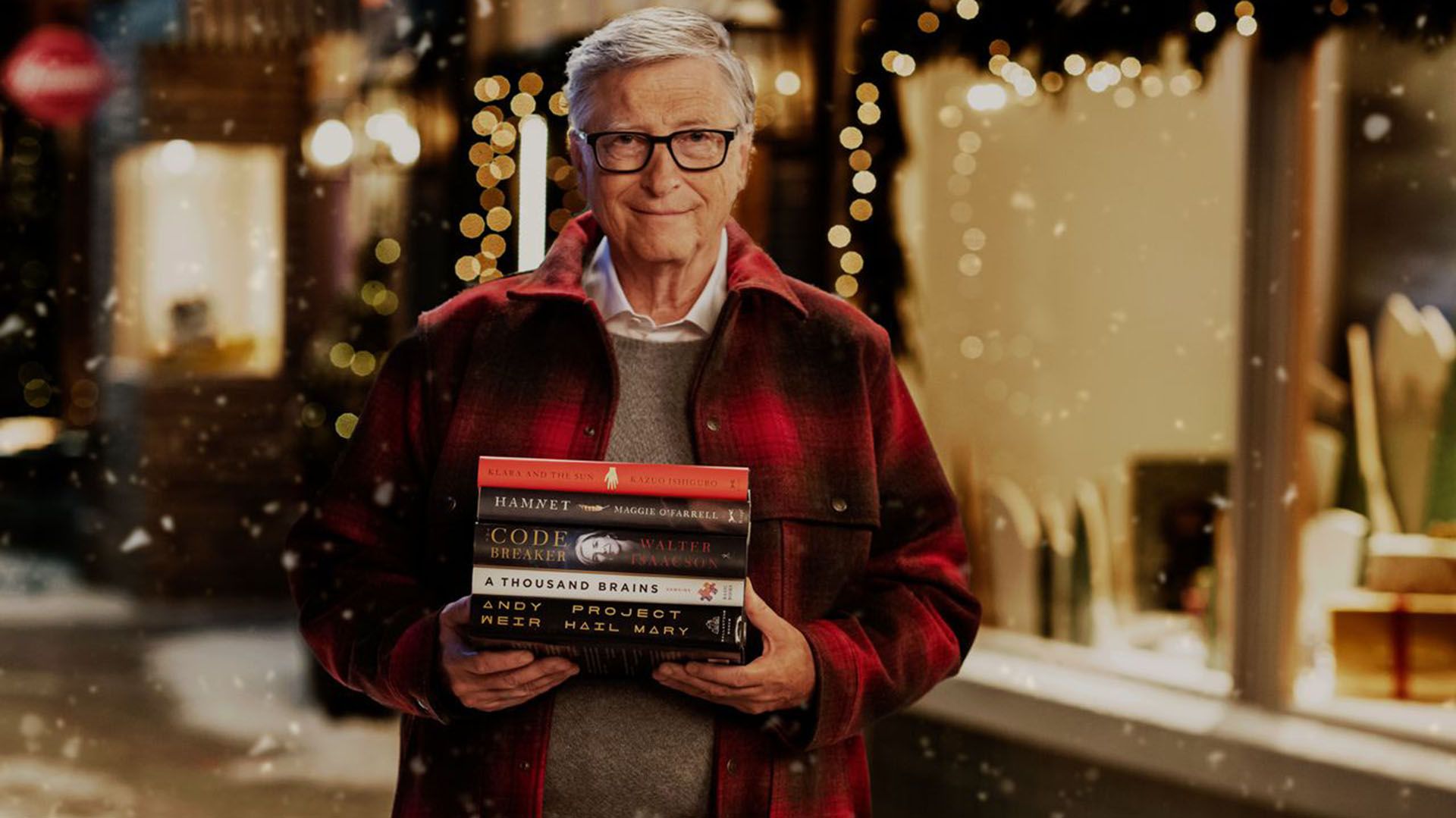 “When I was a kid, I was obsessed with science fiction“, writes Bill gates. “Paul Allen and I spent countless hours discussing the original Isaac Asimov Foundation trilogy. I read all the books of Edgar rice burroughs and Robert Heinlein (The moon is a cruel lover it was one of my favorites). There was something so exciting to me in these stories that it pushed the limits of what was possible. “

As it grew, Gates began reading a lot more nonfiction. I was still interested in books exploring the implications of innovation, “but it seemed more important to learn something about our real world along the way. Lately, however, I have found myself drawn to the kinds of books that I would have loved as a child. “

In a post titled 5 books I loved reading this year, the founder of Microsoft recommended the readings that fascinated him in 2021 in your holiday reading list this year, including two fabulous science fiction stories.

One takes place almost 12 light years away from our sun, and the other is located in the United States., but both made him think about how people can use technology to respond to challenges. It also included a couple of nonfiction books on cutting edge science and a novel that made him look at one of the most famous figures in history from a new perspective.

A Thousand Brains: A New Theory of Intelligence, by Jeff Hawkins

“Few themes have captured the imagination of science fiction writers quite like the artificial intelligence. If you’re interested in learning more about what it takes to create true AI, this book offers a fascinating theory. Hawkins may be best known as the co-inventor of PalmPilot, but he has spent decades thinking about the connections between neuroscience and machine learning, and there is no better introduction to his thinking than this book, ”Gates wrote.

The codebreaker: Jennifer Doudna, gene editing and the future of the human race, by Walter Isaacson

“The CRISPR gene editing system is one of the coolest and perhaps most important scientific breakthroughs of the last decade. I am familiar with it from my work at the foundation (we are financing several projects that use technology)But I still learned a lot from this comprehensive and accessible book about its discovery by Nobel Prize-winning biochemist Jennifer Doudna and her colleagues. Isaacson does a good job of highlighting the most important ethical issues surrounding gene editing, ”posted the Microsoft founder.

Klara and the sun, by Kazuo Ishiguro

“I love good robot stories, and Ishiguro’s novel about an ‘artificial friend’ of a sick girl is no exception. Although it takes place in a dystopian future, robots are not a force for evil. Instead, they serve as companions to keep people company. This book got me thinking about what life would be like with super smart robots and whether we will treat these types of machines as pieces of technology or as something else, ”Gates said.

“If you are a fan of Shakespeare, you will love this poignant novel about how his personal life may have influenced the writing of one of his most famous plays. O’Farrell has built his story on two facts that we know to be true about ‘The Bard’: his son Hamnet died at the age of 11, and a couple of years later, Shakespeare wrote a tragedy called Hamlet. I especially enjoyed reading about his wife, Anne, who is pictured here as an almost supernatural figure, ”said the billionaire.

Like most people, I knew Weir’s handwriting via The Martian. His latest novel is a crazy story about a high school science teacher who you wake up in a different star system with no memory of how you got there. The rest of the story is about how he uses science and engineering to save the day. It’s a fun read and I finished everything in one weekend. “

“Klara and the Sun”: Kazuo Ishiguro explores what it means to be human from the eyes of an android