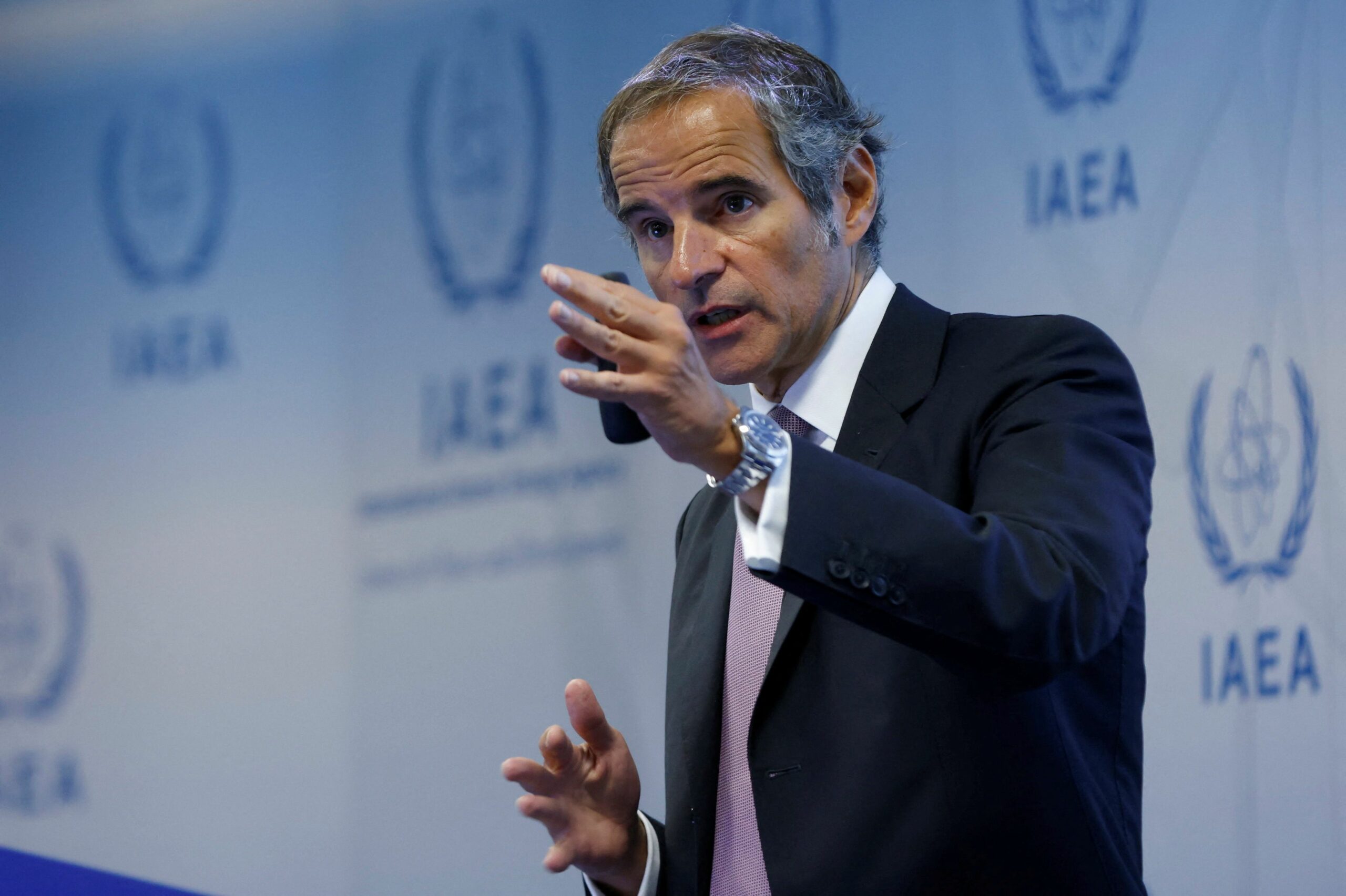 The CEO of International Atomic Energy Agency (IAEA)Rafael Grossi, began this Wednesday “real negotiations” with the Ukrainian and Russian delegations in New York to establish a protection zone around the nuclear power plant of Zaporizhzhia.

This was announced by Grossi in two tweets in which he shows his meetings with two delegations, which are in the United States these days on the occasion of the UN General Assembly.

“I have initiated real consultations on the Nuclear Safety and Protection Zone at the nuclear power plant. Zaporizhzhia, in Ukraine. Productive and professional exchange with Russian Foreign Minister Sergei Lavrov,” Grossi said in a first message on Twitter.

“We have started constructive and active consultations with the Ukrainian Foreign Minister, Dmitro Kuleba, on the establishment of a Nuclear Safety and Protection Zone at the nuclear power plant. Zaporizhzhia.

The CEO of International Atomic Energy Agency (IAEA) He also stated this Wednesday that the situation at the nuclear power plant in Zaporizhzhia is “continuing to deteriorate”, after the Ukrainian nuclear operator Energoatom accused Russia of bombing the structure again, in the south of the country.

“Russian terrorists have again bombed the nuclear power plant of Zaporizhzhia during the night”, indicated Energoatom in the Telegram network. Again, kyiv and Moscow deny responsibility and accuse each other of nuclear blackmail.

Grossi showed his concern and remarked that “we cannot afford to wait for something catastrophic to happen.” He also added that “as long as the bombing continues, the risks are enormous.”

Despite the recent attack, the Ukrainian authorities claimed that the radiation rate at the facility did not exceed the norm.

Given the urgency of the situation and the seriousness of the events, Grossi said that he will travel to Ukraine soon – he does not rule out passing through Russia – since they must “act quickly”.

Meanwhile, the French Minister of Foreign Affairs, Catherine Colonna, maintained that the goal is “a demilitarization of the plant within the framework of Ukraine’s sovereignty”. Earlier this month, President Emmanuel Macron He had urged Putin to withdraw heavy weapons from the Zaporizhzhia region, while the Russian leader warned of the possible “catastrophic” consequences of the fighting in that area.

the center of Zaporizhzhia it is the largest in Europe and has been under Russian occupation since the first days of the invasion. It was the target of multiple attacks that cut its transmission lines, forcing operators to take it offline to avoid a nuclear disaster.

Due to the danger implied, at the beginning of the month, the nuclear agency of the UN arranged for two inspectors to be stationed there. The measure was given after the visit of a mission in which the state of the plant was verified. This presence could be increased in view of the establishment of the safe zone.