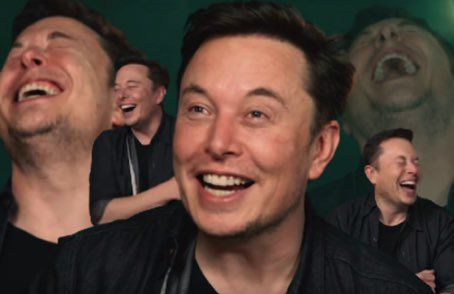 After Elon Musk bid several billion dollars to buy Twitter, users of the social network began to do memes about the event, which took everyone by surprise despite the fact that in recent weeks there have been several news on the subject.

And it was recently reported that the CEO of Tesla it is Owner of more than 9% of the social network, because of this, it was said that he would become part of the board of directors of this. However, it was later announced that no such thing would happen, and now, a few days later, Musk said he was willing to buy Twitter.

Although several events had already occurred around the tycoon and the social network, the sudden proposal to pay $54.20 per share, that is, a total of 41 billion dollars for the entire company.

That price represents a 38% premium over Twitter’s close on April 1, the last day of trading before Tesla’s CEO’s more than 9% stake in the company was made public. The total value of the operation has been calculated on the basis of 763.58 million shares in circulation, according to data from Refinitiv.

Such news could not be overlooked by users, who through the memes they expressed their opinion on the multimillion dollar offer of Elon Muskwho could make various changes to the platform if he takes control of it.

There were those who took up the scene from The Lord of the Rings when Aragorn walks in front of the Army of the Dead, as if it were Musk reviving the accounts suspended by Twitter, after buying the company.

And given the possible changes that there would be, in case Musk’s offer is accepted, there are those who hope that their publications with Elon Musk memes will not be reason enough to lose their accounts.

There was no lack of meme that recalled that the board of directors of Twitter “criticized” Elon Musk, suggesting that he start his own social network if he did not like it and had many changes for it. In the second frame of the meme, they put a surprised face that would represent Twitter when seeing that the tycoon instead of making his own social network will buy his.

Some also made fun of the news, assuring that if Elon Musk acquires Twitter, the logo could change. The capital T of the social network would be equal to that of Tesla.

They also joked that in addition to changing the T of Twitter, it could change the iconic blue bird with the silhouette of a white puppy on a blue background.

Others joked that if the purchase proposal is accepted, the platform employees will be afraid of the new orders and requests that Elon Musk will make.

Others suspect that Elon Musk’s offer coincides with the most recent controversy between actor Johnny Depp and Amber Heard because the millionaire does not want information circulating on the social network that links him to the case.

Another joke was related to the fact that there are those who can pay more money to buy Twitter than Elon Musk.

Similarly, Elon Musk was mocked because his plans to improve Twitter are based on buying the platform outright, a Bruce Wayne-like solution.

The billionaire, who currently owns almost 73.5 million shares of the messaging company, had become a critic of the social network and had questioned whether its rules adhered “rigorously” to the principle of freedom of expression. expression.

TikTok works on the ‘Dislike’ button in the comments, so it will work