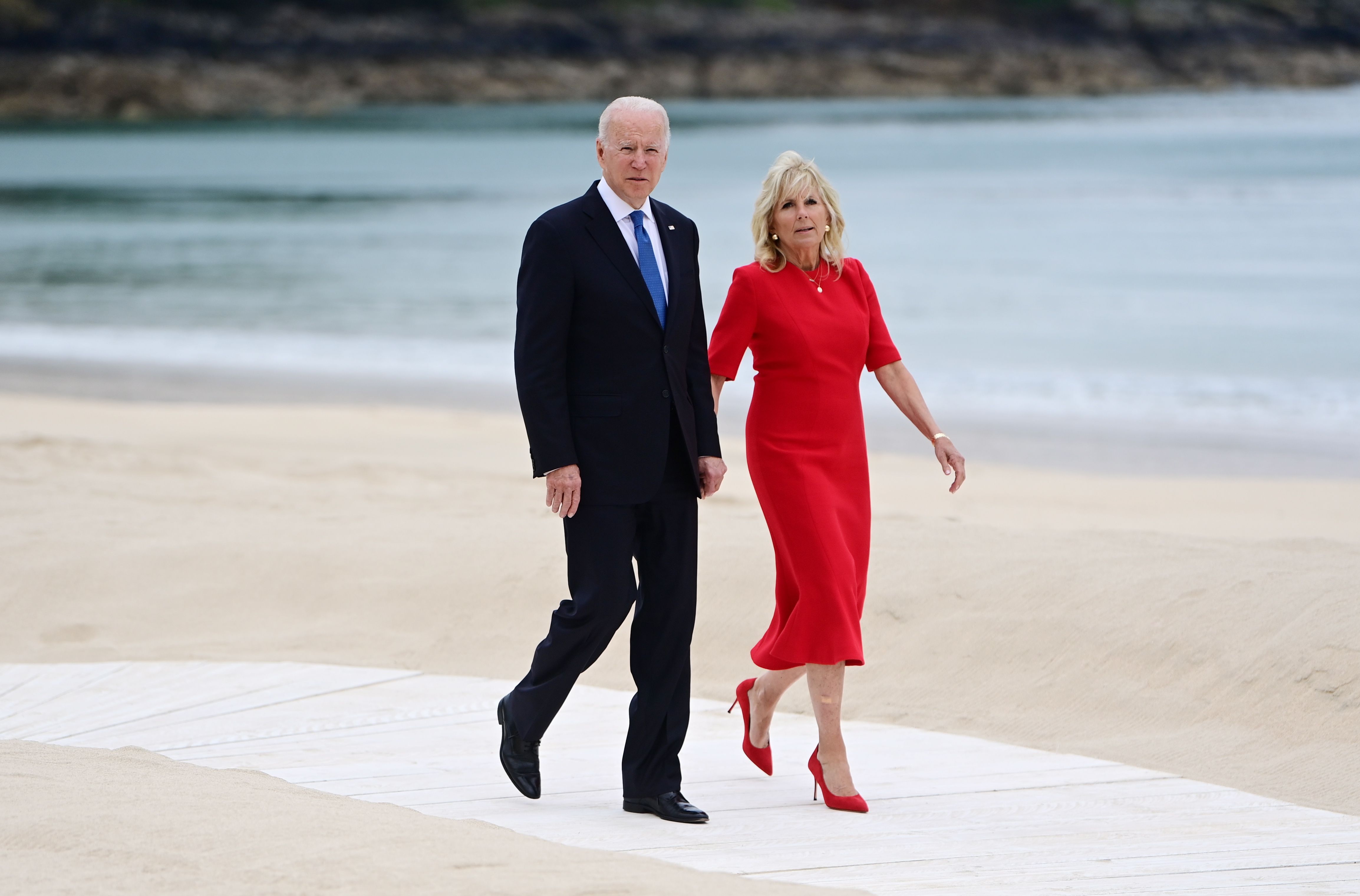 The Bidens took up this year a tradition of three decades for your family, visit together the small town of Nantucket, on the island of Cape Cod, Massachusetts, to celebrate the family holiday. The last time they had passed Thanksgiving there it was in 2019, when the democratic president he was campaigning to become the presidential candidate that would ultimately lead him to the White House. Last year, a small group of relatives found themselves in Delaware, where Biden lived until moving to Washington to work in the Oval Room.

Although Thanksgiving is celebrated tomorrow Thursday (the holiday is always the last Thursday of November), like many other Americans, the Bidens decided to make this holiday a multi-day vacation. President Biden and the first lady arrived in Nantucket Tuesday night and will stay there until Sunday.

Next to the presidential couple is their son Hunter biden and his wife Melissa cohen. The other daughter of the couple is also part of the family recess, Ashley biden, and the president’s grandchildren: Beau, Finnegan, Hunter, Maisy, Natalie and Naomi, who traveled with her fiancé, Peter Neal.

The White House confirmed that the Bidens, just as they have in the past, are staying at the billionaire’s home. David rubenstein, a personal friend of the president for at least three decades.

But when a person is the leader of the free world, nothing can be entirely normal. Together with the family there is an extensive security operation. A cargo plane from the presidential fleet, Air Force, unloaded two armored vans on the island in case a family member wishes to leave the house.

Nantucket has a small international airport, whose security protocol was modified between Tuesday and Sunday due to the illustrious visitors. They have informed the passengers that they will arrive at the airport with more time than normal because the controls will be more exhaustive. The measure affects even pilots and flight attendants who arrive at this airport. During certain times there will also be limited flight restrictions. This is common when the president is about to arrive or leave an airport, other planes are not allowed to fly at the same time.

While Biden is officially on vacation, has not yielded command to Vice President Kamala Harris, as happened earlier this week when they performed a colonoscopy on the president. From Cape Cod Biden is attending to his presidential agenda.

Cape Cod is a traditional destination for American high society in both winter and summer. Its beaches have seen the country’s patrician families spend the summer for decades, and in winter, many use the fabulous mansions of the area to take refuge from the intense cold.

The most recognized visitors to this island have been for decades the Kennedys. Generations of this family of politicians have spent winters and summers in fabulous homes in northern Massachusetts where they hail from.

President Barack Obama and his family spent several summers in Martha’s Vineyard, another famous resort in the area, while they were in the White House. There is even a coincidence there with the Bidens, their friends and political associates. After leaving the presidency, Obama bought a house in Edgartown, another of the most exclusive areas of this island.