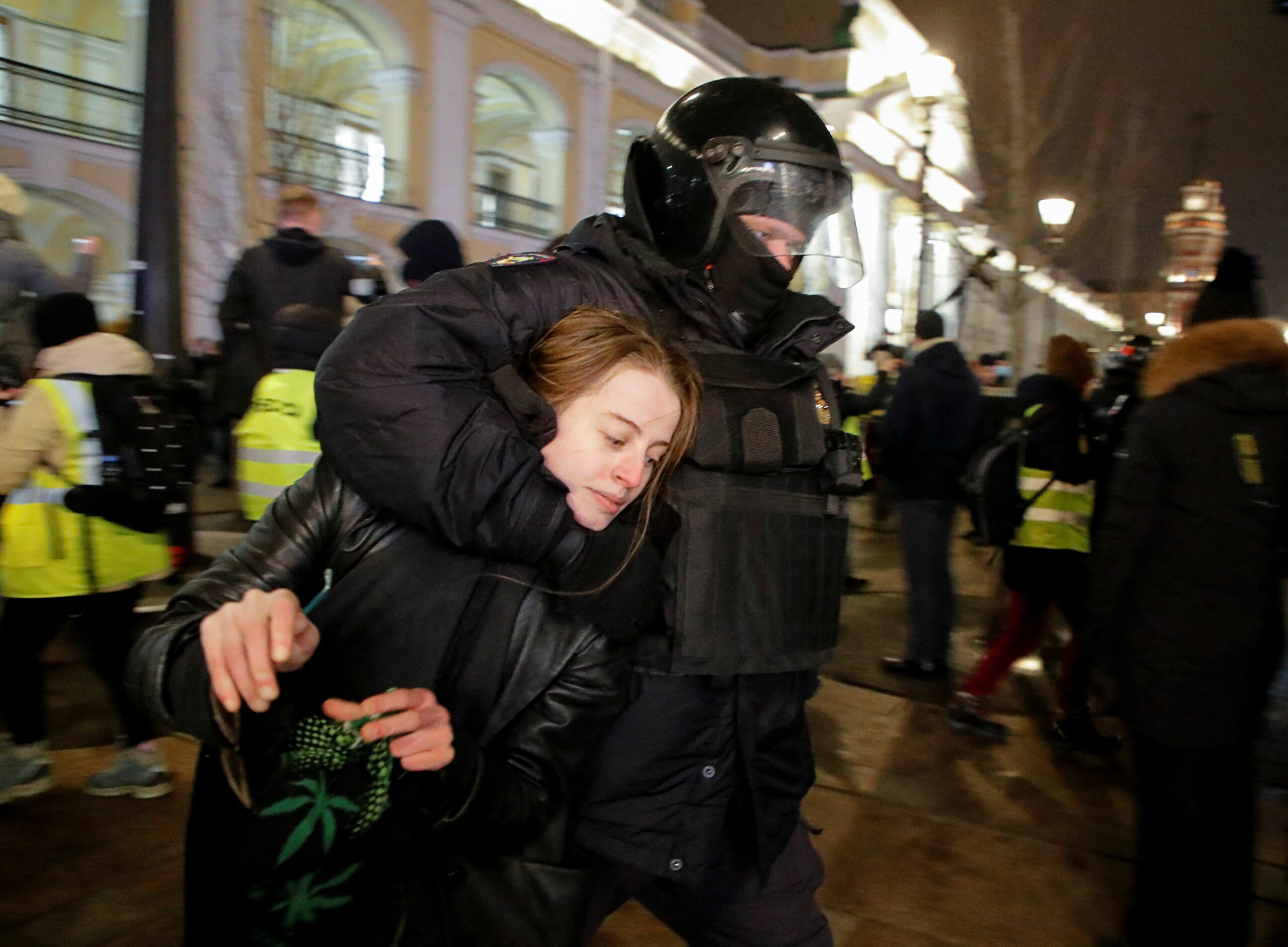 Hundreds of protesters were arrested this Wednesday in Moscow and Saint Petersburg, after political prisoner Alexei Navalny called on the Russians to protest against the invasion of Ukraine by Vladimir Putin’s regime.

In Saint Petersburg, Putin’s hometown, the police violently dispersed the protesters and arrested a hundred peopleaccording to a journalist from the agency AFP present on the spot.

In Moscow, the security forces closed the Red Square, near the Kremlin, and detained at least seven people who gatheredwhile loudspeakers warned people not to gather.

Wednesday’s demonstrations came hours after Navalny called daily rallies against the military assault on Ukraine, saying Russia must not be a “nation of frightened cowards” and calling Putin a “crazy little tsar”.

In Moscow, a woman dressed in a red coat shouted “No to war!” her before being dragged by the police to a van, according to a journalist from the AFP.

“It hurts me to see what is happening and do nothing”said to the AFP a man in his 50s, before being detained with his 17-year-old son.

“I couldn’t stay home. This war must be stopped.”declared to the AFP 21-year-old student Anton Kislov in St. Petersburg.

The independent monitoring group OVD-Info said that More than 7,000 people in total in Russia had been arrested in demonstrations over Moscow’s invasion of Ukraine that began last Thursday.

Navalny, 45, led Russia’s biggest protests against Putin in recent years and was the target of a poisoning attack blamed on the Kremlin in 2020. He is now serving a prison sentence on old fraud charges outside Moscow.

This is how to get to Kiev, the city from which everyone seeks to flee due to Putin’s bombs

The story of Sol, the journalist who covers the war and helped evacuate the daughter of a Ukrainian