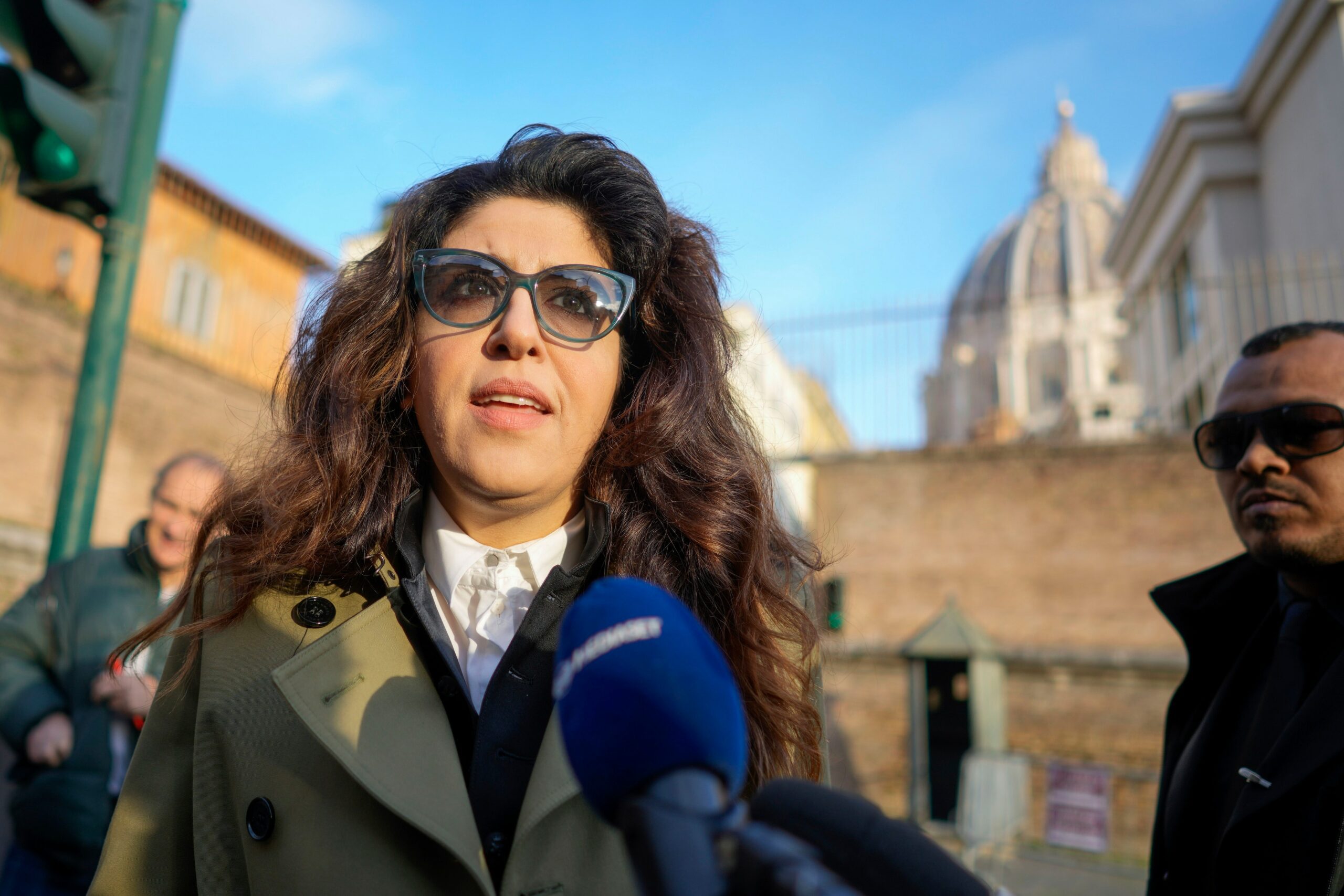 the cardinal Angelo Beciumain defendant in a trial in the Vatican for alleged financial irregularitiesit was again accused by the former consultant Francesca Chaoquí during a television program in which they even revealed compromising audio of an old collaborator of the high prelate.

becciu He is accused of embezzlement, misappropriation and also of having set up a kind of parallel diplomacy in a trial that since July 2021 has been trying to clarify alleged irregularities in the Vatican Secretariat of Stateof which it was number two until 2018.

The trial in the city-state criminal court originated in the investment of 350 million euros of the Holy See in a London residential property. Prosecutors have charged 10 people, alleging that Vatican monsignors and brokers fleeced the Holy See with tens of millions of euros in fees and commissionsand then they extorted €15 million from the Holy See to gain full control of the property.

chaouqui She is a controversial public relations expert known in the Vatican for having been a consultant in the economic reform of the Holy See and ending up sentenced in 2016 for the leak of confidential documents in the case. Vatileaks2″.

In an interview this Monday in the program “Non è l’arena” of the channel La7, chaouqui reiterated that it was Becciu who wanted his capture and then his sentencein what would have been a cardinal’s revenge by the consultant’s attempts to shed light on the most opaque financial operations carried out in the Holy See.

“Anyone who wanted to denounce their misdeeds was destroyed in the media. Maybe it’s the most hated woman in italy for having undergone this treatment,” said Chaouqui, a former member of the sewthe economic commission of the Vatican.

In 2015 the woman was accused of having leaked to journalists confidential documents, ended up being investigated and subsequently also arrested, despite being pregnant at the time. They were, Chaoqui told in the interview, “the worst years of my life”.

Chaouqui said that he will ask for the review of the process before the appearance of “new evidence” in his favor, while the one against Becciu continues, shocking the Vatican’s high hierarchies.

The audio that would compromise Becciu

Among the weapons with which this internal war is being waged in the Vatican is a unpublished audio broadcast by “Non è l’Arena” in which a former collaborator of Becciu, Monsignor Alberto Perlascatalk about the unorthodox methods used by the cardinal, including to manage money flows, as occurred in connection with the ransom demand for a kidnapped nun in Colombiawhich amounted to 500,000 euros.

“Becciu told me about this rescue and that the payment was wanted by the Holy Fatherhe gave me bank details and fees, he recommended that the operation not be done through the ior [el banco vaticano] so as not to make the Holy See appear ”, says Perlasca in the audio. “Transfers started from London and then it was discovered that it was a woman and that a company had been created by a woman in Slovenia and the money was also used to buy goods.”

In the audio, Perlasca, who was the administrative manager of the Secretary of State until 2019, seems to be reading something written. Chaouqui admitted that he proposed to the monsignor to record what he describes as “his reflections”.

On the other hand, the contacts between Chaouqui and Becciu were also abundant and frequent, since they exchanged more than 150 messages in total. She justified them with her need to bond with the man who was destroying her reputation.

Several experts on Vatican issues pointed out that the interview showed that the tensions in the vatican they are still very strong and the confrontation between factions does not stop.

The “trial of the century”

Chaouqui had already made his accusations against the cardinal public during a trial hearing last Friday, one of the most anticipated in the “trial of the century” in the Vatican.

At the hearing, number 44, Chaoqui came with a folder with thousands of documents to accuse Becciu but also emerged their pressures on Perlasca.

Perlasca was initially among the main suspects.but changed his story in August 2020 and began cooperating with prosecutors, blaming Becciu for the London investment and other questionable spending.

At the hearing it was learned that Chaouqui tried to pressure Perlasca to achieve a rehabilitation of the pope after his conviction, in order to work in the Vatican, a purpose for which he needed Becciu “acted as a bridge”.

About this, a message emerged in which he told Perlasca: “I know everything about you, about your relationships, that you drink more than you should, I have photos, videos, witnesses, I would like to I could destroy you.”

For his part, Becciu acknowledged having written a letter to the same pontiff to reproach him for allowing Chaouqui, convicted of the leaks, to participate in a general hearing at the Vatican in August 2017barely a year after his sentence.

Becciu read aloud the letter he wrote to Francis on August 19, 2022 after seeing photos of Chaouqui being received by Francis during a general audience the day before.

Becciu recalled that already in 2017, after the trial for the Vatileaks case, Francisco had told Becciu: “You must never mention this woman’s name again” and had reaffirmed the prohibition to enter Vatican territory.

“With yesterday’s gesture, Holy Father, you broke your much-proclaimed commitment to neutrality in the trial,” Becciu wrote to the pontiff. “By receiving it you have shown solidarity with it and indirect support for his accusatory theses against me. In procedural terms, his act will not be seen as emanating from the Pope, but from the First Magistrate of the legal system of the Vatican State, and therefore as an interference in the process.”

But also because the meeting implied a legitimization of the woman, according to Becciu: “With yesterday’s hand kisser I have been publicly denied and The lady will have more strength to continue demolishing me with all the satanic means of which she is capable”wrote.

Franciscothe same day, sent a apology letter to Becciu in which he said that he had only agreed to receive it because he had been asked to.

He claimed that he had “almost forgotten” the story of Chaouqui and that he had no idea that she was involved in the ongoing trial.

“I ask your forgiveness and I apologize if this has offended and hurt you,” Francisco wrote. “It’s only my fault, also from the habit of forgetting unpleasant things. Please forgive me if I have offended you.”

On the other hand, Becciu denounced that Chaouqui has “something” against him and denied that he was the one who ordered her arrest in 2015 after the news leak.

The second witness who testified on Friday in the Vatican Tribunal was a friend of Perlasca’s family, Genoveffa Ciferriand apparently instigator, together with Chaouqui, of the accusations against the cardinal.

He assured that “for years he has had Perlasca under his control”, who exercised “psychological pressure to silence him”, he even feared that he could be “eliminated” and said goodbye to the cardinal saying: “I will be his enemy like an army in battle”.

Mafia and a “ghost”: the disappearance of Emanuela Orlandi, the mystery that surrounds the Vatican in dark suspicions