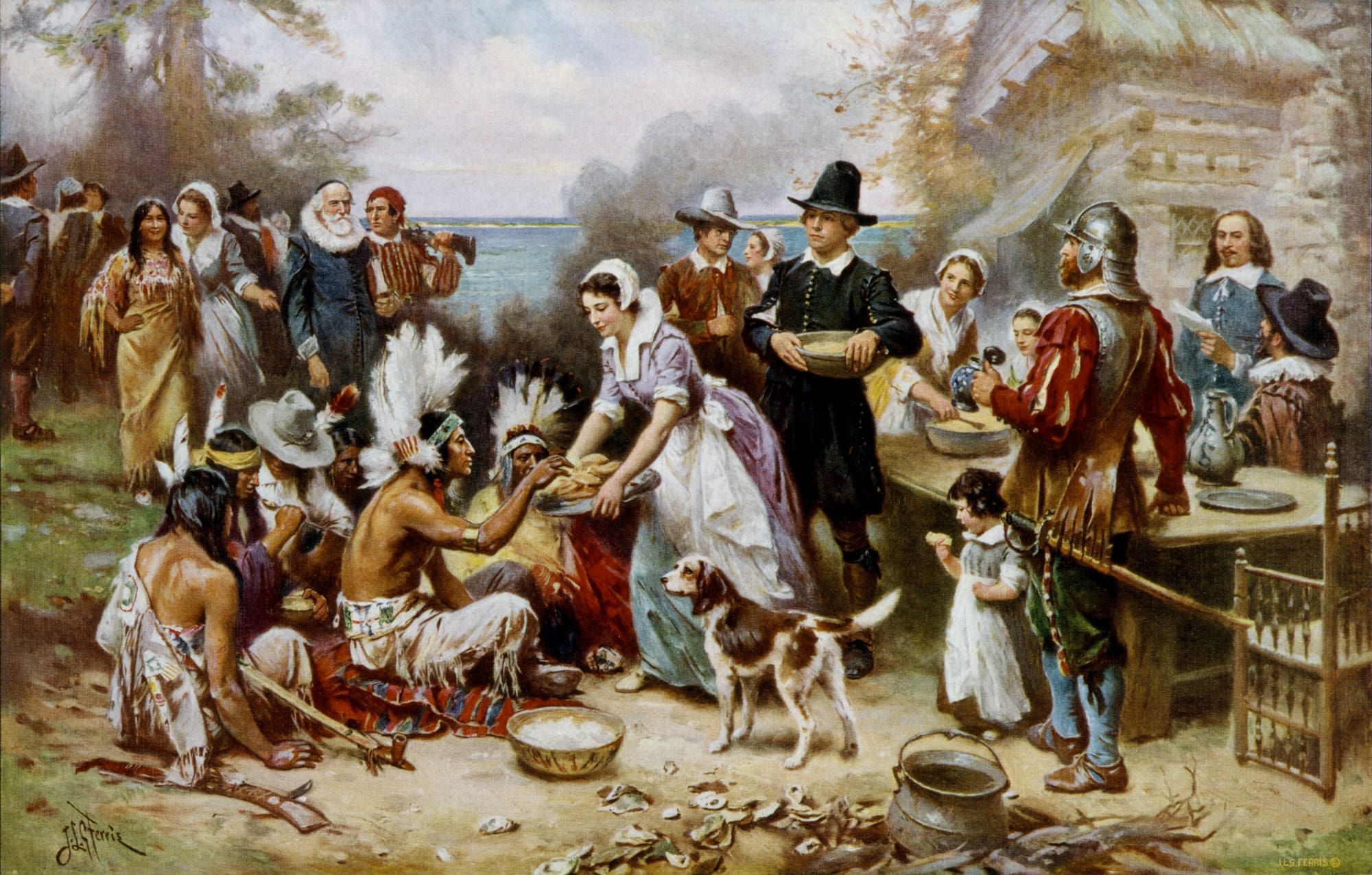 The day of Thanksgiving (Thanksgiving) is many things in the USA: it is a family party as much or more important than Christmas, it is the record time of internal travel, it is the beginning of the end of the year shopping season since the next day, Black friday (Black Friday) the famous offers are presented that cause avalanches in stores and greatly increase e-commerce.

And it is also a country identity mark: the date when the first Europeans in the American territory, the colonists, they appreciated the gifts received. Most of the time the object of gratitude was a good harvest, but there was also less idyllic circumstances to celebrate, like peace after a battle with local indigenous people.

The one in this 2021 It will be one of the most particular after the pandemic gave a greater respite since last year’s celebration: more movement of people is expected than in 2020 to reconnect with families and eat Baked turkey with a cornbread and herb filling, garnished with cranberry sauce and accompanied by legumes, sweet potato and puree. Hot spiced apple cider is the traditional drink, and dessert, pumpkin pie and pecan pie.

It is believed that arrived on the Mayflower in Massachusetts they shared with the natives Wampanoag the first Thanksgiving in 1621, as a form of celebrate the understanding of the two groups at the same time, which had now been seven months, and a good harvest: the first for a group of Europeans who the previous year, after arriving on the continent without preparation or food for the winter, had resorted to the theft of corn from Aboriginal graves and warehouses.

One of the pilgrims, Edward Winslow, wrote that it was a party in which the indigenous king Massasoit participated with about 90 men, “whom we entertained and gave banquets for three days”. That document, published in 1941, showed that there was little prayer and fasting on Thanksgiving, as was previously believed.

However, some historians argue that the original celebration was in the north, in the seventeenth century and with the pilgrims: they attribute it to the Spanish settlers in Florida, who in 1565 gave thanks in a celebration where St. Augustine is today. Others speak of the Spanish in Texas in 1598.

That seven-month peace with the Wampanoag would last 50 years. And it had less to do with the locals’ intention to get along with the newly arrived whites (who, without their own seeds or fishing knowledge, seemed helpless) than with the need to strengthen their position, weakened by an epidemic that nearly decimated them, against their rivals from the Narragansett tribe. The truth is that the festival shared by pilgrims and aborigines became known, and in 1623, with the promotion of Governor William Bradford, was formalized as a tradition.

The choice of Thursday as the day A holiday, which in other countries seems as rare as Tuesday for the elections, took place little by little. According Thanksgiving: The Holiday at the Heart of the American Experience, by Melanie Kirkpatrick, at the beginning it depended on when what was celebrated happened. The Plymouth party of 1623, for example, was held after a rain that ended in a dangerous drought.

But other factors were also involved. The Puritans observed Shabbat; Catholics fasted on Friday and prayed on Sunday. Thursday, the day of religious readings for those who had time, began to be a favorite.

Although George Washington was the first to formalize Thanksgiving in 1789, so that Thursday November 26 would be dedicated “to the gratitude and prayer of the people”, was another president, Abraham Lincoln, who in 1863 declared that the last Thursday in November would be the national holiday. “In the midst of a Civil War of unparalleled magnitude and severity, the American people should have a time for gratitude.”.

Shortly before, in 1851 Sarah Josepha Hale, editor of the women’s magazine Godey’s Lady’s Book, had summoned a letter campaign from its readers, so that they would write to the presidency to be appointed on the last Thursday of November like “National Thanksgiving Day“, which was only a recommendation since 1789.

He offered a detailed argument: “All the harvests have been done, the summer travelers have already returned home, the diseases that usually afflict some areas of our country in summer and autumn are over. And we are all prepared to enjoy a Thanksgiving DayAnd on September 28, 1863, she herself sent her letter to Lincoln. The declaration was made on October 3 for the last Thursday of November.

Until in 1939 another president, Franklin Delano Roosevelt, changed the date. That year the last Thursday in November was 30: FDR changed it to 23, that is, the penultimate, so that merchants would have one more week of sales opportunities between Labor Day (first Monday in September) and Christmas. There was controversy: 22 states changed the date, 23 stayed with the celebration on the 30th, two declared both days and one decided that there would be no official Thanksgiving.

Two years later, FDR called a press conference to announce that the experiment had failed: traders had not made any profit. Was the only change to his New Deal policy that he retracted. And on December 26, 1941, he signed a resolution in conjunction with Congress to declare that Thanksgiving would be neither the last nor the penultimate, but the Fourth Thursday of November.

Although John Fitzgerald Kennedy was the first to spare a turkey’s life (“Let this one grow,” he said in 1963, “it’s our Thanksgiving gift to him”), it was George HW Bush who in 1989 formalized the tradition of official forgiveness of a turkey each year.

Why Dallas and Detroit Always Play During NFL Thanksgiving