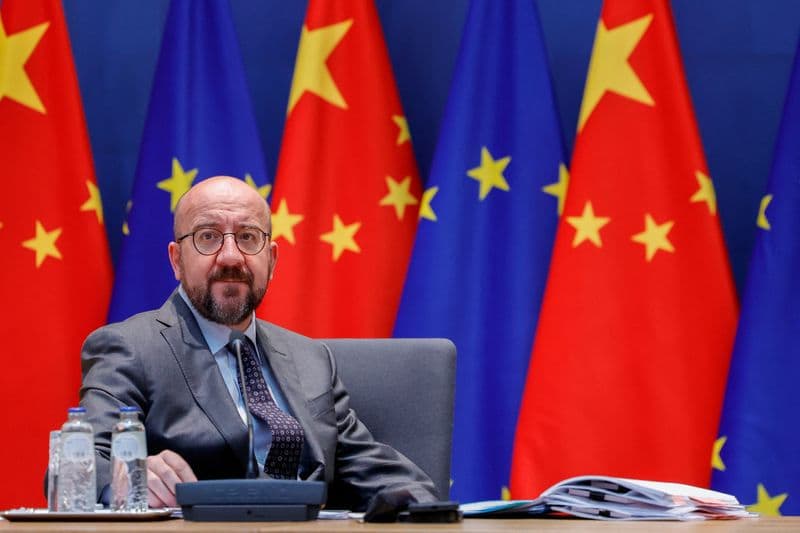 The chinese authorities After organizing a major trade exhibition in shanghai they withdrew a speech of the opening ceremony of the President of the European Council who criticized the “illegal war” of Russia in Ukraine and called for less trade dependence on China, European diplomats said.

The prerecorded video of Charles Michael was destined to be one of several world leaders and heads of international organizations, including the Chinese president, Xi Jinpingat the opening of the China International Import Expo (CIIE) on Friday, they told Reuters three European diplomats.

The diplomats, who cannot be identified due to the sensitivity of the matter, said they were surprised the speech was removed.

“The President (of the European Council) Michel was invited to address the 5th Hongqiao/CIIE Forum in Shanghai“, said to Reuters Barend Leyts, a spokesman for Michel. “As requested by the Chinese authorities, we had in fact provided a pre-recorded message that was ultimately not shown. We have addressed this through normal diplomatic channels.”

Other dignitaries who did speak at the ceremony after Xi included the managing director of the International Monetary Fundthe CEO of the World Trade Organization and the presidents of Indonesia, Sri Lanka and Belarusaccording to the official website of the exhibition.

Alexander Lukashenkopresident of Belarus, is a staunch ally of Russian leader Vladimir Putin, whose country has hosted thousands of Russian soldiers before and during what Moscow calls a “special operation” in Ukraine.

Focus on Russia and trade

The speech by the President of the European Council was very critical of Russia’s “illegal war against Ukraine” and said Europe is drawing “important lessons” from it, according to excerpts of the speech provided by European diplomats.

Europe has depended too much on Russia for fossil fuels, which has caused a trade imbalanceMichael said.

Michel was also willing to ask China to do more efforts to end the bloodshed in Ukraine.

China has consistently refused to criticize Russia’s aggression that has devastated cities in Ukraine and killed thousands of soldiers and civilians since it began on February 24.

“China has a role in using your influence to stop Russia’s brutal war… through its so-called “no-limits” partnership with Russia,” Michel said, referring to a pact announced by Xi and Putin in Beijing before the war began. “You China can help put an end to this.”

Both Xi and Michel are expected to attend and meet at the summit of heads of state of the Group of Twenty (G20) in Bali next Tuesday and Wednesday.

The President of the European Council is one of the most senior leaders of the European Union whose role includes representing the bloc at international summits and bilateral summits with other heads of state.

Since 2019, the EU has officially regarded China as a partner, an economic competitor and a systemic rival.

The EU’s foreign policy service said in a document last month that Beijing should now be viewed primarily as a competitor that promotes “an alternative vision of the world order”.

Infographics: What’s at stake in the US election and what the key battles will be

From unipolarism to bipolarism: the recent and accelerated mutation of US military strategic thinking