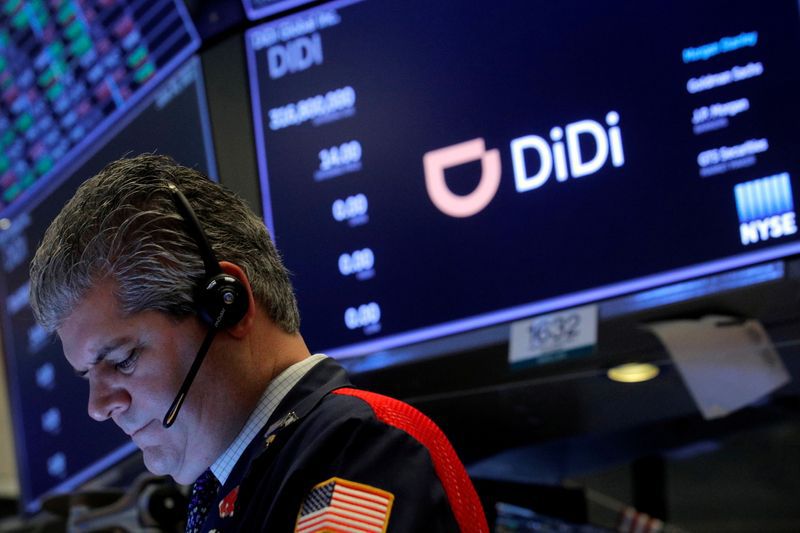 Regulators of the Chinese regime have ordered the executives of the trucking giant DiDi Global Inc. that they design a plan to stop trading in the NYSE arguing alleged concerns for the security of your data, reported Bloomberg News. The technological control body of China wants the managers of DiDi take the company out of the stock market USA for the concern that I knowfilter sensitive data“, according to the article.

Neither DiDi not even China Cyberspace Administration (CAC) responded to requests for comment from Reuters. Investors’ shares of Didi, SoftBank Group Corp and Tencent Holdings, fell more than 5% and 3.1% respectively after the publication of the article.

Proposals under consideration include a direct privatization or an IPO in Hong Kong followed by a withdrawal from trading in USA, according to the article. If privatization takes place, shareholders will likely be offered at least the initial public offering price of $ 14 per shareSince a lower offer so soon after its June IPO could provoke lawsuits or resistance from shareholders, the outlet said, citing sources.

The company came into conflict with the Chinese authorities when it went ahead with its listing on New York, despite being urged by the Chinese regulator to put it on hold while a cybersecurity review of its data practices was carried out, sources have told Reuters.

Shortly after, the CAC initiated an investigation on DiDi in connection with the collection and use of personal data. The Chinese regulator said the data had been illegally collected and ordered mobile app stores to recall 25 DiDi-operated mobile apps.

DiDi It then responded by saying that it had stopped registering new users and that it would make changes to comply with regulations on national security and use of personal data, and that it would protect the rights of users.

Chinese tech giants are under intense state scrutiny for their antitrust behavior and handling of their vast archives of consumer data., before what Beijing it tries to stop its dominance after years of growth without limits. Analysts also believe that by controlling the most important technology firms, it will be able to monopolize that dominance over the data of citizens, not only in China, but in those other countries where these companies operate.

SoftBank Vision Fund owns 21.5% of Didi, followed by Uber Technologies Inc with 12.8% and Tencent with 6.8%, according to a June Didi filing.

DiDi had raised $ 4.4 billion on its entry to Wall street, the highest amount for a Chinese company since Alibaba in 2014.

The signing of contracting routes with a driver has been greatly impacted by the regulatory measures taken by Beijing on large local technology companies, which also affected Alibaba, Tencent or Meituan.

Founded in 2012 by Cheng Wei, former Alibaba manager, DiDi managed to throw out China’s Uber in 2016 after an all-out price war. It is currently available in 15 countries, including Russia and Australia.

The application claims to have 15 million drivers and more than 500 million users.

(With information from Reuters and Bloomberg) .-

DiDi, one step away from giving up control of its users’ data to satisfy the Chinese regime

DiDi: data, temptation and blow from the Chinese regime