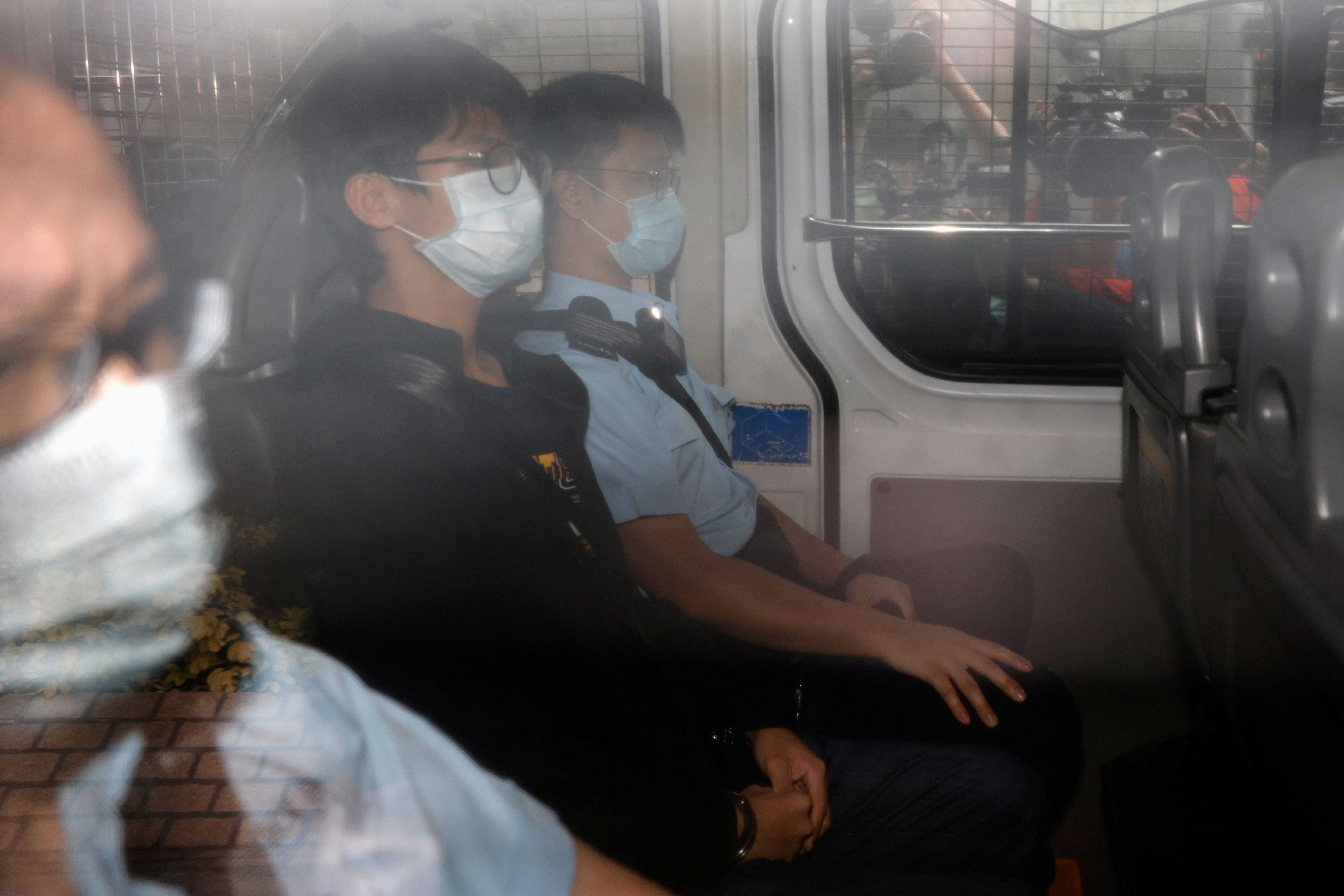 A young Hong Kong pro-democracy activist was sentenced to three and a half years in prison on Tuesday after pleading guilty to “secession.” under the drastic national security law.

Tony Chung, 20, is the youngest activist ever convicted under this legislation.n, imposed in June 2020 by Beijing, and which makes it possible to muzzle any dissent in this financial center, previously considered a privileged place for freedom of expression.

At the beginning of November, he pleaded guilty to the charges of “secession” and another of “money laundering”, while declaring, with provocation, that “he had nothing to blame himself for.”

Tony Chung was the head of a student association, Student Localism, founded in 2016 and demanding the independence of Hong Kong.

Beijing imposed this national security law to end the huge and often violent demonstrations that shook the city in 2019. Student Localism was dissolved within hours of its entry into force.

They also seized T-shirts, flags and independentist books from your housesaid the prosecutor. The money laundering charge was related to the donations you received through PayPal.

Like other anti-government organizations, Studentlocalism is dissolved before Beijing imposed the security law in June 2020, to punish everything it considers subversion, secession, terrorism and collusion with foreign forces with up to life imprisonment.

The vast majority of Hong Kong people do not support independence, but any mention of the idea is a problem for Beijing.

Since the enactment of the security law, Hong Kong has given a quick authoritarian turn, with most democratic politicians now in jail or in exile. Dozens of civil society organizations have withdrawn and some international rights groups have left the city.

Chinese and Hong Kong authorities They deny that the security law tramples on individual rights and say the legislation was necessary to restore stability after massive street protests in 2019.

The former British colony returned to Chinese rule in 1997 with the promise of a high degree of autonomy. Democracy activists and some Western governments say that CHina broke that promise, a charge that Beijing vehemently denies.

In all, four other men have been convicted following the imposition of the new national security law, and more than 150 people have been detained by the regime.