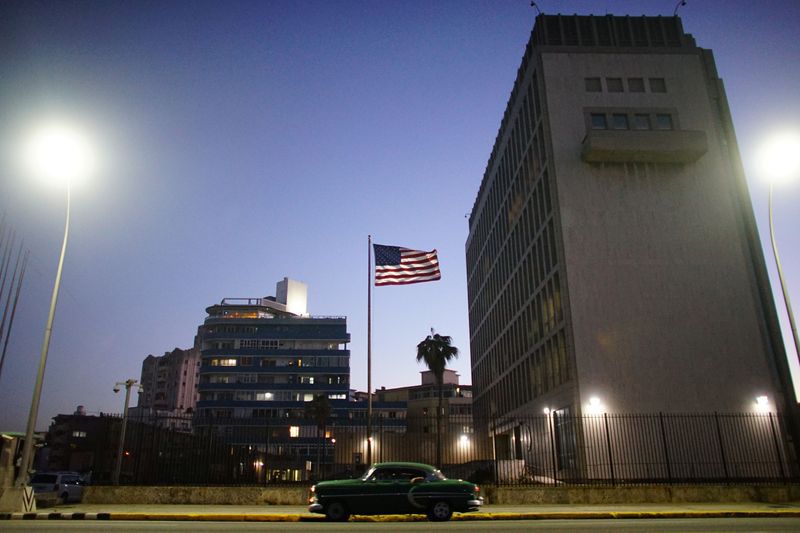 CIA Director William J. Burns has warned Russia‘s top intelligence services that they will face “consequences” if they are found to be behind the series of mysterious incidents known as “Havana syndrome” that affected US diplomats and spies around the world.

Anonymous sources familiar with the matter reported that Burns made the point during a visit to Moscow earlier this month, where he met with officials from Russia’s Federal Security Service (FSB) and the country’s Foreign Intelligence Service (SVR). In that occasion, told them that the severe brain damage and other ailments generated by the acoustic incidents were beyond what was acceptable “for a professional intelligence service.”

Nevertheless, The warning did not imply that Burns held Russia responsible for what US officials called “abnormal health incidents” or IAH.. The fact that Burns issued the warning with the conditional “yes” suggests that after four years of investigations across multiple administrations, the United States government is still unable to determine the cause of the episodes.

However, the director’s decision to raise the possibility of Russian involvement directly with his counterparts in Moscow demonstrates the deep suspicion the CIA has of the Kremlin’s guilt.

The CIA declined to comment on Burns’ warning to the Russians, which had so far not been reported. The Russian embassy in Washington also did not respond to requests for comment.

Moscow has denied any involvement in the incidents of the so-called Havana Syndrome, a phenomenon named after the Cuban capital, where US diplomats and intelligence officers first reported unusual and varied symptoms, ranging from headaches and vision problems to dizziness and brain injury, which began in 2016.

With everything, the main purpose of Burns’ trip to Moscow was to inform the Kremlin that Washington was watching the build-up of troops on the Ukraine border and would not tolerate a military attack on the countryauthorities said.

His appearance in Moscow at the urging of President Biden was designed to convey Washington’s seriousness. The CIA chief, a former undersecretary of state and ambassador to Russia, has handled some of the president’s most sensitive missions, including high-level engagement with the Taliban after he came to power in Afghanistan.

The inability to determine the cause of health incidents irritates members of Congress and enrages diplomats and affected US intelligence officials.

The Joe Biden administration has tried to show that it takes these cases seriously and encouraged employees throughout the federal government to report any potential health problems they may be experiencing.

In fact, in recent months, two top US officials were replaced after being accused of not taking such incidents seriously enough: the head of the CIA station in Vienna, where dozens of US spies and diplomats have reported on IAH, and Ambassador Pamela Spratlen, top State Department official overseeing the Havana Syndrome cases.

Burns publicly described the incidents as “attacks” and some US officials suspect they were the work of Russian operatives. Other officials have attributed them to a psychogenic illness experienced by people working in a high-stress environment. Those blaming Russia speculate that it may be using weapons to make American personnel sick. Others have noted that there is little evidence linking energy weapon use to reported symptoms.

Last July, Burns placed a senior CIA officer who played a leading role in the search for Osama bin Laden in charge of the task force investigating the cause of the diseases.

In August, Two American employees in Hanoi reported symptoms just before Vice President Kamala Harris arrived in the Vietnamese capital on an official diplomatic trip. The diagnoses delayed his visit for a few hours.

In September, an intelligence officer traveling with Burns in India reported symptoms of Havana syndrome and required medical attention, current and former officials said. Some saw that incident as a message to CIA leaders that they too can be attacked anywhere.

Total, More than 200 health incidents were reported worldwide in the last five years, on all continents except Antarctica, but there is still no clear pattern to explain them. In some cases, US employees have reported symptoms related to Havana syndrome, but upon further diagnosis, the ailments were attributed to other factors, a senior administration official said.

The mysterious incidents sparked rare bipartisan support behind the Havana Act, a bill that Biden signed last month that creates a federal program to compensate US diplomats, intelligence officers and other officials who have suffered injuries. Traumatic brain disorders associated with Havana syndrome.

“We are leveraging all the resources of the US government to provide first-class medical care to those affected and to get to the bottom of these incidents, including to determine the cause and who is responsible.”, Said Biden when signing the project.

The mystery of the Havana Syndrome adds another layer of complexity to the relationship between the United States and Russia, as the Biden administration tries to determine whether the concentration of Russian troops along the border with Ukraine is a show of force or the preamble. of a large-scale invasion.

The government is trying to downplay the situation amid calls from Republicans to send more military aid to Ukraine. “We are not sure what Mr Putin is doing“Defense Secretary Lloyd Austin said last week.

In recent weeks there have been a series of diplomatic contacts between American, Russian and Ukrainian officials. In addition to Burns’ discussions with FSB and SVR officials, he also reportedly called Russian President Vladimir Putin while in Moscow and met with the head of Russia’s national security council, Nikolai Patrushev. Blinken, for his part, met with Ukrainian President Volodymyr Zelensky on the sidelines of the UN climate summit in Glasgow, Scotland, this month, and a senior State Department official was recently dispatched to Ukraine’s capital Kiev.

A CIA veteran will lead the investigation on the “Havana syndrome”: the mysterious sonic attacks in Cuba

The Cuban dictatorship arrested 45 minors for participating in the protests: some face sentences of more than 10 years in prison