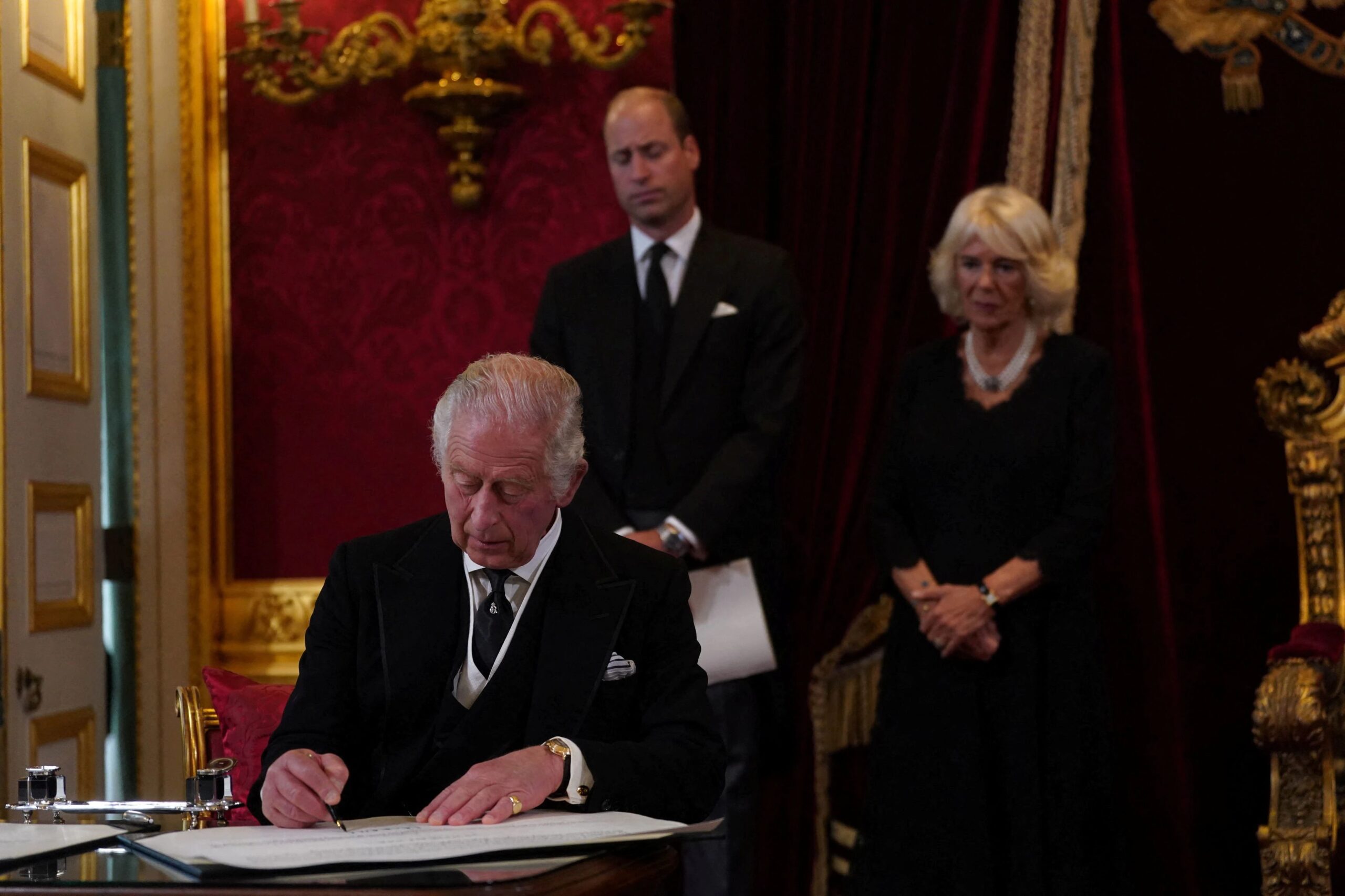 King Charles III was officially proclaimed the new monarch of the United Kingdom this Saturday at St. James’s Palace in a historic ceremony, which included two moments that went viral in the media and social networks.

During the signing of the Proclamation of Accession, marking his official accession to the British throne, it was seen how an obfuscated Carlos asks an assistant on two occasions to remove the tray of pens from his desk before continuing to write..

The footage shows the new king gesturing nervously and waving his hands frantically to get the aide’s attention until he finally achieves his goal, clearing the table.

These gestures of Carlos III generated a great controversy in social networks. “The servant must clean my desk for me. I can’t be expected to move things.”joked a Twitter user who was watching the live broadcast, and another added: “First day on the job and he’s fed up.”

The death of Queen Elizabeth II on Thursday, after 70 years on the throne, set in motion long-established and highly choreographed plans for the days of national mourning and the state funeral to be held in just over a week.

Carlos, 73, immediately succeeded his mother, but the Accession Council met this Saturday to proclaim him king, with his son and heir William, his wife Camila and the new British Prime Minister, Liz Truss, among those who signed the proclamation.

“Prince Carlos Felipe Arturo Jorge now becomes, due to the death of our sovereign lady of happy memory, our King Carlos III. God save the king!”, proclaimed the Ascension Council meeting at St. James’s Palace in London.

“The reign of my mother was unmatched for its duration, dedication and devotion”, affirmed after his proclamation the new sovereign of 73 yearswho said he was “aware” of the “great heritage” and of his “duties and heavy responsibilities.”

His proclamation was later read to the public from a balcony at Saint James’s Palace, to the sound of the royal trumpeters and in the presence of the royal guard with their ostentatious black bear hair hats, as well as a large group of onlookers.

Following a centuries-old tradition, another public proclamation took place in various parts of the country such as the City, the financial heart of London. Representatives of their local government paraded dressed in their colorful medieval uniforms and carrying a golden scepter and a heavy sword as symbols of power.

No British sovereign has waited so long to take the throne. and Carlos III will have to wait a little longer for his coronation ceremony, still without a date. His “beloved mommy” waited more than a year.

The rise of Carlos III, much less popular, opens a delicate period for a monarchy facing multiple challenges, from the desire to distance some Commonwealth countries (British Commonwealth) to criticism of its colonial and slave past.

Furthermore, the country, which has seen four prime ministers in six yearsis suffering one of its worst economic crises in recent decades, as well as divisions caused by Brexit and the desire for independence in Scotland and Northern Ireland.

With information from AFP and Reuters