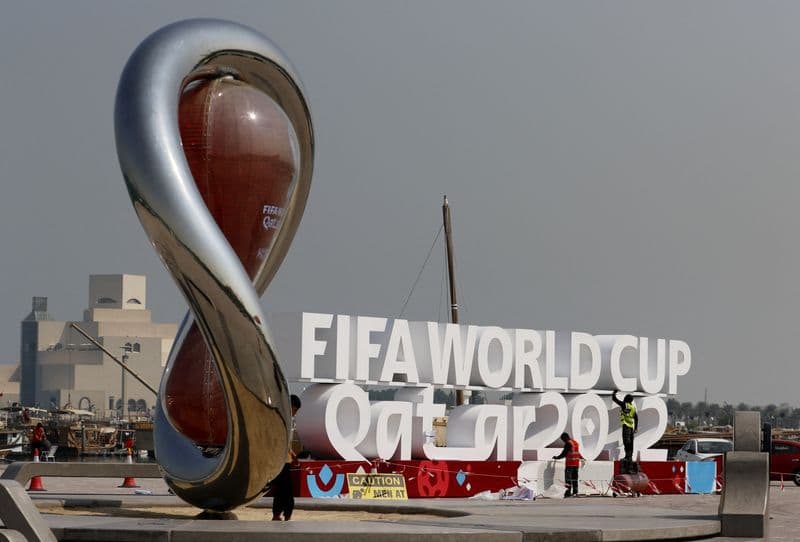 There are only days left for the kick-off whistle to sound at Qatar’s Al Khor Stadium, where the locals will face Ecuador at the opening of the World Cup event. This cup has different peculiarities, since it is played in an exotic territory and there are several things that must be taken into account, even for visitors there are several prohibitions that, in case of non-compliance, could be sanctioned.

Those who have in their agenda to travel to Qatar and enjoy the best teams in the world, must be careful due to the social norms that govern in this territory, where the religion of Islam predominates and its communities have some misgivings about the subject, being considered as somewhat conservative, however, it must be taken into account that tradition prevails in the place.

Prohibitions at the Qatar 2022 World Cup

Emotions will have to be saved for the return home, since hugs, kisses or even holding hands is prohibited, as it is not well seen by Qatari society, clearly the exception applies to married or engaged couples, however, these they could not exceed in their action.

The consumption of alcohol or different drinks containing this compound is illegal, but on public roads, however, it is not well seen anywhere, unless it is in closed spaces and with a license. For the World Cup, it will be allowed with certain exceptions, which must be consulted with the local authorities, including the authorization of spaces by FIFA and Qatar, in addition to authorized hotels or bars.

The photographic record of government or institutional buildings in this country, in addition to places of worship known as mosques, is prohibited, as it is considered a violation of the law. Similarly, photography of women from the Muslim culture is restricted.

Taking into account the respect for the culture and norms of socialization, any relationship outside the commitment could be sanctioned by the Qatari authorities and justice.

All material corresponding to other religions is prohibited, since Islam is the religion that governs this territory.

The effusiveness in open spaces is prohibited, because shouting in the streets or outdoors is not well seen either.

This group will have different limitations, because although entry into the country was enabled, they could be penalized and even pay prison sentences, clearly, if they show any affective attitude in public. However, it is important to follow FIFA’s recommendations on its website, as some hotels have denied accommodation to members of the LGTBIQ+ community.

All these recommendations could be subject to change until the start of the World Cup, as the public insists on extending freedoms.

In recent days, the position of Jürgen Klopp, Liverpool coach who is also known for directing the Colombian Luis Díaz, became known. For the German, the development of the World Cup in this country is ridiculous, since he considered that the very construction of the stadiums has been inhumane.

At a press conference, he highlighted:

“I’ve been thinking: oh wow, it’s hard to build stadiums in Qatar because you have to do it in the summer in 50 degree heat or whatever. That’s not good for a person, being out in the sun doing physical work. It’s impossible, to be honest. But nobody has thought about those workers.”