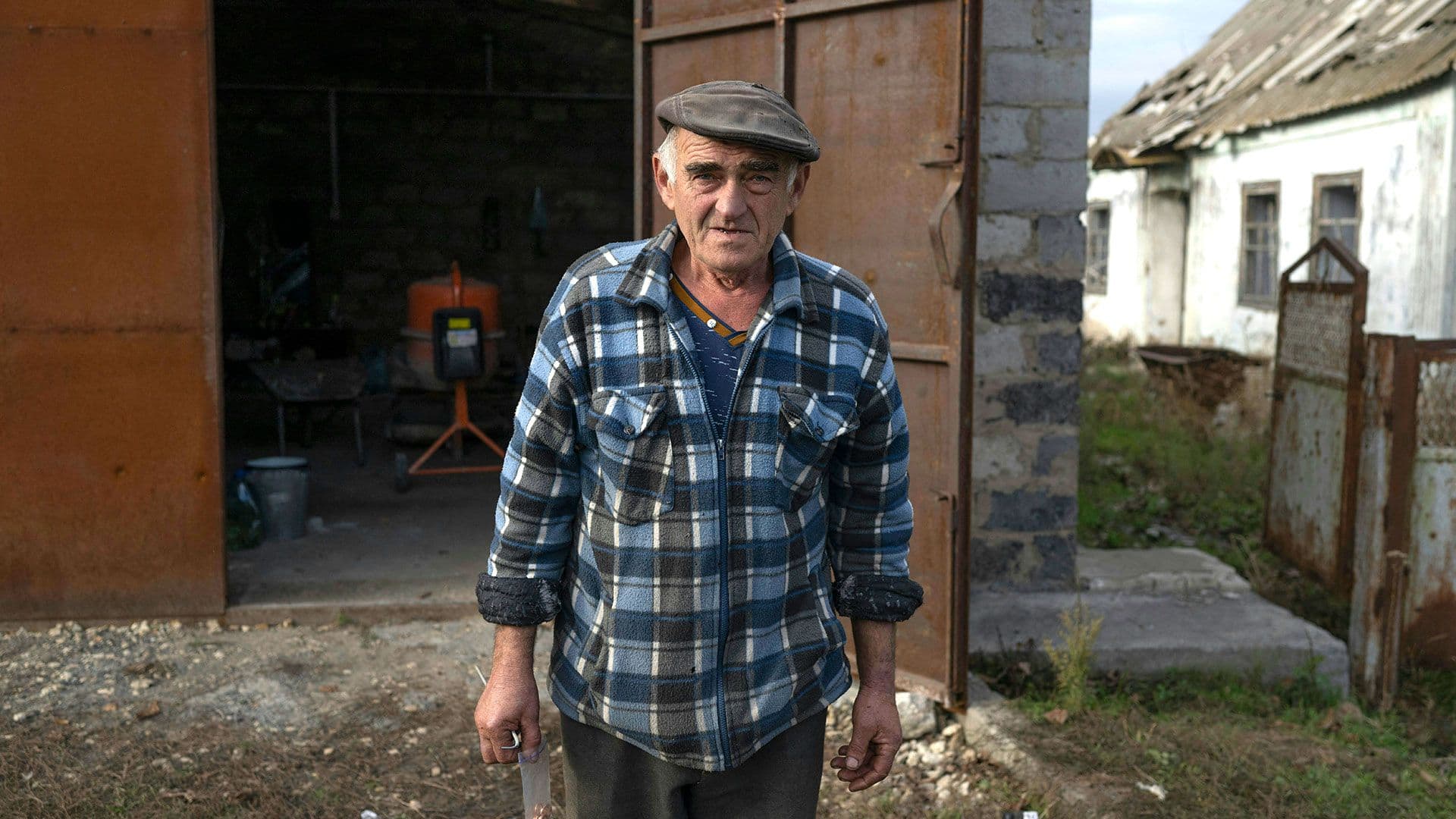 He is a tractor driver and she is a nurse. For months, despite artillery fire, the couple helped hundreds of Ukrainians flee the Russian occupation of a town in the south of the country with an inflatable boat. “God forgave us”, says convinced Anatoliy Maystrenko, 63 years old and both he and his wife Antonina Voytseshko, 59 years old, continue to wonder how they managed to survive.

Over the course of six months, they helped numerous people flee Arkhangelskea town located northeast of the city of Kherson and that it was occupied by Moscow troops. From a boat, the couple helped the inhabitants so that they could cross the river Inhuletswhich runs through Arkhangelske.

Kherson and its homonymous region are currently one of the most critical points of the conflict. The Ukrainian Army tries to recover them with a counteroffensive. Traces of the war can still be seen on the land around Maystrenko, even though Russian troops were expelled a month ago. In some parts, there are still bloody Russian uniforms, in others it smells like a corpse. And in the distance, deafening explosions rumble regularly.

“They had to see us”

Since April, a few weeks after the Russian army invaded the region, Antonina Voytseshko began to meet with the inhabitants of the surrounding villages in a secret place, near the river. She was waiting for her husband, Anatoliy, He installed them in the pneumatic boat, to take them there, by oar, to the territories controlled by Ukraine.

“The shells were falling on the shore while we were in the water. We have lived through all the possible ups and downs”, he tells AFP. On the way back, he claims that several times transported teams of saboteurs from the Ukrainian army or even intelligence agents. “The Russians did not authorize the vehicles to leave (the town), but strangely they authorized us to go to the river”Antonina explained to AFP.

“We still don’t know” why the Russians let us do it, keep going. “They have had to see us, necessarily. They watched us all the time.”

Later, with the arrival of the boreal autumn, the Ukrainian counteroffensive in the north of the Kherson region towards the Inhulets forced the Russian soldiers to fall back to the south, in a new setback for Moscow, which had just lost thousands of km2 in the northeast of the country. On October 3, Arjanguelske was liberated and the Russian troops were trapped between the Inhulets and the Dnieper. In parallel, another offensive advances from the west towards the regional capital, Kherson, the largest city captured by the Russians since the beginning of the invasion.

Tamara Propokiv, 59, explains that entrusted her two daughters to the couple of boatmen to escape from the occupied zone.

She stayed in her village of Visokopillia, where she owns a shop. There, despite the Russian withdrawal, the streets remain dangerous, with numerous mines and booby traps.

Last week, twelve civilians had to be hospitalized for the explosion of hidden devices, according to the army. At least one of them died.

“For the Russians, you were nothing and they were the bosses”Tamara recalls.

“They never hurt me or hit me. But I was never offered anything to eat when I was hungry”, she adds, when asked about life on the occupation.

When, after months under Russian control, a neighbor told her that the Ukrainian army was back, Tamara was stunned.

“The soldiers hugged me so tight that I had the impression that they were my children,” he says, on the verge of tears.

Zelensky accused Iran of lying about supplying drones to Russia and assured that at least 10 unmanned ships are shot down daily.