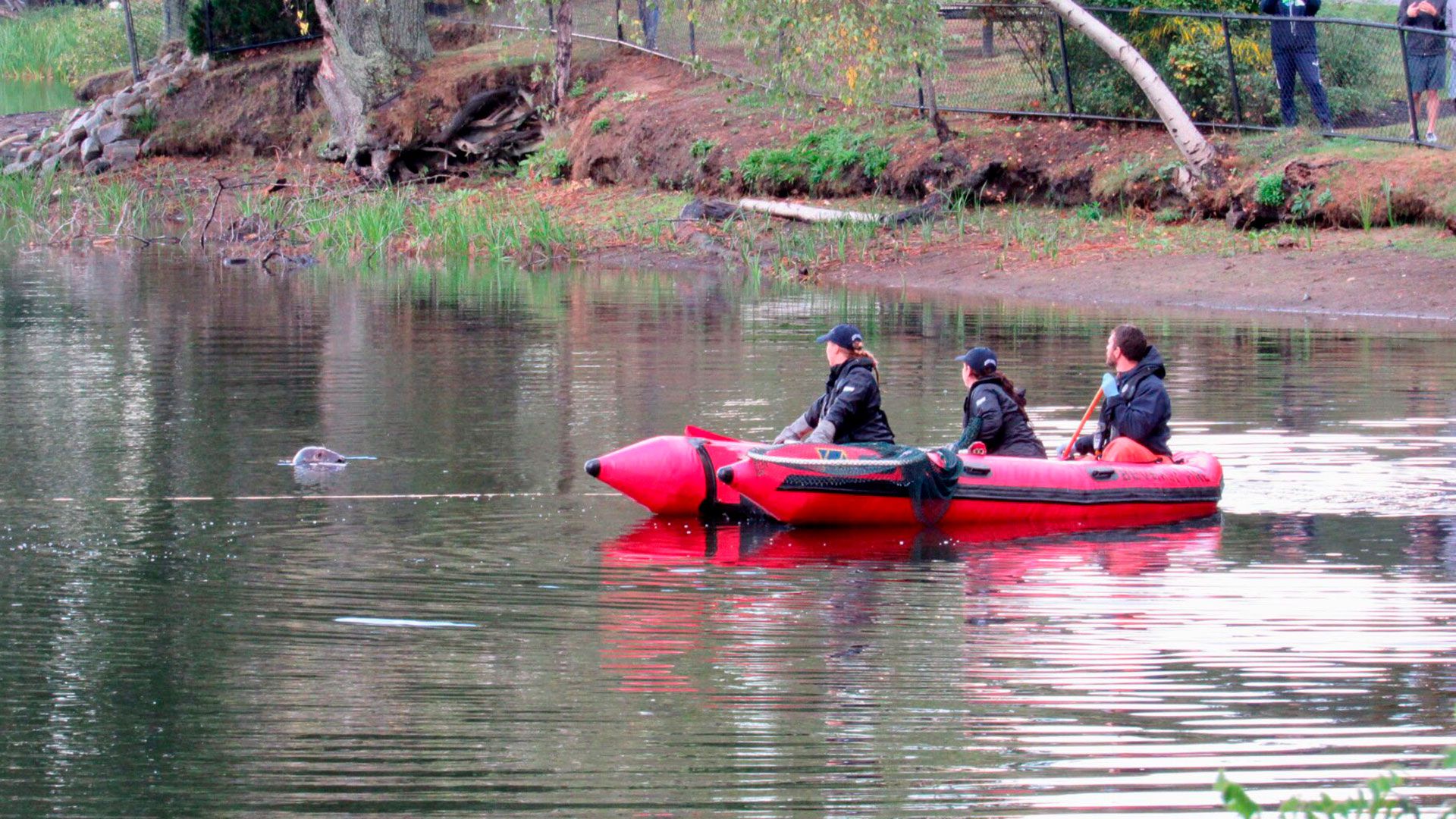 A gray seal that wandered into a pond of Massachusetts and eluded the attempts of the authorities to capture her “surrendered” on Friday after approaching the local police station.

The gray seal first appeared earlier this month at Shoe Pond in the town of Beverly, northeast of Boston. The animal is believed to have reached the pond from the sea through a river and drainage pipes.

The seal quickly became a local attraction and was even named after “Shoebert” by the pond he had chosen.

Firefighters and wildlife experts used boats and giant nets to try to capture the cunning animal on Thursday, but gave up after several fruitless hours. Nevertheless, Early Friday morning, Shoebert walked out of the pond, crossed a parking lot, and appeared at the side door of the local police station. seeking “some help,” according to a police statement.

The seal was quickly rounded up by a team of wildlife experts, firefighters and the police department’s “entire midnight shift,” according to a Facebook post from the Beverly Police Department.

“Shoebert seemed to be in good health and he was a little cheeky in the early hours of the morning,” the department noted.

The seal was transported to Mystic Aquarium in Mystic, Connecticut, where aquarium staff will conduct a medical exam before releasing it back into the wild, Sarah Callan, manager of the aquarium’s animal rescue program, wrote in an email.

“He behaves like a typical 4 year old gray sealCallan added. “We are planning to release it in a quiet and remote location near other seals.”

“Give me your hand like a man”: Queen Letizia’s approach to the Spanish ambassador to the US

Video: a plane suffered an impressive technical problem in the air and had to make an emergency landing